Home » World News » US snow: Coldest weather in 3 years set to grip the US with blistering winds of -42C 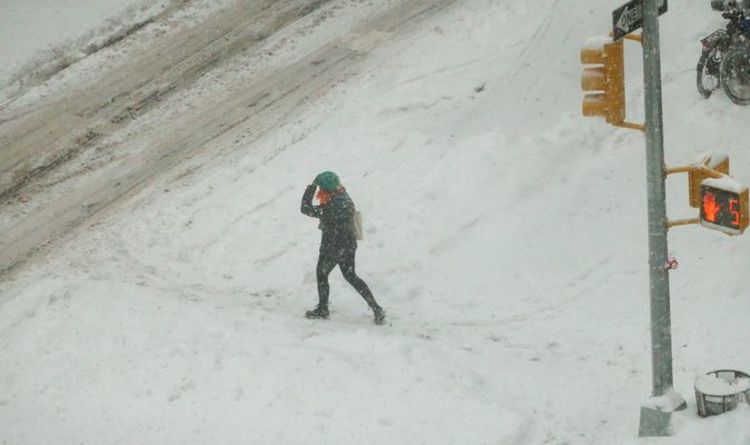 UK weather: Bright in the north but dull and damp in the south

In the Northeast and New England wind chills were forecast to bring the temperature down as low as -37C.  This meant that on Monday morning 15 million people were under wind chill alerts.

Monday was the coldest day of the week in the Upper Midwest and Great Lakes with temperatures increasing after that.

In the East Tuesday will be the coldest day before a similar rise in temperatures.

On Tuesday, temperatures will reach a high of -5C degrees in New York and -11C degrees in Boston.

However, this will be the coldest highest temperatures experienced since 2019.

This means there is a very high chance of very heavy lake effect snow throughout Tuesday.

At sunrise there was a “mega” lake effect snow band.

This stretched for 250 miles from the shore of Lake Ontario to western Massachusetts.

The lake effect snow is expected to bring snow to Buffalo and Syracuse in New York and Cleveland.

Locations under the heaviest snow effect could receive around two feet of snow.

Snowfall rates of three inches an hour is possible.

Some areas could also receive thundersnow.