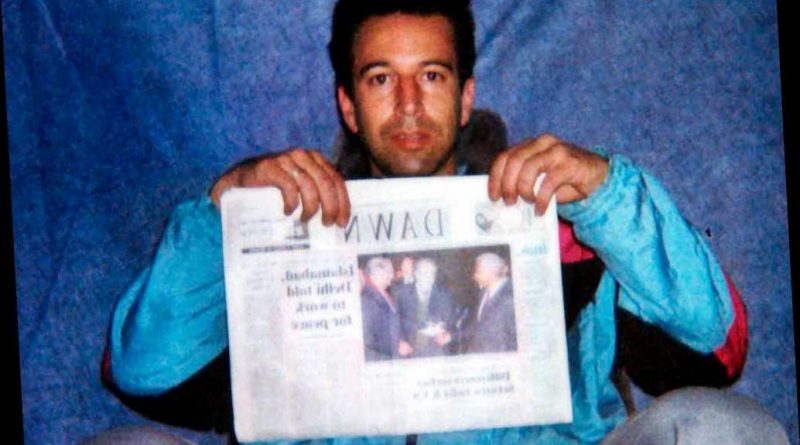 BBC hit ‘A Suitable Boy’ makes its US premiere

The feds want to take custody of the Pakistani man suspected of beheading journalist Daniel Pearl after he was ordered released from prison by his country’s high court, US Acting Attorney General Monty Wilkinson said this week.

Ahmad Omar Saeed Sheikh, who was convicted of beheading Pearl in 2002, has long been indicted for the slaying in the US — and letting him escape justice would be an “affront” to Pearl’s family, Wilkinson said.

“The Department of Justice reiterates that the United States stands ready to take custody of Sheikh to stand trial here on the pending charges against him,” Wilkinson said in the statement.

“He must not be permitted to evade justice for his charged role in Daniel Pearl’s abduction and murder,” he added.

Sheikh had been on death row in the country after his conviction in 2002, but has maintained his innocence in Pearl’s kidnapping and gruesome murder. He and three other Pakistanis serving life sentences for the slaying were ordered released by the country’s Supreme Court Thursday.

Pearl’s family called the releases a “travesty of justice” in a statement released through their lawyer.

“Today’s decision is a complete travesty of justice and the release of these killers puts in danger journalists everywhere and the people of Pakistan,” the statement says.

Pearl was kidnapped and beheaded while investigating the so-called “shoe bomber” in Pakistan for the Wall Street Journal.

His killers recorded video of the slaying and delivered the footage to the US consulate in Karachi.