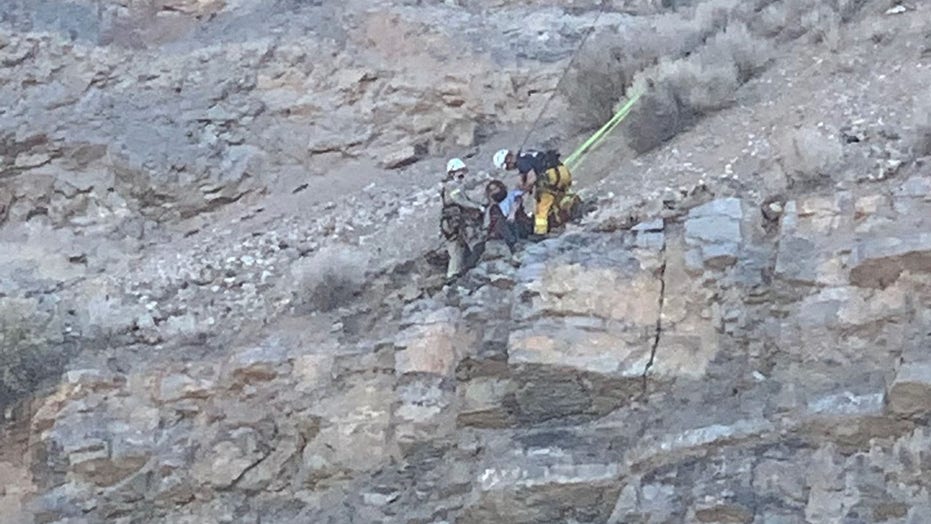 A hiker in Utah survived after falling more than 100 feet onto a cliff ledge where he lay stranded for over five hours until a fire crew rescued him on Sunday, authorities said.

The 29-year-old male was hiking in an area west of Ensign Peak, located near downtown Salt Lake City, when he fell, the Salt Lake City Fire Department said. The man lost his phone during the tumble and could not call for help on his own.

The man, who was not identified, suffered injuries to his pelvis and one of his legs in the fall, according to authorities. He appeared to have been hiking alone.

He yelled for help, waved his arms and flashed his flashlight until a group of homeless people who lived nearby spotted him and called 911, Fire Capt. Tony Stowe told the Salt Lake Tribune.

Fire crews arrived and used harnesses to rappel down the face of the sheer cliff and reach the man. Video shows rescue workers lowering the man on a gurney down the cliff.

Stowe told the paper that the man was conscious but disoriented when they found him. He said the rescue took about two hours.

The man was taken to a hospital for treatment. His current condition was not immediately available.