No hope of normality until JULY: Vaccine expert warns facemasks and social distancing will be needed until next summer because coronavirus jabs are unlikely before 2021… and then only for key workers like frontline health staff

Facemasks and social distancing will be needed until next summer, the head of Oxford’s Covid vaccine team said last night.

Andrew Pollard warned strict rules would have to be followed even if his global trial proved successful. He said the first jabs could not be available until next year – and then only for key groups such as frontline health workers.

Professor Pollard said that he hoped the final trials could be completed by the end of this year but added: ‘Life won’t be back to normal until summer at the earliest. We may need masks until July.

‘If we end up with a vaccine that’s effective in preventing the disease, that is by far the best way to control the virus. But in the medium term, we’ll still need better treatments. When does life get back to normal? Even if we had enough vaccine for everyone, in my view it’s unlikely that we’re going to very rapidly be in a position where the physical distancing rules can be just dropped. 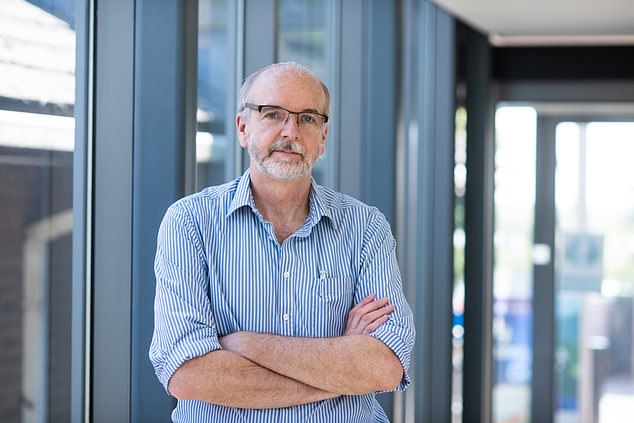 ‘Until we’ve got a high level of immunity in the population so that we can stop the virus so most vulnerable people are immune, there is going to be a risk. Initially, we’re going to be in a position where mask-wearing and social distancing don’t change.

‘Only when there is a big drop in serious cases will governments feel able to relax these measures. This is a very easily transmissible virus.’

The Oxford University vaccine, produced with drugs giant AstraZeneca, is one of only nine to have reached phase three trials, the final stage before implementation, and is widely seen as the leading candidate to deliver. 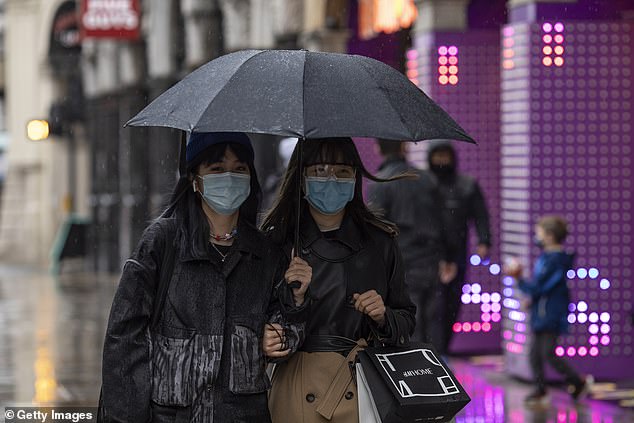 Professor Pollard said that he hoped the final trials could be completed by the end of this year but added: ‘Life won’t be back to normal until summer at the earliest. We may need masks until July’ (stock picture)

In other developments yesterday:

In his remarks to an online seminar with Oxford alumni, Professor Pollard explained that, if successful, the vaccine will need approval from the Medicines and Healthcare products Regulatory Agency.

He said: ‘Once we have the trial results, I can’t imagine they will do that overnight.

‘They will have to scrutinise the data very carefully – the public would not expect any less.’

The final evaluation, he said, is likely to take weeks, even though he and his team have begun a ‘rolling programme’ to give the regulatory agency access to the trials while in progress.

Rolling out the vaccine will pose a ‘huge logistical challenge’, the professor pointed out. 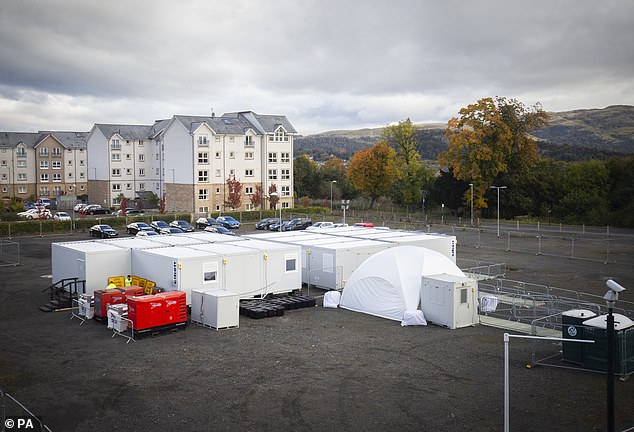 The Oxford University vaccine, produced with drugs giant AstraZeneca, is one of only nine to have reached phase three trials, the final stage before implementation, and is widely seen as the leading candidate to deliver. Pictured: Walk-through testing centre in Stirling 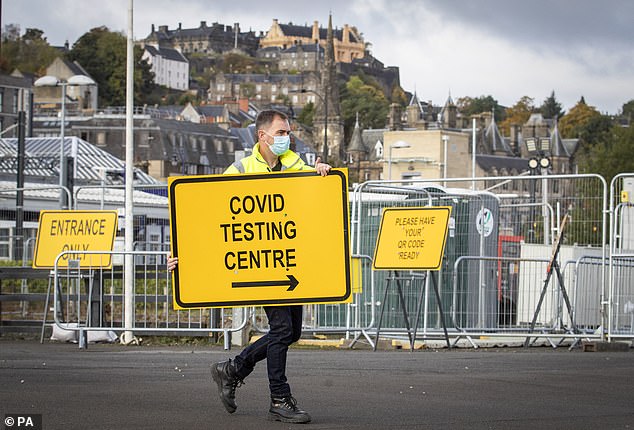 Professor Pollard said early results had shown that the vaccine causes the body to make antibodies against Covid, and that these last for at least three months

Oxford’s vaccine is based on a genetically-engineered type of coronavirus that gives chimpanzees a form of the common cold.

Trials of the jab involve 20,000 volunteers in Britain and other countries being given either the vaccine or a harmless placebo.

Professor Pollard said early results had shown that the vaccine causes the body to make antibodies against Covid, and that these last for at least three months.

Tests on volunteers given the jab in April will soon show whether they lasted for six months.

‘The evidence so far in the lab is that the antibodies are able to stop the virus in its tracks,’ said Professor Pollard.

At least one person in the trial has become seriously ill, and has had to be hospitalised with the disease, he added.

Kate Bingham, head of the UK Vaccine Taskforce, said there was only a ‘slim’ chance the Oxford jab could be ready by Christmas.

She said she felt optimistic from the data seen so far in trials.

But she warned against assuming a Covid-19 vaccine would be better than flu jabs, which are only around 50 per cent effective.

‘It’s most likely that it’ll be next year,’ she added.

Another coronavirus vaccine trial has been put on hold following an unexplained illness in one of its volunteers.

US firm Johnson & Johnson announced yesterday that the trial had been paused pending a safety review. It comes around a month after trials of the vaccine developed by Oxford University were also halted, after a volunteer in the UK fell ill with ‘unexplained neurological symptoms’.

That trial has subsequently restarted, although not yet in the US. The Johnson & Johnson vaccine uses a virus as a ‘Trojan horse’ to deliver genetic code which triggers cells to recognise coronavirus and fight it. The UK Government has struck a deal to get 30million doses, and it is hoped to be available by early 2021.

Experts say it is not unusual for vaccine trials to be put on hold. Danny Altmann, of Imperial College London, said: ‘I think we’re noting these vaccine trial pauses more than usual because we’re unused to shining such a spotlight on trials.

‘So while it wouldn’t normally be thought strange to pause for investigation of an adverse event, here under the intense scrutiny we get alarmed.’

In a statement, Johnson & Johnson said: ‘The participant’s illness is being reviewed and evaluated by the independent Data Safety Monitoring Board as well as our internal clinical and safety physicians.’ There will be a careful review of all of the medical information before deciding whether to restart the study.

No details of the person who fell ill are being made public.

Stephen Evans, of London School of Hygiene & Tropical Medicine, said: ‘In most instances, single adverse events are coincidental, especially when including large numbers of participants.’