CARACAS (Reuters) – The Venezuelan opposition will hold nationwide protests on Saturday in the hope of reviving a stalled movement to oust President Nicolas Maduro, who has held on to power despite an economic crisis and aggressive U.S. sanctions. 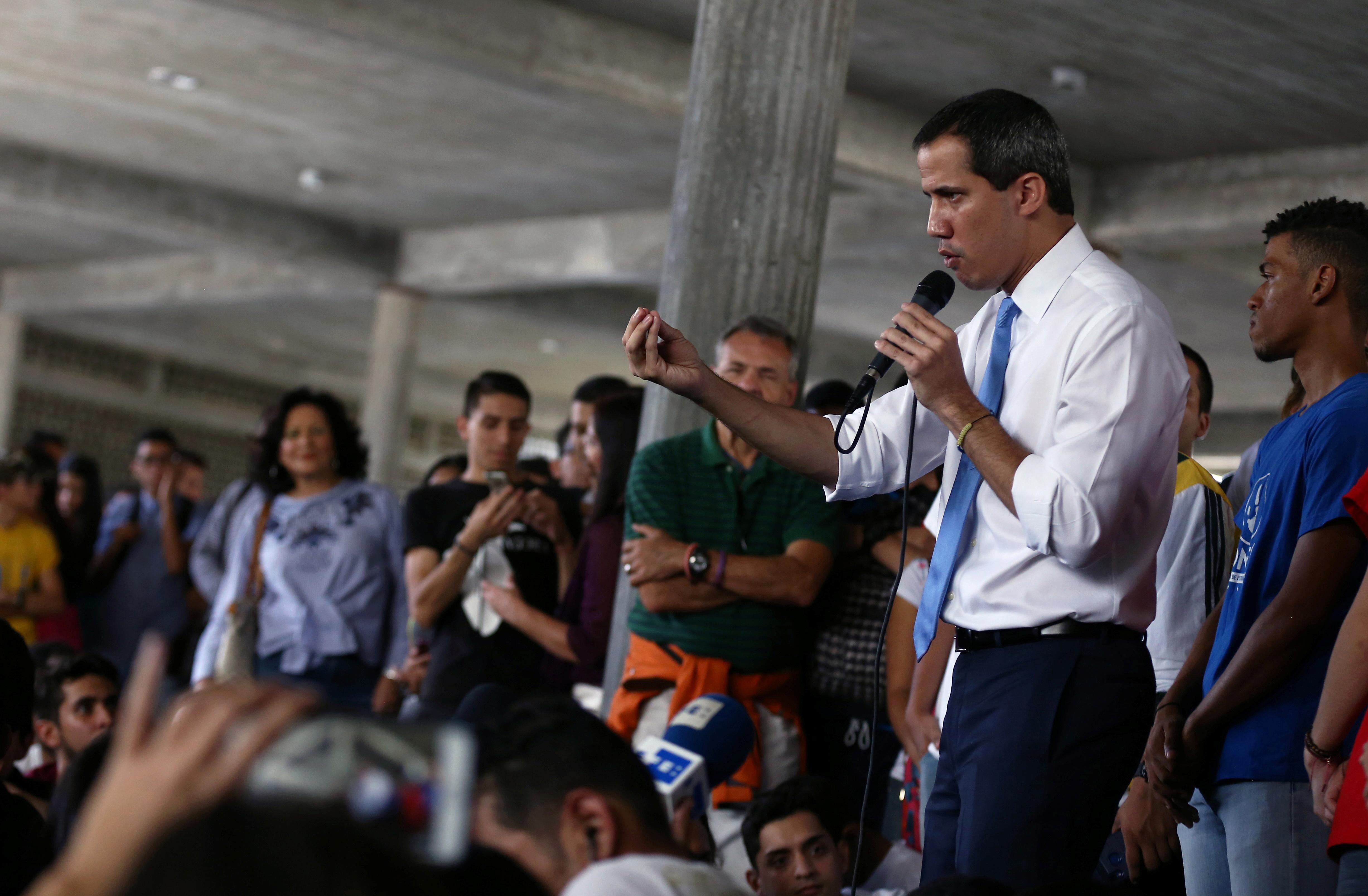 Opposition leader Juan Guaido kick-started a groundswell protest movement in January by invoking the constitution to assume an interim presidency after declaring Maduro’s 2018 re-election a fraud.

But the energy has waned and frustration is mounting as Maduro remains in control and the economic meltdown continues to push Venezuelan migrants across the country’s borders.

“The dictatorship has underestimated the Venezuelan people. They have not been able to make us grow accustomed to living in misery,” Guaido tweeted on Friday night.

Masked men on Friday forced their way into the offices of opposition party Popular Will, to which Guaido belongs. Opposition leaders called the incident an intimidation effort in the run-up to the demonstrations.

The opposition has been inspired by the resignation of Bolivian President Evo Morales, a Maduro ally who was accused of manipulating the results of an election in October but later resigned after violent street protest.

But change in Venezuela continues to hinge on a shift in allegiance of the armed forces, which remain loyal to Maduro and the ruling Socialist Party. That contrasts with Bolivia’s military leaders, who urged Morales to step down.

Demonstrators in cities around the country plan to stage rallies during the morning and are expected to hold marches in the afternoon.

The Caracas metro, the capital’s principal form of public transport, said it was closing a group of stations in the area of the protests for maintenance. Critics said it was an attempt to weaken the demonstrations.

The Socialist party has called a separate rally in Caracas in support of Bolivia’s Morales.

Venezuela has for years suffered under hyperinflation and a collapsing economy, spurring an exodus of more than 4 million seeking better access to food and medicine.

More than 50 countries have recognized Guaido as Venezuela’s legitimate president and the United States has implemented a sanctions program that has crippled Venezuela’s oil exports.

Maduro dismisses Guaido as a puppet of the United States, and blames the economic problems on U.S. sanctions.