The protest call comes days after Guaido’s failed bid to convince the armed forces to rise up against President Maduro. 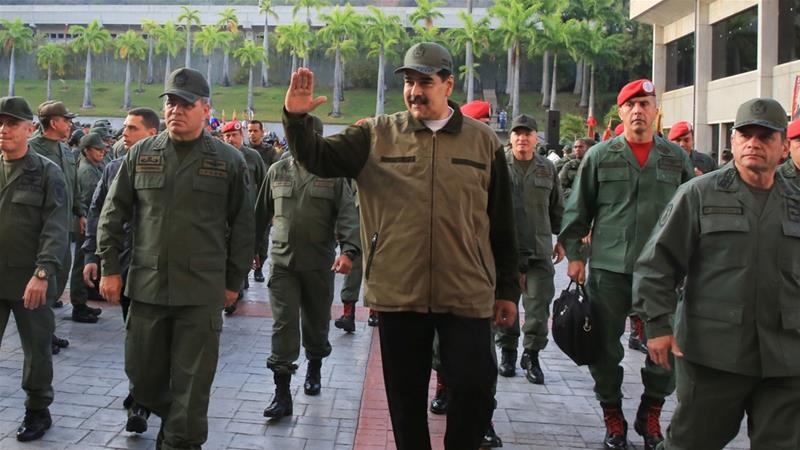 Opposition leader Juan Guaido will make a fresh bid on Saturday to rally Venezuela’s armed forces behind him calling on his supporters to march to military bases and barracks.

The protest call by the head of the National Assembly legislature – who is recognised as interim president by more than 50 countries – comes just days after he urged the military to rise up against the socialist president.

“Peacefully, civically … we are going to deliver a simple document, a proclamation to the Armed Forces to listen to the Venezuelan call, that a rapid transition is possible to produce free elections,” Guaido told a press conference in Caracas on Friday.

“The call is to add and not to confront, to ask the military to be on the side of the constitution,” he said on Twitter.

The United States has imposed tough sanctions and President Donald Trump has refused to take the threat of military action off the table, in an intensifying campaign to drive Maduro out.

But Trump adopted a strikingly conciliatory tone after a more-than-hour-long conversation with Vladimir Putin on the Venezuela crisis, describing the Friday talks with his Russian counterpart as “very positive”.

“He is not looking at all to get involved in Venezuela other than he’d like to see something positive happen for Venezuela,” Trump said of Putin.

“And I feel the same way. We want to get some humanitarian aid. Right now people are starving.”

Russian Foreign Minister Sergey Lavrov is scheduled to hold talks with his Venezuelan counterpart, Jorge Arreaza, in Moscow on Sunday.

Venezuela has suffered five years of recession marked by shortages of basic necessities as well as failing public services, including water, electricity and transport.

Trump’s tone came in stark contrast to that of his top advisers, in particular, Secretary of State Mike Pompeo who charged this week that Maduro had been poised to flee to Cuba, but was talked out of it by the Russians.

US-Russian tensions have spiked over the months-long standoff in Venezuela, and the Kremlin’s assessment of the Trump-Putin call differed substantially from that coming from the White House.

“Interference in internal affairs, attempts to change the leadership in Caracas through force, undermine the prospects for a peaceful settlement of the conflict,” said a Russian statement.

“Vladimir Putin stated that only the Venezuelan people have the right to decide the future of their country,” it added.

The US is insisting Maduro’s days are numbered, but experts say its options for breaking the stalemate are limited, and that Washington may have overestimated the opposition leader’s strength. 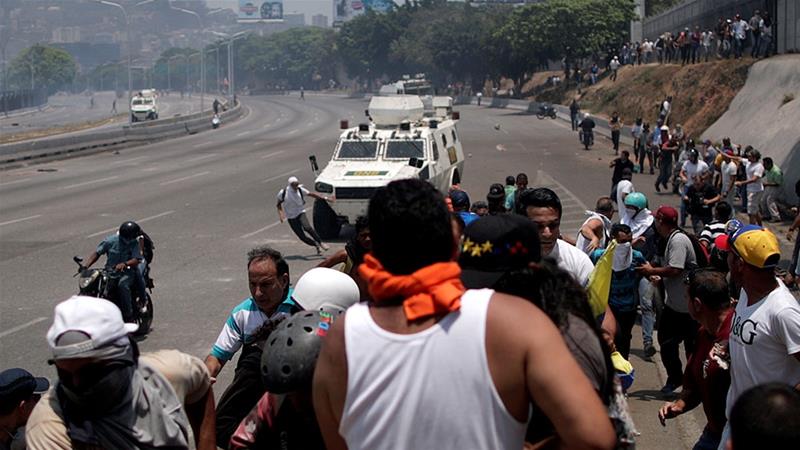 What’s next for Venezuela after ‘attempted coup’?