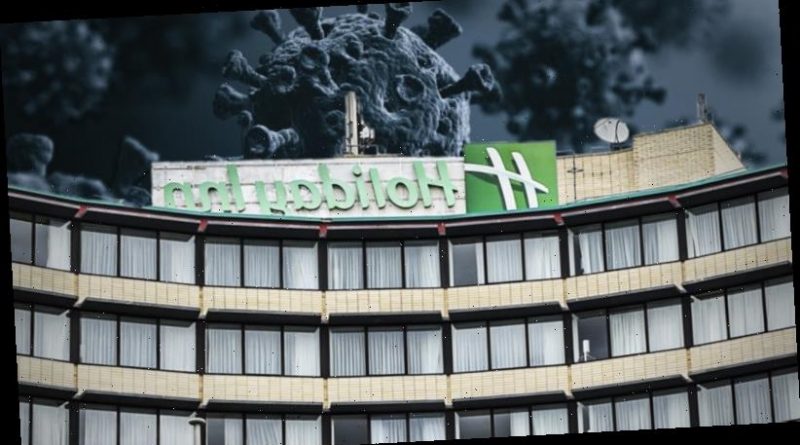 Detailed ventilation assessments were not completed at most of Victoria’s quarantine hotels when the state reopened its borders to coronavirus via returned travellers in December.

Advice supplied by the government reveals engineers examined fresh air exchange rates in rooms at the “hot” hotels – which deal solely with people infected with the virus – but did not look at “cold” hotels used to house returned travellers who have not tested positive. 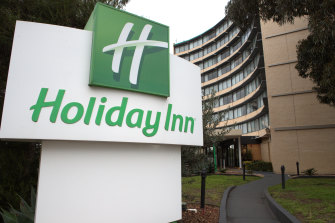 The Holiday Inn at Melbourne Airport has been closed for a “terminal clean”.Credit:Jason South

The information was provided to The Age in December last year, as it examined growing concerns that poor ventilation was contributing to coronavirus spread and posed a particular danger in hotels.

“We always thought that the cold hotels would be properly audited, as well as the hot ones,” said the Australian Medical Association’s Victorian president Julian Rait.

“We should have taken what we have learnt from the hospital system and [applied it to hotel quarantine].”

While it remains unclear if any further assessments were made, the AMA says it now believes no audit was conducted for the Melbourne Airport Holiday Inn before it became the centre of the outbreak that prompted health authorities to shut down Victoria for five days.

The AMA was this week calling for an initial ventilation audit of the Holiday Inn to be released publicly, but suggested that wouldn’t happen.

“There isn’t one,” said Associate Professor Rait on Friday, while backing the state government’s decision to put the state into a five-day lock down.

Despite being a “cold” hotel, the airport Holiday Inn has now been linked with 13 cases of the infectious British variant of the virus, including those who worked at the hotel, guests and their close contacts.

Professor Rait said that cold hotels should be treated and managed in the same way as the hot hotels.

For many months, there has been growing concern ventilation systems and problematic airflow have caused coronavirus spread – a concern which has resulted in a government audit of about 20 hospital wards.

It is estimated that about 2600 Victorian healthcare workers contracted the virus at work, mostly during the state’s second wave.

Airflow was also one of the factors thought to have fuelled the super-spreading event at the Black Rock Thai Restaurant in December, which saw eleven of the 37 patrons that dined at the restaurant on a single night catch the disease.

Premier Daniel Andrews has praised the state’s overhauled hotel quarantine system in recent weeks, describing it as the “most risk averse” in the country and saying it was being replicated by other states.

But a number of unions say they have been unable to get clear information about what if any assessments of ventilation were conducted at the airport Holiday Inn prior to the outbreak.

Police Association of Victoria secretary Wayne Gatt said the association had contacted COVID-19 Quarantine Victoria to find out what ventilation assessments had been done at the airport Holiday Inn, on behalf of about 770 members working in the quarantine system.

Mr Gatt said he had been advised the ventilation had been reviewed, and was now being looked at again.

“We have contacted [CQV] seeking to understand what testing has been conducted, when it was conducted and what mitigation strategies have been put in place,” he said.

On Wednesday, Mr Andrews said that he was happy to look at the AMA’s request to release the hotel ventilation audit.

But Mr Andrews said there was no proven deficiency in the ventilation at the airport Holiday Inn, or anywhere else.

Andrew Hewat, assistant secretary of the Victorian Allied Health Professionals Association, said throughout the pandemic governments had failed to put precautionary protections in place to prevent problems before they occurred.

“With the Holiday Inn, they are going back now and looking at it, whereas [those measures] should have already been in place.”

The response provided to The Age in December from CQV said engineers performed ventilation assessments at health hotels to determine the fresh air exchange rates for resident rooms and pressure gradients between the resident rooms and the floor corridors.

But they said these specific assessments were not done at the other quarantine hotels.

For the other hotels, they said hotel engineers provided advice about ventilation as part of their assessment for their suitability for the program.

“While there is no national or state standard regarding ventilation for hotels, we have taken an additional precaution of having engineers out to inspect the ventilation of the two health hotels,” a COVID-19 Quarantine Victoria spokesperson said at the time.

The Age did not receive a new response from COVID-19 Quarantine Victoria before deadline.