Beijing: US President Donald Trump has said he would potentially intervene in the extradition case against Huawei finance executive Meng Wanzhou if it helped get a better trade deal with China.

Trump's comments came before a Vancouver court made a decision on Tuesday, US time, to grant Meng $US7.5 million ($10.3 million) bail, and prompted a strong response from analysts who feared it would confirm suspicions in China the arrest of Meng was politically motivated. 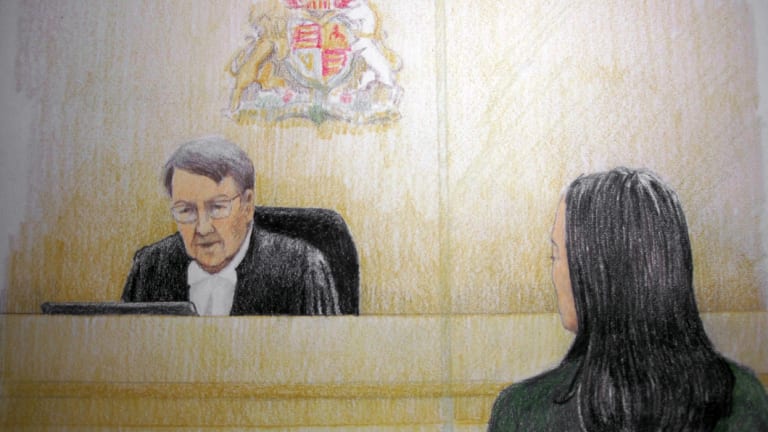 In this courtroom sketch, Meng Wanzhou, right, the chief financial officer of Huawei Technologies, listens to the judge during a bail hearing in Vancouver, Canada.Credit:The Canadian Press/AP

The diplomatic fallout from her arrest by Canadian authorities, acting on behalf of the US, has deepened with a former Canadian diplomat Michael Kovrig detained in China.

Canadian Prime Minister Justin Trudeau said his government was taking the "the situation of a Canadian detained in China" very seriously and had been in direct contact with Chinese diplomats and were offering consular assistance to the family.

Canadian Foreign Affairs Minister Chrystia Freeland said: “This has our attention at the very highest levels of our government, we’re very very focused on it." 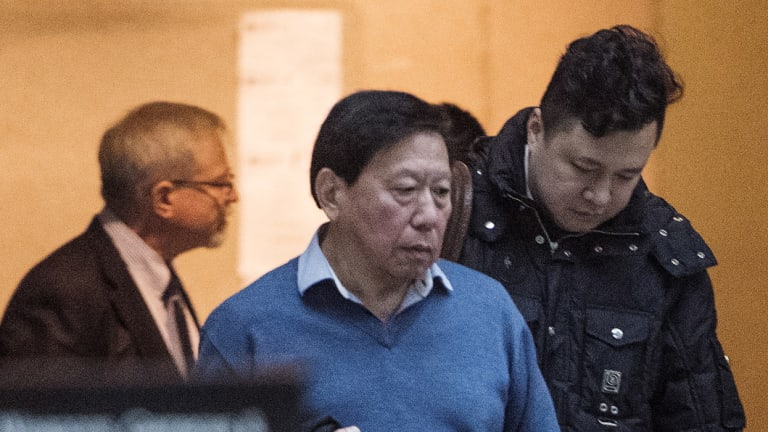 Kovrig had taken leave without pay from the Canadian foreign service in 2016 to continue working in China, and started work as a senior advisor with the International Crisis Group in 2017. He was formerly vice consul in Beijing.

“Michael was detained on Monday night in Beijing by the Beijing Bureau of Chinese State Security,” the International Crisis Group said in a statement.

Chinese foreign ministry spokesman Lu Kang said on Wednesday the organisation Kovrig worked for wasn't legally registered in China, under a law introduced in 2016 to regulate the activities of foreign non-government organisations. 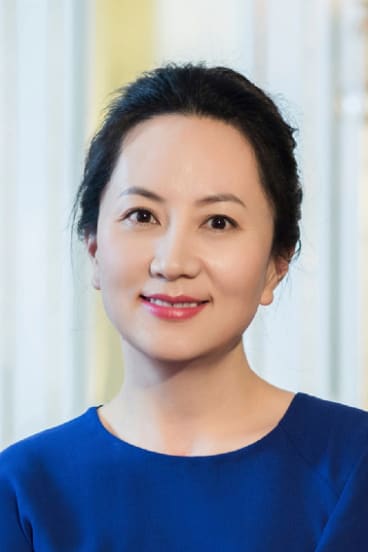 "If ICG personnel conduct activities in China, then that will already violate Chinese law,” he said at a press briefing.

Canada's former ambassador to China, Guy Saint-Jacques, has said he feared Kovrig may potentially be charged with espionage. He believed the move was designed to put pressure on Canada in the Huawei case.

Guy told the Vancouver newspaper The Star that Kovrig had been a "good political officer" with "no involvement in any espionage activities".

In comments that were swiftly reported by Chinese media, Trump told Reuters that he would intervene with the US Justice Department in Meng's case if it was "good for this country".

“If I think it’s good for what will be certainly the largest trade deal ever made – which is a very important thing – what’s good for national security – I would certainly intervene if I thought it was necessary,” Trump said. 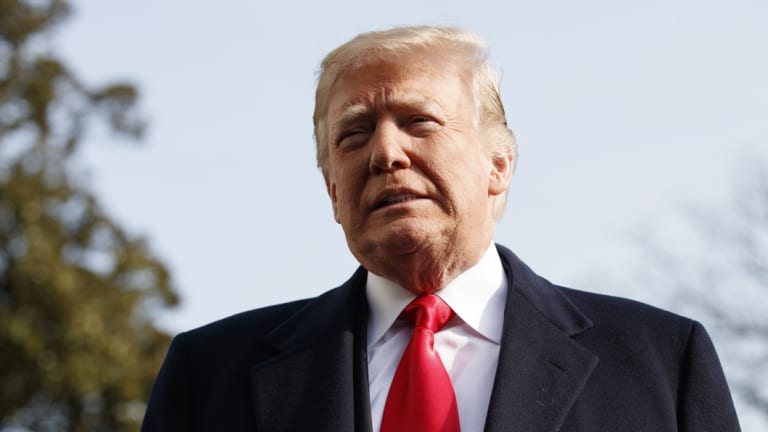 Could intervene: US President Donald Trump.Credit:AP

In a statement after Meng was granted bail, Huawei said it looked forward to the "fair end of this event by the US and Canadian governments.

Meng is required to wear an ankle monitor as part of her bail conditions.

The US must formally request extradition within 60 days and provided detailed documents outlining its case against her.

A decision on whether Meng should be extradited to the US rests with the Canadian justice minister. If no formal extradition request is made, Meng can go free.

Four friends, including two former Huawei employees, the yoga instructor neighbour of her husband Liu Xiaozong, and the real estate agent that had previously sold Meng two Vancouver properties, all pledged equity in their homes or savings as a guarantee.

The Star reported that Meng wiped a tear from her eye when she was told she would be released on bail, and had told her lawyer her "only simply goal" was to be with her daughter and husband.

She has spent 10 nights in a women's correctional centre in Vancouver.

She was arrested on December 1 at a Vancouver airport en-route to Mexico. The US alleges she misled multinational banks about Iran-linked transactions in contravention of US sanctions.