‘I felt like my eyeballs were going to pop out’: Student whose head swelled to twice its normal size after medical trial at London hospital speak of 12-year battle for compensation 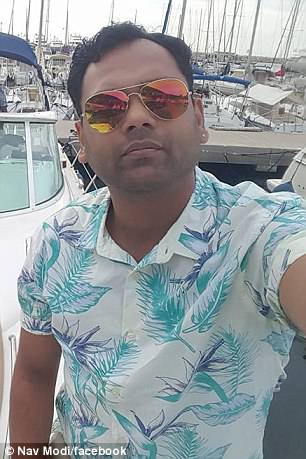 Nav Modi, who suffered a devastating reaction after a drugs trial at Northwick Park Hospital in London in 2006 when he was 24

A student whose head swelled to twice its normal size after taking part in a botched drugs trial still hasn’t been compensated 12 years after his devastating reaction.

Nav Modi, then 24, was in agony just an hour after being given the medication. He said he felt like his eyeballs were going to pop out and that his brain was on fire.

The terrified student, who was studying at the London School of Economics, had planned to buy a new laptop with the £2,000 he would be paid for taking part.

But he suffered multiple organ failure and was in intensive care for four days.

Nav, now 36 and a father-of-one, claims the drugs firm are refusing to pay out or even apologise.

Five other volunteers were also left fighting for their lives after being given the injection at Northwick Park Hospital in London in March 2006.

Among them was trainee plumber Ryan Wilson, then 21, who had all his toes and several fingertips amputated after suffering a devastating reaction.

Scientists had said the drug, being tested as a potential treatment for leukaemia and autoimmune diseases, had been tried out on two monkeys without any problems.

‘It was very scary, we were all left in the dark. Nobody knew what happened,’ he told The Sun Online.

‘Nobody ever admitted it was their fault. Instead we were made to feel that we had committed a crime.

He added: ‘All they seem to care about is their profits.’

Nav, from Forest Gate, East London, moved back to India to stay with his family because he was too anxious to carry on living alone.

He was left vulnerable to auto immune diseases and cancer, developed a strong allergy to pollen and and feared his life would be cut short. 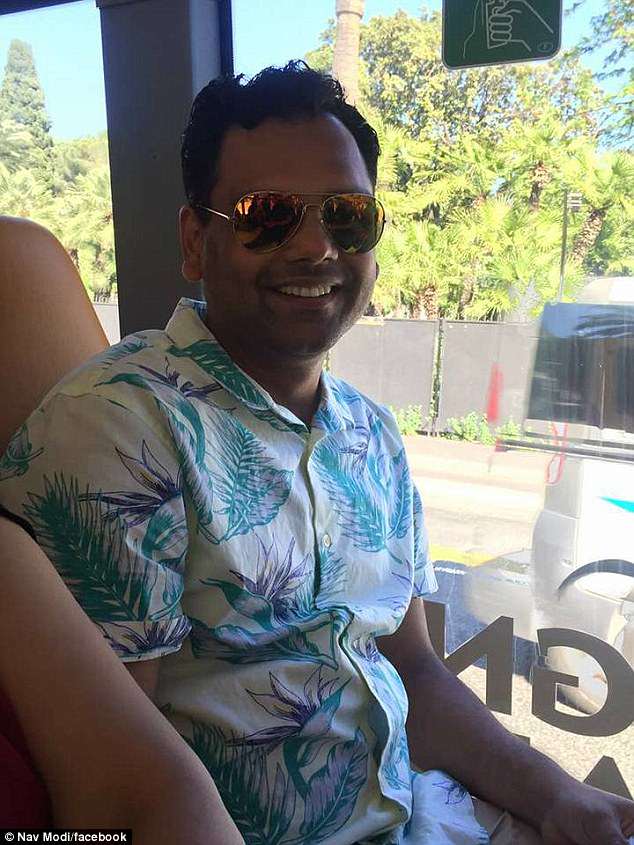 Nav, now 36 and a father-of-one, claims the drugs firm are refusing to pay out or even apologise

The trial was organised by US firm Parexel and the drug – called TGN 1412 – was manufactured by German company TeGenero, which is no longer in operation.

A Parexel spokesman said: ‘Parexel not able to discuss the specifics of any one patient-related matter to ensure the privacy for our patients and confidentiality for our clients.

‘Patients are at the centre of our mission to provide expertise, experience and innovation to help advances in preventing and curing disease.

‘As we conduct clinical trials for biopharmaceutical and medical device companies, patient safety is our top priority.’