The youngest victim of the Golden State Killer is speaking about the 1977 attack.

The killer, believed to be Joseph James DeAngelo, arrived to Margaret Wardlow’s home around 2am in November 1977.

Although Wardlow was just 13 years old at the time, she knew every detail of the killer’s notorious attacks, having obsessively followed it in the news.

‘I had a total obsession. I don’t think I was the only person that was curious as to what was making this guy tick,’ Wardlow, now 53, said in a sit down interview with 20/20. Speaking to 20/20, Margaret Wardlow revealed how she was sodomized by the ‘Golden State Killer’ when she was just 13 years old 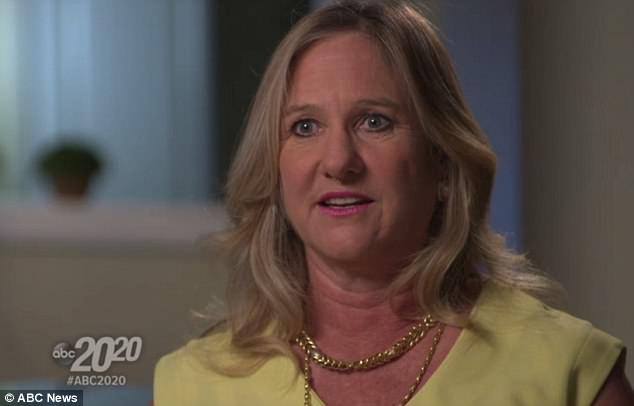 Suspect killer Joseph James DeAngelo broke into her California home on November 10, 1977, but she says she thought it was a joke as her family knew how obsessed she was with the killer

‘And it was very clear that during the attacks he was using this fear that he was controlling people with, you know, by making them very much afraid of what he was saying to them and what he was doing to them,’ she added.

But her mother always told her she was too young to become a victim of the ‘East Area Rapist’.

‘She definitely believed that we just weren’t, like, on the radar of this guy,’ she said.

That changed when she was awoken that night of November 10, 1977 with a flashlight in her face and was told her to turn around so he could tie her hands.

To his surprise she said: ‘Oh quit joking, stop joking’, thinking it was a prank by her family who knew of her obsession.

Only when he repeatedly said ‘this isn’t a joke’ in a harsh whisper did she realize what was about to happen.

‘And I knew at that moment, this is not my neighbor, Bill. This is the “East Area Rapist” most likely. And he’s in my home,’ she said.

‘A little voice inside of me said, “You know, you get out of a lot of stuff, Margaret. But you’re not gonna get out of this one,”‘ she added.

Former police officer Joseph James DeAngelo, 72, was arrested after DNA evidence pointed to him as the killer. On Friday he was denied bail and did not enter a plea

But even in her young age, she comforted and mentally prepared herself.

She said she was already familiar with the killer’s tactics when he went into her mother’s room to stack plates on her back – one of his signature moves to listen for the plate’s rattle as a sign of the victim’s attempts to escape. 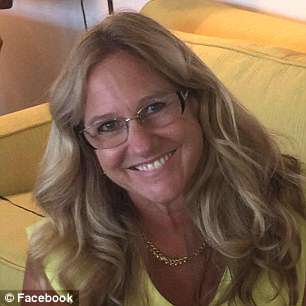 Wardlow, now 53, pictured above, said she felt she ‘had the advantage’ thanks to all her research on the killer’s attacks

Wardlow was tied her down, sodomized in her bedroom, and at one point he held a knife to her as he threatened to kill her and her mother to which she defiantly replied ‘I don’t care’.

‘My instinct said don’t let him see you sweat,’ she said

Knowing he fed off of fear in victims, she said she ‘had the advantage’.

‘He wasn’t getting what he wanted. He wanted fear. He wanted to see fear in me,’ she said.

He eventually fled the scene, leaving her and her mother home safe.

‘I think it was a combination, perhaps, of my age and my innocence that he realized once he was there,’ she said. 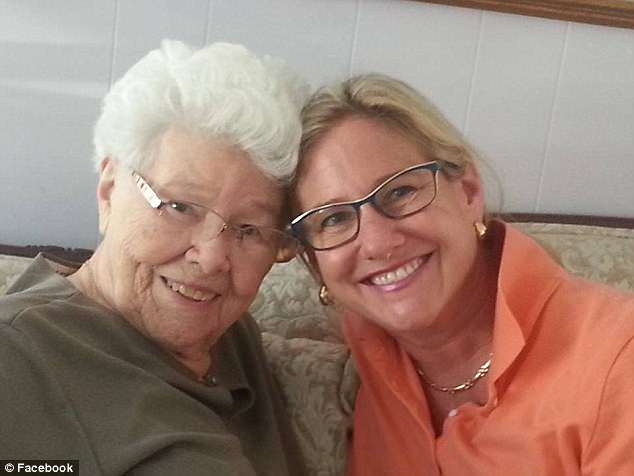 Wardlow, right, pictured with her mother, left, who the killer stacked plates on as he attacked the 13-year-old girl in the other room on November 10, 1977 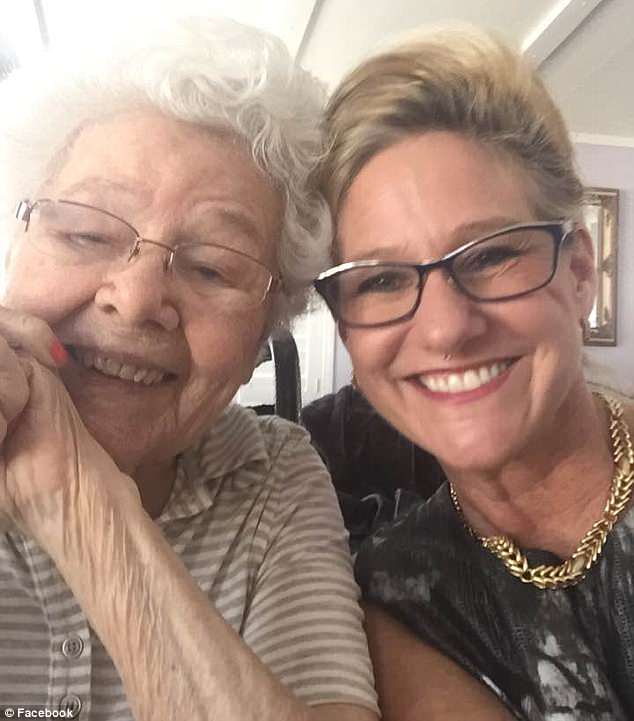 Wardlow, right, again with mother, left, said upon hearing from the police that the Golden State Killer was arrested, ‘It was… the most beautiful, beautiful phone call I’ve ever had’

Two decades after the attack, 72-year-old Joseph DeAngelo has been arrested in the case.

The retired cop who lived in Sacramento, California was identified through DNA database called GEDmatch as the suspected killer who murdered 12 and raped more than 50 women.

Wardlow was called the night before DeAngelo’s arrest was announced.

‘I was elated. I could not believe it. It was … the most beautiful, beautiful phone call I’ve ever had. I mean, I was just so excited,’ she said on the call.

She hopes the victory of DeAngelo’s arrest will inspire other women with cold cases to not lose hope in finding justice.

‘We have a message for everyone out there. No matter how cold your case is, it’s not hopeless. There’s hope in solving the coldest of cases, we solved ours after 42 years and there’s always hope,’ she said.

In another interview with Inside Edition, Wardlow revealed she found out that her brother used to work for DeAngelo’s ex-wife Sharon Huddle, marking a potential connection between the killer and victim.

Following DeAngelo’s arrest he did not enter a plea and was denied bail in court.

He is being held in a psychiatric ward of the county jail where he has been in ‘quiet reflection,’ saying little aside from mumbling, according to ABC.