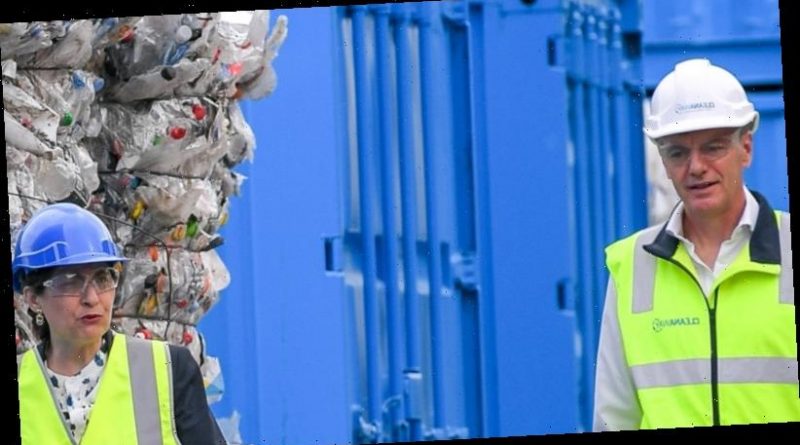 Victoria will be able to recycle all of the glass bottles thrown out by consumers, doubling the state's glass recycling capacity, in a scheme jointly supported by the state and federal governments.

But the majority of hard plastics will still end up in landfill, despite a 40 per cent increase in the recycling capacity under the Recycling Modernisation Fund. 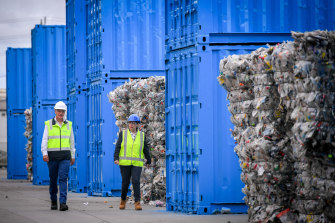 Victoria's Environment Minister Lily D'Ambrosio on Monday announced the first seven projects to share in $8.1 million from the fund, worth a total of $46 million to the state and $190 million nationally.

The projects include $3 million for a Cleanaway glass beneficiation plant in Coolaroo, $228,750 for sorting and processing glass at Mildura Rural Council, $481,800 for a Wheelie Waste facility in Warrnambool and $400,000 for a Repurpose It glass recovery plant in Epping.

"We will be able to meet all of the waste glass recycling demand that is out there. That's a significant upgrade that will actually close the gap for our glass recycling … turning all of that into high value products and getting all those jobs created," Ms D'Ambrosio said, speaking at a Cleanaway plant on Monday. 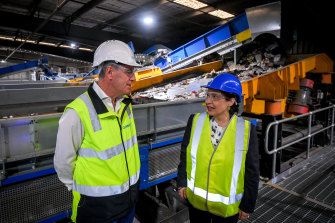 Plastics projects to receive funding include $3 million for a Cleanaway reprocessing plant in Laverton North, $847,961 for a Socobell plant turning plastics into concrete slab foundations in Sunshine West, and $155,045 to Vinidex to make plastic pipes out of materials collected for recycling.

Victoria is a while away from recycling all its plastics. The state produced about 606,000 tonnes of plastic waste in 2018-19, and is currently only recycling about 61,000 tonnes a year.

The latest funding announced on Monday will increase its recycling capacity by 23,000 tonnes.

Ms D'Ambrosio said the recyclables would be remade into glass to create bottles or jars, or to create roads or pavements while creating 350 local jobs.

"We're also turning those materials into higher value products that then get picked up by other local marks and are turned into more productive materials," Ms D'Ambrosio said.

"Up until now, too many materials, too much of our materials had gone overseas, out of sight. And unfortunately, probably out of mind, not knowing really where it ends up."

She said some of the projects would be up and running later this year, while others will take until 2022.

Cleanaway managing director Matthew Mckenzie said the Laverton North project would be able to process "the hardest to recycle plastics".

"This is a great example of industry and government coming together, working towards building a domestic circular economy," Mr Mckenzie said.

Applications for the next round of funding, worth $38 million in Victoria, will open in March.

Nationally, the entire Recycling Modernisation Fund will be worth $190 million, and is expected to create 10,000 jobs over 10 years, while recycling an extra 10 million tonnes of waste.

"By mid-2024 when the full waste export ban comes into effect, Australia must recycle around 650,000 additional tonnes of waste plastic, paper, glass and tyres each year," the federal Department of Agriculture, Water and the Environment said on Monday.

"Our waste and recycling industry will need to capture more materials for recycling and to do so cost-effectively."