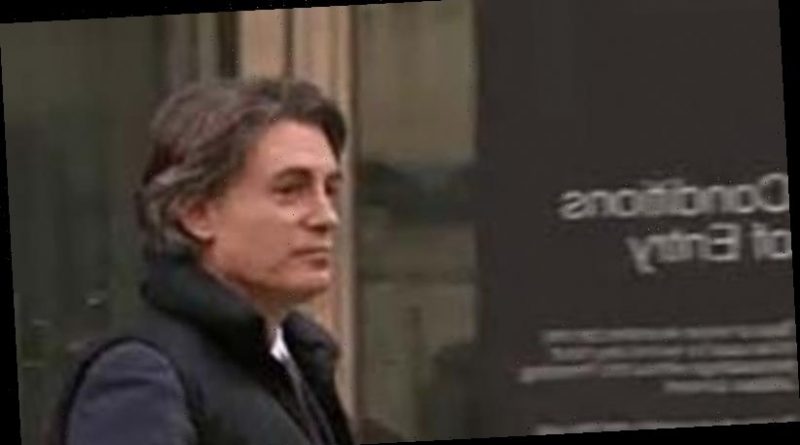 Victoria Police has lost a bid to keep secret a series of reports that will reveal whether gangland lawyer Joseph "Pino" Acquaro had ever worked as an informer.

The history of Mr Acquaro's interactions with police could be central to the appeals of at least two of his former clients who are serving lengthy jail sentences, reputed Calabrian crime figure Francesco "Frank" Madafferi and drug trafficker Saverio Zirilli. 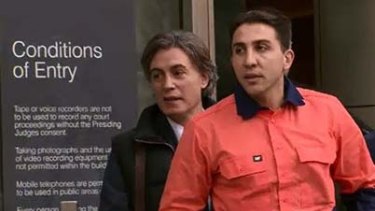 Solicitor Joseph Acquaro (left) with his then client Rocco Arico outside court in 2015.Credit:Channel Nine

The Court of Appeal ruled on Tuesday against Victoria Police's attempt to prevent the disclosure of materials it holds on Mr Acquaro by citing a "public interest immunity".

"The judgement of the court is that, to the extent that the Chief Commissioner of Victoria Police makes application for an order that the existence or non-existence of information pertaining to whether or not Joseph Acquaro was or was not a police informer is subject to public interest immunity, that application is refused," the court said.

Public interest immunity claims are designed to prevent the release of information that could prejudice a police investigation, reveal law enforcement methodologies or expose the identity of informers and undercover operatives.

The Court of Appeal is slated to release the reasons for its judgment against police in Madafferi's case later today. It is also expected to hand down a similar judgement in the public interest immunity claim made in Zirilii's case later this morning.

Speculation has been rife about Mr Acquaro's relationship with police since the solicitor was shot dead outside his Brunswick East gelato shop in 2016 and following the exposure of barrister Nicola Gobbo's double life as a barrister-turned-informer.

Victoria Police maintains a policy of never "confirming or denying" whether a person has co-operated with law enforcement or worked as a registered informant. The force has refused to hand over any information in its records about Mr Acquaro or details of any potential contact he may have had with police.

It was the same move Victoria Police tried to use to keep the identity of Ms Gobbo a secret, a battle it lost in the Supreme Court, Court of Appeal and High Court from 2016 to 2018.

"The maintenance of the integrity of the criminal justice system demands that the information be disclosed and that the propriety of each convicted person's conviction be re-examined in light of the information," the full bench of the High Court ruled in 2018.

"The public interest in preserving [Gobbo's] anonymity must be subordinated to the integrity of the criminal justice system."

The convictions of more than 30 other criminals – most stemming from the world's largest ecstasy bust, known as the “tomato tins” case – could also be put at risk if evidence emerges that Mr Acquaro was in fact co-operating with law enforcement against the interests of his clients.