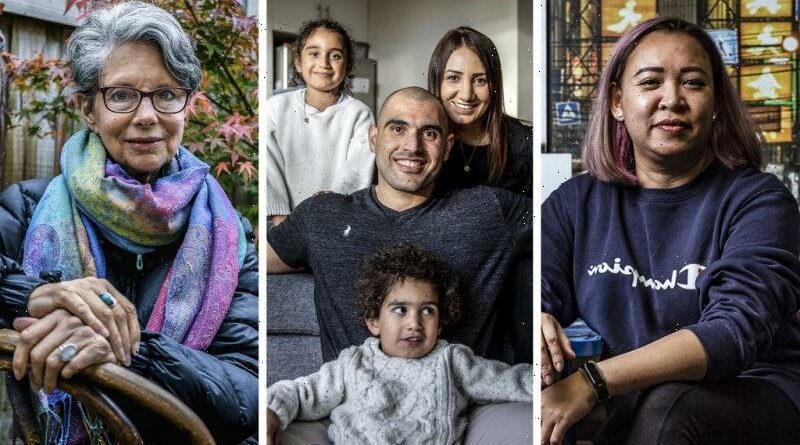 Victorians have delivered their verdict on Tuesday’s federal budget, with aged care, childcare and debt dominating the discussion in the shadow of the pandemic.

Many praised increases in funding for women’s services but expressed scepticism and confusion about the lengthy rollouts attached to funding packages for the National Disability Insurance Scheme, mental health and aged care sector. 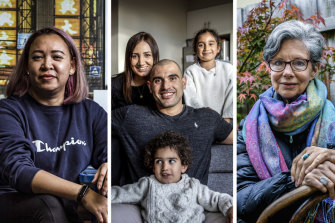 “As a retired aged care nurse and now on a home care package I have lived on both sides of aged care. Despite the funding in the budget, it will not be enough to address the flaws within the aged care sector,” she says.

The Bacchus Marsh woman says while more home care packages and an increase in staff levels are a start, the government needs to take a harsher approach to poor aged care providers if the system is to undergo the widespread change promised in response to the report released by the aged care royal commission.

“We need more home care packages aimed at higher-level care … To see and hear people being physically and emotionally compromised while they are on a waiting list … is unAustralian,” she says. 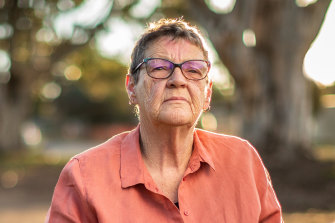 Huggins also says she had questions about who will get the extra funds aimed at increasing the quality and safety of care.

“They’re just tossing money at the providers – it’s a Band-Aid,” she says.

Andreas Makarewitsch, 66, whose 94-year-old mother Anita is in aged care in North Geelong, has an optimistic view for the future of the sector, saying the $17 billion dollar investment was a nice surprise, but the devil is in the details.

He says he was disappointed there wasn’t greater detail about infrastructure for vulnerable residents in aged care and to what extent the funding would create better staffing in facilities. 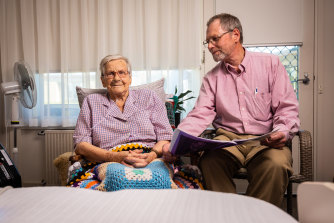 Andreas Makarewitsch, 66, and his mother Anita, 94, at her aged care facility in Geelong North.Credit:Scott McNaughton

“Facilities can’t rely on families to fill the gaps left by staff,” he says. “Staffing is the most urgent issue for me.”

He liked the 33,000 training places proposed by Treasurer Josh Frydenberg, but emphasised that people need to be trained properly.

“That’s a lot – that is going to put a lot of pressure on training organisations,” he said. 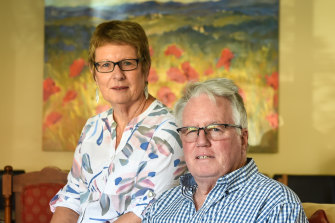 Merrin and Peter Wingfield have recently retired and are planning the next phase of their life.Credit:Justin McManus

“It brings forward the opportunity for us to consider downsizing our house,” Peter says.

The Glen Iris couple say they were concerned about paying back government debt, and how that burden might be passed on to their children.

“Long term there needs to be some sort of plan, there’s a huge debt burden there and it’s going to take decades to pay back,” Peter says.

Merrin and Peter agree that funding for the NDIS and aged care was important, but that rollout schedules should be faster given how acute the problems facing the sectors are. 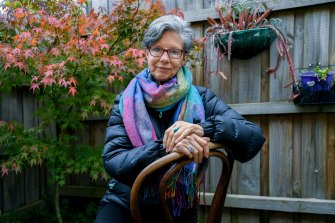 North-east Melbourne woman Cherie Scott, 65, has used crisis services in the past and says they saved her life. She was happy to see more money dedicated to services, but questioned the amount.

“It’s great that there is more budget allocation to women. That’s great – but it’s not enough,” she says.

She says she was disappointed that no money was earmarked for innovative methods of dealing with issues of family violence, but praises programs designed around prevention and consent education for men.

“I think I would like a clearer articulation about violence prevention, though,” she says. 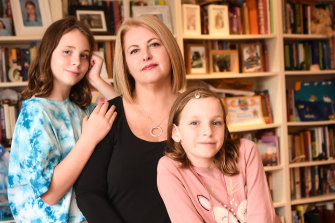 Single mother Margaret Ambrose, 51, was enthusiastic about the Family Home Guarantee that will let single families put down a deposit of 2 per cent on a home.

“It’s great because it will enable single mothers in a position to do so to buy a house, but it remains to be seen if it’s setting women up to get a mortgage they can’t service,” she says.

The Newport mother says she’s disappointed only 10,000 people were eligible for the guarantee, saying it was a “drop in the ocean”.

“Many single mothers are living in poverty,” she says. 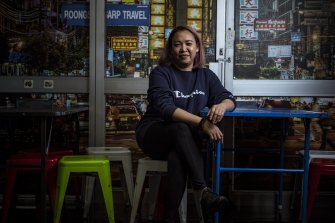 Margaret says she was grateful for the $7.8 billion extension to the low and middle-income tax offset, which will result in 10.2 million people receiving a tax cut, with maximum benefits flowing to people like her who earn between $48,000 and $90,000 per year.

Husband and wife restaurateurs Chavalit Piyaphanee, 40, and Phawinee ‘Tang’ Suwankumnerd, 33, say COVID-19 was scary, as they watched the paths outside their CBD Thai restaurant empty of city-goers.

With their doors finally reopened, Chavalit says he wasn’t upset about small businesses being passed over the in the budget because they got so much assistance during the pandemic.

“It was expected there was no help for small business because during the pandemic they already helped us out a lot,” Chavalit says. 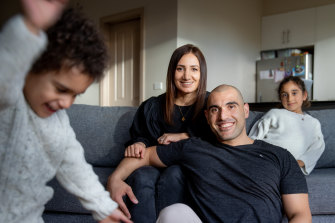 Property investors Antone and Eva Khoury with their children Chanel and Isaac.Credit:Simon Schluter

Chavalit says all measures in the budget “made sense to me,” and said he liked the government’s fresh commitments to aged care and ramping up funding to immunisation programs.

With the property market overheating and a focus on the unemployed, investors Antone and Eva Khoury had prepared for a budget night relatively scant on incentives for their four-unit portfolio.

“We don’t get anything personal coming for us – maybe the childcare subsidy,” he says.

“From a completely personal perspective in terms of our investment or situation, there isn’t much in it for us.

“The focus on mental health and aged care is great.”

The Glenroy couple, who are building their family home in Pascoe Vale, say they pay a lot of tax and don’t see much of the benefit.

“We probably pay about $80,000 combined tax a year – it’s not small – and there are few incentives to continue to invest,” he says.