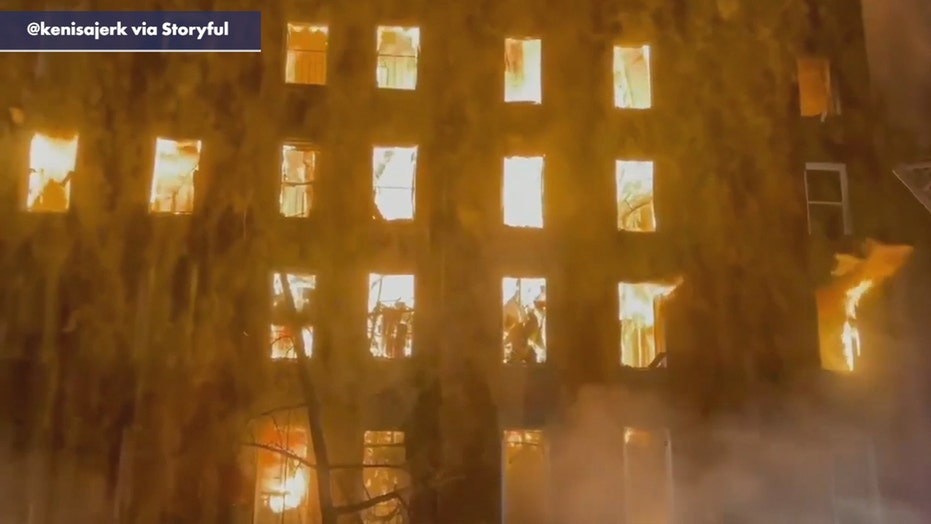 Raw video: A large fire broke out at a five-story vacant building, spreading to a nearby church in the East Village in Manhattan.

FDNY Commissioner Daniel A. Nigro was on the scene to help fight the fire and assess the damage.

The department received the call shortly before 5 a.m., with units arriving “very fast,” according to Assistant Chief John Hodgens.

“We quickly transmitted additional alarms to get additional help here,” Hodgens said. “We knew this was going to be a big operation.”

“We were able to contain it to that area,” he added.

At the time of Hodgens's statement, the fire was designated a 5-alarm fire, which required 200 firefighters and 44 units to contain.

Units sustained “minor injuries” for four firefighters. The church, however, suffered “extensive” damage, with Hodgens labeling it a “total loss.”

The department and city officials will need time to assess the full damage to the buildings. The cause of the fire is unknown, but marshals have already started an investigation into the cause.

The vacant building had previously burned in February last year, but the cause was determined to be an accident and unrelated to Saturday’s blaze.