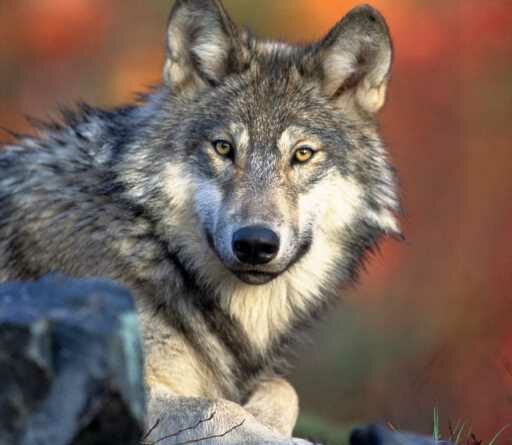 Video of what was thought to be a wolf pack in Park County led to a wildlife investigation and a subsequent determination that the animals sighted were dogs.

The video was taken on April 25 in an area about eight miles south of Fairplay and was circulated on social media, according to a Colorado Parks and Wildlife news release.

After receiving a report on the video, wildlife officers started an investigation to make an informed, science-based decision on whether the sighting and video was actually of wolves.

“We take a conservative approach to stating whether or not there are wolves in a particular area, and this case is an example as to why we do not have an immediate reaction or public response,” said Eric Odell, CPW’s Species Conservation Program Manager.

Shortly after the initial sighting, the Park County Sheriff’s Office released information about a group of large cross-breed St. Bernard dogs that had escaped an enclosure in the area of the sighting video. Still, wildlife officials met with the reporting party to key in on the exact location of the sighting.

During a site investigation, three wildlife officers found canid tracks in snow and made a cast set for analysis. A drop of blood, two separate hair samples and two urine samples were collected and sent to a laboratory for genetic testing. A howling survey was conducted in the area.

“Especially on something as sensitive as a wolf sighting, we always want to do everything in our power to investigate it to the best of our ability to confirm, or not confirm what it is,” said Mark Lamb, an area wildlife manager based out of Fairplay, said in the release. “We want to make sure that we are doing our due diligence and making sure everything is correct before we start releasing any information.”

The collected samples were submitted to a USDA Animal and Plant Health Inspection Service laboratory and results returned on Thursday were positively connected to a domestic dog.

As part of the CPW investigation, wildlife officials on April 27 searched the immediate vicinity and greater surrounding area in a grid format from an airplane looking for an elk carcass, which was part of the original sighting report. No carcass was discovered.

“The flight allowed us to try and cover our bases to make sure that if they were wolves and they moved, that we were able to detect any sign of wolf activity,” Lamb said. “That would be looking for any dead wildlife, which we didn’t discover. For a pack of four to five wolves, we would have found some deer or elk carcasses or livestock carcasses and we didn’t find anything, even where the initial report came in.”

Wildlife officials said they appreciate public reports, but they also urge people to be careful about coming to conclusions based on a single source.

“We are thankful to the people that reported it so we could look into it and know for certain, at least with this one particular case,” Lamb said.

A gray wolf pack has been documented in northern Colorado near Walden.

People who believe that they’ve spotted a wolf are asked to fill out a CPW wolf sighting form online. Not all sighting reports will generate a response by wildlife officers, each report will, however, be individually evaluated.

“We are paying attention to these reported sightings to see what is going on,” Lamb said. “We evaluate what information the public gives us to the best of our ability and will take the next steps when we feel that we need to.”