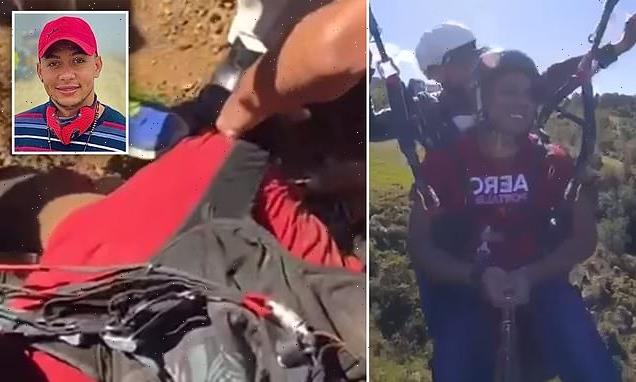 Recovered video shows paragliders enjoy blissful ride above the tree tops minutes before the pair crashed in the Dominican Republic, leaving the passenger dead and pilot in the hospital

Video shows a paraglider passenger sailing above the trees with a smile on his face in the Dominican Republic before he and the pilot flying him fatally crashed on a farm.

Christopher León, 33, who was riding in the passenger seat of the foot-launched aircraft, died before paramedics were able to reach a local hospital in the central municipality of Constanza on Sunday.

The Civil Defense said León’s death was caused by severe trauma to multiple parts of his body.

Tomás Batista was rushed to a Constanza hospital and later transferred to a medical facility 72 miles away in the northern city of Santiago.

He is currently hospitalized and being treated for a chest injury. 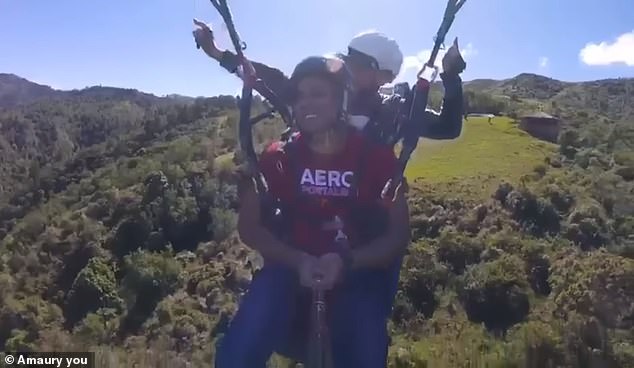 Tomás Batista (front center) told Christopher León (rear center) that it was only his fourth time piloting a paraglider moments before crashing in Constanza, Dominican Republic, on Sunday. Batista survived the accident but León died while he was being rushed to a local medical facility. Batista remains hospitalized 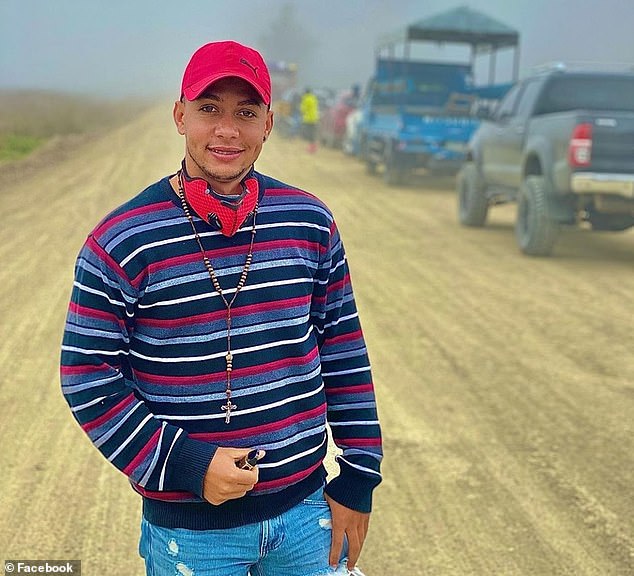 A camera mounted to the paraglider showed the excited men ready to take off on the flight over the Constanza town of Sabinas while several people stood back watching on a hilltop.

León and Batista shout in excitement as they glided over the Caribbean Island’s highest settlement.

During the flight, Batista told León that it was ‘my fourth time’ being at the control of the paraglider before León replied, ‘You are already a pilot.’ 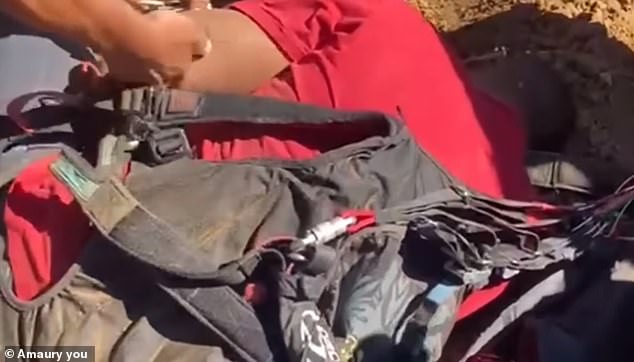 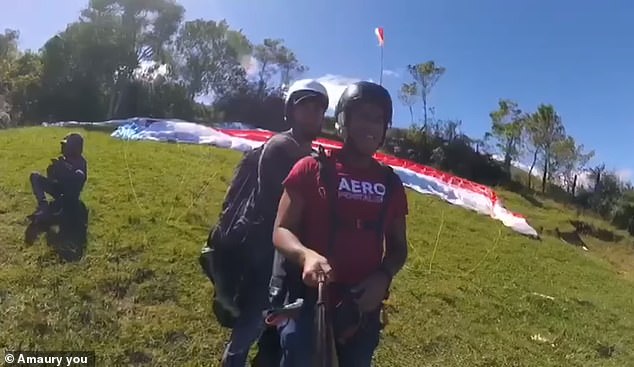 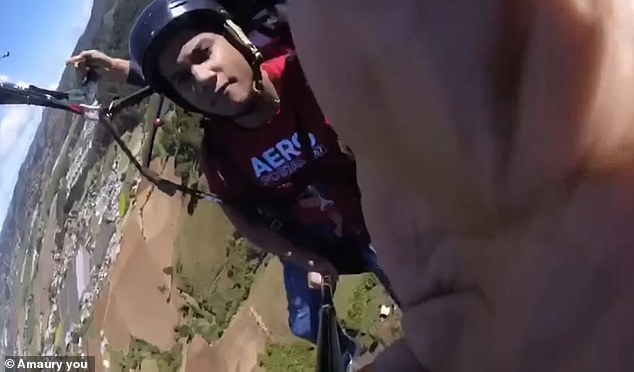 Tomás Batista reaches for the camera mounted on the paraglider moments before crashing in the Dominican Republic. Batista survived but the pilot identified as Christopher León died while he was being rushed to a local hospital. Batista remained hospitalized and is being treated for a chest injury

They were about two minutes into the flight when Batista reaches for the camera to adjust its angle.

At some point while gliding over Sabinas, authorities said that Leon flew into a wind current, which prevented him from making the necessary adjustments to redirect the paraglide before plummeting from the sky.

A separate video recorded by a bystander showed a bevy of Good Samaritans rushing to help León and Batista, who were lying over a patch of dirt.

DailyMail.com reached out to the Civil Defense for comment.