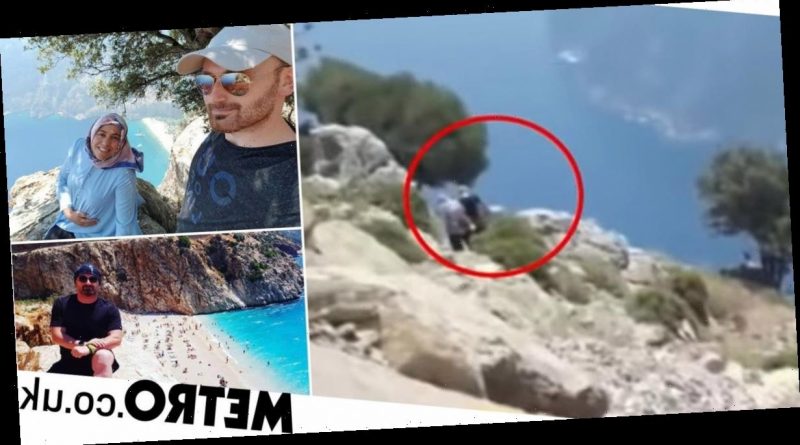 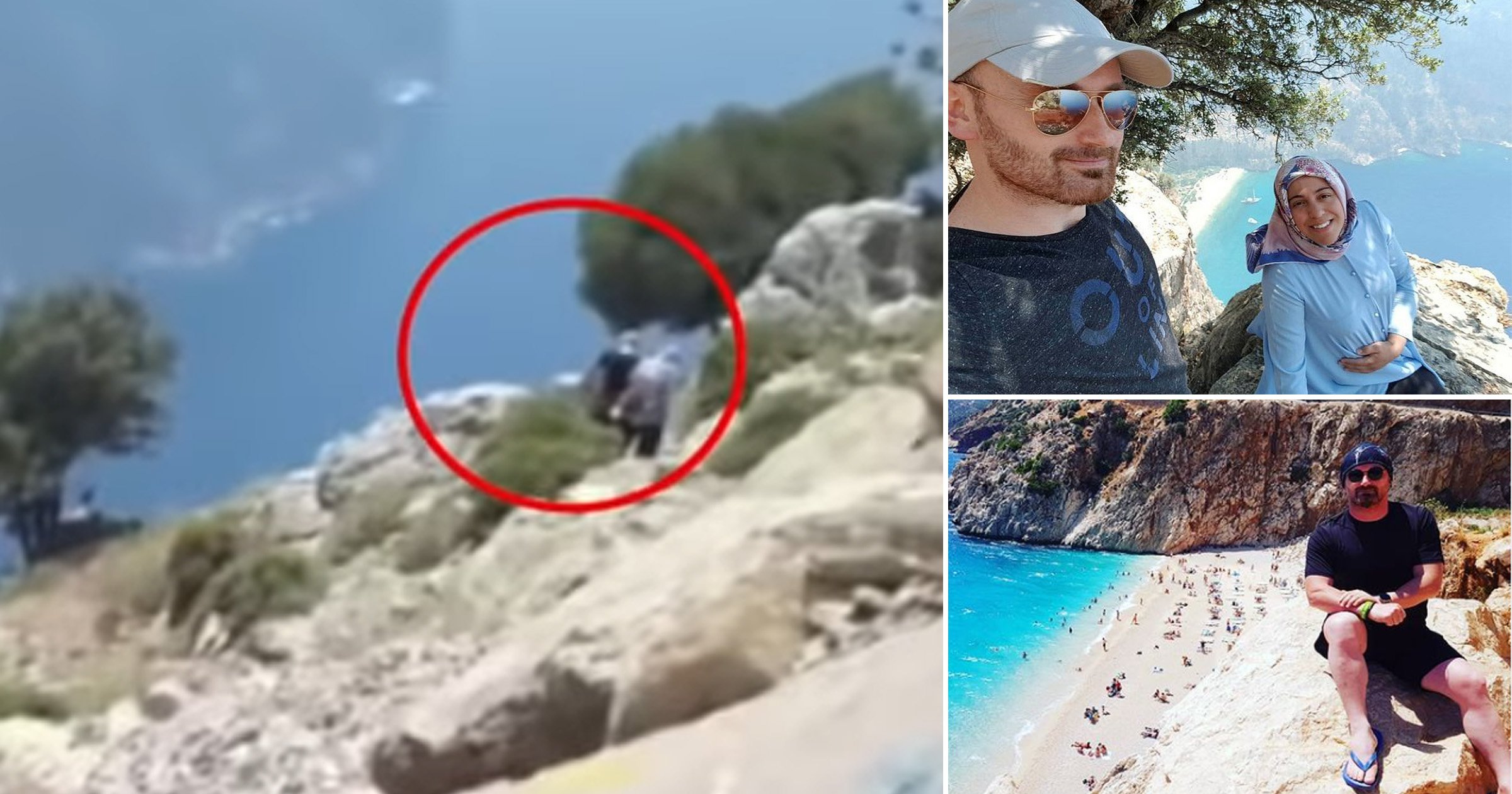 Footage has emerged showing a man leading his pregnant wife down a cliff to take selfies before he allegedly pushed her to her death to claim insurance money.

Hakan Aysal, 40, is accused of throwing his wife Semra Aysal, 32, off the cliff-edge while on holiday in Butterfly Valley, south-eastern Turkey, in June 2018.

Mrs Aysal and their unborn child, who she had been carrying for seven months, were killed instantly after falling almost 1,000 feet.

Prosecutors allege Aysal murdered his wife so he could cash in on more than £40,000 of personal accident insurance he took out on her behalf before her death. He denies the allegations.

After news of the police investigation was unveiled, a concerned tourist shared footage of the couple just moments before the mother-to-be died.

Footage shows Aysal appearing to hold his wife’s hand as he helps her head down the cliff edge in the sun.

As they head further down the steep decline, they are seen standing behind a rock as they look out across the sea.

The police are now using the tourist’s footage as part of their investigation into the alleged murder, reported The Sun.

Turkish detectives reportedly revealed that Aysal revisited the spot where his wife fell to her death and posed for a photo with the ‘tribute’ message: ‘A place that was once my paradise no longer has sun’.

Images previously emerged of the couple smiling together on the sunny clifftop shortly before Mrs Aysal’s death.

Prosecutors claim that the only reason the couple sat on top of the cliff for three hours was so Aysal could make sure no one was around.

As soon as he realised they were alone, he deliberately killed Mrs Aysal by pushing her off the cliff, they allege.

The indictment stated Aysal had claimed the insurance payment shortly after her death, but it was declined when news of the investigation was unveiled.

In a video interview presented to Fethiye High Court, the victim’s brother, Naim Yolcu, said: ‘When we went to the Forensic Medicine Institute to get the body, Hakan was sitting in the car.

‘My family and I were destroyed, but Hakan did not even appear sad.’

He added: ‘My sister was always against taking out loans. However, after she died, we learned that she had three loans taken out by Hakan on behalf of my sister’.

Previously, Aysal told the court: ‘After taking a photo, my wife put the phone in her bag. Later she asked me to give her the phone.

‘I got up and then heard my wife scream behind me when I walked a few steps away to get the phone from her bag.

‘When I turned back, she was not there. I did not push my wife.’