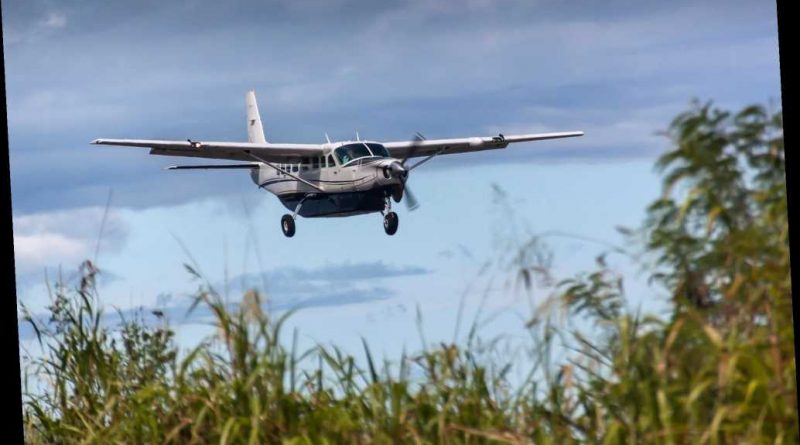 Nigerian military plane crashes in front of screaming crowd, killing all 7 on board

Wild footage shows a small single-engine jet make an emergency landing in the middle of a California highway — colliding with a car, according to reports.

Video posted by local news source 209 Times shows the moment plane hit Interstate 580 in Livermore, and a white sedan, which pushed the aircraft forward about five feet as it screeched to a stop.

“Holy f–k, I just barely got that!” the person taking the video exclaims. “What the hell!”

Pilot Josh Redsun told KPIX the plane was forced to land at around 5 p.m. on Tuesday after taking off from nearby Livermore Municipal Airport.

It managed to reach about 500 feet of elevation before diving towards an overpass above the interstate.

“Power was lost on take off,” Redsun explained. “I’m glad we’re all ok.”

Redsun, his father and the driver of the sedan — which Jalopnik identified as a Lexus IS — all escaped uninjured, KPIX said.

The nose of the Mooney M20E plane appeared to have hit the car’s frontend, KPIX said.