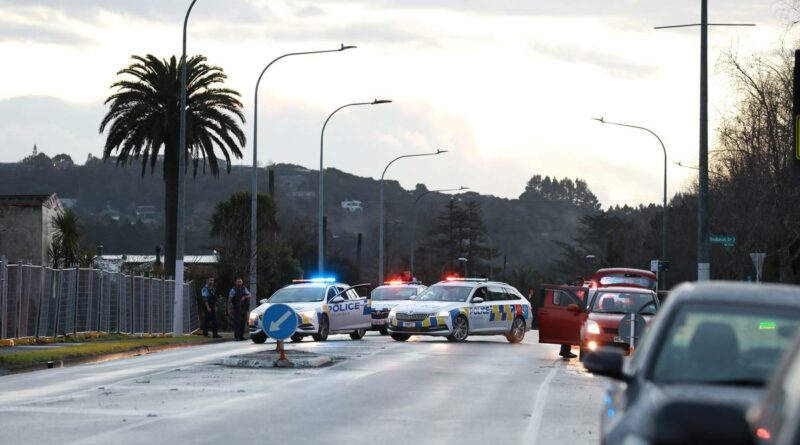 An passerby has captured the frightening moment a gunshot rang out in broad daylight in a West Auckland public space.

It comes as police have arrested a second person in relation to the shooting in Swanson, in the Tupu Lane area, after 4.20pm on Sunday.

Waitematā Crime Squad Detective Senior Sergeant Nick Salter said a 19-year-old man has been charged with discharging a firearm in a public place.

Police have also located a starter pistol at a Swanson address where the man was arrested, Salter said.

He was due to appear at the Waitākere District Court on Friday, July 23.

Earlier, a woman who was driving a Suzuki Swift was arrested in connection to the shooting but no charges have been laid against her.

Police said they could not rule out further arrests as part of their investigation.

The video shows a black Landrover pulling up to a main road before stopping for a few seconds at the same time the sound of gun being fired was heard.

A passing motorist, who did not want to be named, said he had just finished grocery shopping with his partner when he saw a fight break out with up to 15 people gathered on the side of the road.

There were also about four cars surrounding the group, the man said.

He kept driving but moments later he returned to the spot and started filming.

“I just got the end of the commotion…it looked like someone in the car fired the shot, you hear it and then see a small puff of smoke before the Landrover takes off,” the man said.

“It was crazy…usually it’s a pretty chill out area.”

A local grocery store shopkeeper said there were many police in the area near the junction of Bahari Dr and Swanson Rd.

Police were told a firearm was discharged in the area.

“There are no reported injuries,” a spokeswoman said on Sunday.

Police, with the Eagle helicopter overhead, had been making inquiries in the area yesterday evening, she said.

Shortly before 6pm, a cordon was put up on Swanson Rd about halfway between Swanson and Ranui.

A member of the public on social media said armed police were in the area and had told her not to enter part of Swanson Rd due to a shooting nearby.