Hanoi: Vietnam's National Assembly has passed a cyber security law requiring companies like Google and Facebook to store all data of Vietnam-based users in the country and open local offices.

The measure has drawn rare dissent from some lawmakers and government leaders as well as local tech groups, who sent a petition to the legislature that warned it would hurt the economy. 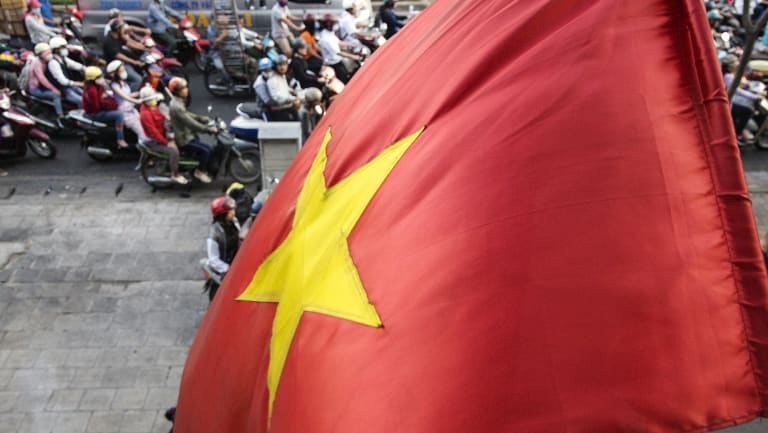 Demonstrators nationwide protested the bill on Sunday, saying it would limit free speech as the government could demand have access to the data.

"The cyber security law is a big backward step for Vietnam," Le Dang Doanh, a Hanoi-based economist and former government adviser said of the bill, which was passed by 87 per cent of lawmakers on Tuesday.

"It will restrict people's freedom of speech and it will deter foreign investors as it will seriously hurt the business environment in Vietnam."

Taking effect on January 1, the law will give the authorities wide discretion to determine when expression must be censored as "illegal" because some provisions will make it easier for the government to identify and prosecute people for online activities, he said.

The US Embassy in Hanoi last week issued a statement that said the law "may present serious obstacles to Vietnam's cyber security and digital innovation future, and may not be consistent with Vietnam's international trade commitments."

"Vietnam has done a lot to become more opened to businesses and trying to draw more foreign investment, and now with this cyber law, it will seriously hurt that effort," Doanh said.

The law's "provisions will result in severe limitations on Vietnam's digital economy," Jeff Paine, managing director of the Asia Internet Coalition, whose members include Facebook and Google, said in a statement.

Unlike China, Vietnam doesn't block websites such as Facebook, Google and Twitter. Police, however, have stepped up crackdowns on bloggers and Facebook critics since 2016 with jail sentences. The government has deployed 10,000 members of a military cyber warfare unit to combat what it sees as a growing threat of "wrongful views" proliferating on the Internet. The government has also pressured Vietnamese companies to suspend advertising on YouTube and other sites showing anti-government videos.

Facebook last year removed 159 accounts at Vietnam's behest, while YouTube took down 4500 videos, or 90 per cent of what the government requested, according to VietnamNet news. Vietnam's youthful population – almost 60 per cent are under 35 – has made the country a leader globally in terms of penetration of social networks, according to EMarketer Inc.

Many Vietnamese harbour resentment against China, Vietnam's northern neighbour, and were said to be angry about a measure that would allow the leasing of land to foreigners for 99 years in three special economic zones.

The government, which was scheduled to adopt the measure this week, said it would delay action until later this year, according to media reports.

Hundreds of protesters carrying signs and banners took to the streets in Hanoi, Ho Chi Minh City and several other cities over the weekend. 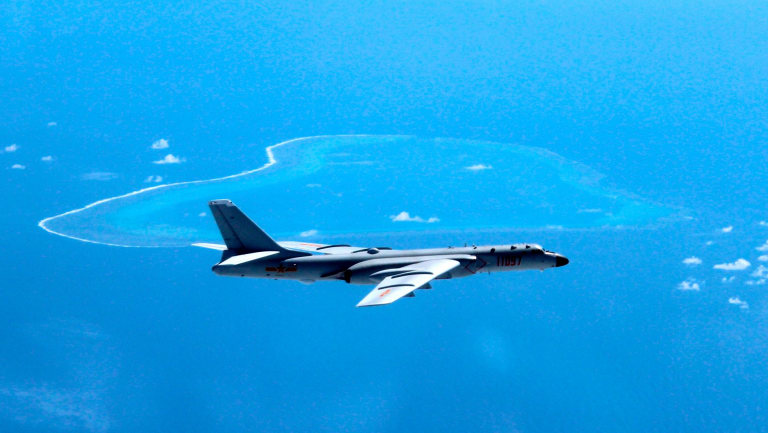 A Chinese H-6K bomber patrols the islands and reefs in the South China Sea – which has been a source of tension with neighbour Vietnam.

On Sunday evening, hundreds of demonstrators in Binh Thuan province defied tear gas and fire hoses to storm the office of the People's Committee. Authorities said that dozens of police officers were injured in clashes and that protesters burned cars and vandalised the building.

The Vietnamese public was already angry over China's claim to much of the South China Sea, including coastal waters that Vietnam claims. Now, many fear that the proposed economic zones would be dominated by Chinese investors, including possibly state-owned companies.