With a mask covering her mouth, a girl hunches forward, staring intently as she adds a coat of polish to a neatly manicured nail.

Next to her, another girl applies false nails. On a floor above, in rows of desks, more students learn intricate floral nail designs.

Welcome to one of Vietnam’s ‘nail academies’, where every year thousands of students aged 15 to 50 train to be nail technicians.

But very few will stay in the country as manicures are a luxury few Vietnamese can afford. Up to 90 per cent will travel abroad – many to the UK – to work in cheap high street nail bars. 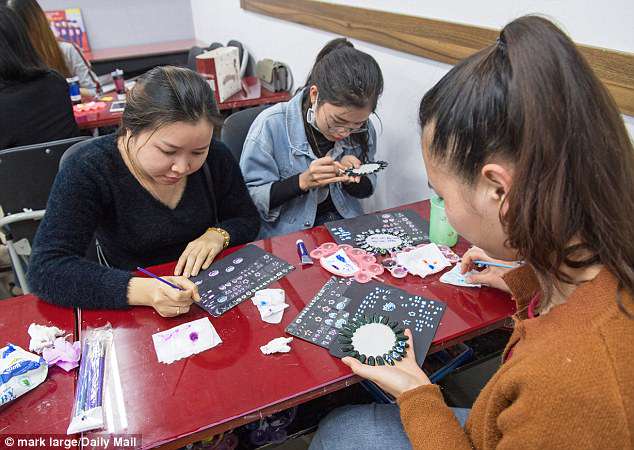 Many fall into the hands of traffickers after paying huge sums to be smuggled illegally into the UK.

Some find they owe gangmasters money after they have arrived, and are made to work for free to pay off the debt while living in poor conditions. Others are made to tend cannabis plants or forced into prostitution.

Several Vietnamese men and women training at centres seen by the Mail were planning to travel to the UK to work.

Among them was Mr Nguyen, not his real name, in his 40s. He said he had sold his car, remortgaged his house and taken out a loan to pay a gang 800million Vietnamese dong (£25,000) to get to the UK – after being introduced to them by a friend who was already in Britain.

The married father was training at a nail academy near Hai Phong, north-east Vietnam. Students there pay a few hundred pounds for a three-month course.

Mr Nguyen, who planned to leave his family behind and send them money, said he did not know where he would be working, but had been told he could earn as much as £2,000 a month in a nail bar. 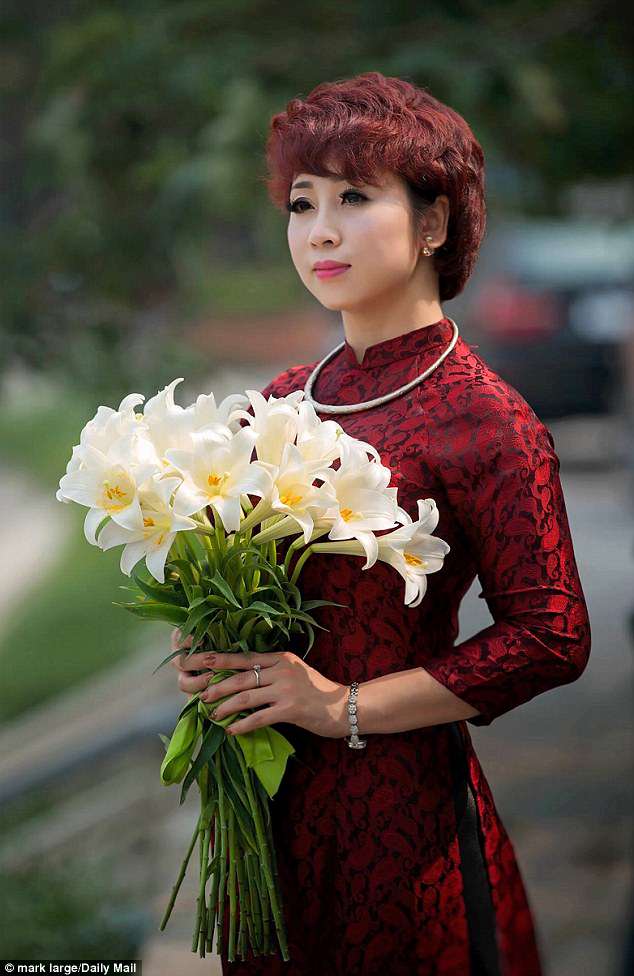 In Vietnam, the average wage is only around £150 a month. Mr Nguyen said: ‘I don’t mind working hard, and working long hours. This will change my life.’ He was unsure whether he would be in the UK legally or not.

At Hand Viet, in an office block down an alley on the outskirts of Hanoi, a three-month course costs 7million VND (£220), with students aged from 15 to 50. The manager said 90 per cent went abroad after the course.

Among those training was a 29-year-old man planning to travel to Britain to join relatives working in a nail bar. ‘The earnings are good for me,’ he said. Students at Viet Beauty included a 31-year-old woman who had married a British tourist. She planned to settle with him in the UK and work in a nail bar.

Viet Beauty owner Nguyen Oanh, who trains more than 1,000 students a year, said more than 50 per cent went abroad to the UK, America, Australia or Dubai.

The journey to Britain is not without dangers but many are prepared to risk it. They accept poor living and working conditions to send money back to their families, who have often sold possessions and taken out loans to get them to the UK.

Tran, not his real name, who spent eight years in the UK working illegally in a nail bar outside London, said he enjoyed his time there – despite having only one day off a year and no lunch breaks.

‘For me, the conditions were very good,’ he said.

‘The wages were good, the people were nice, I liked it very much.’

Tran had to return to Vietnam earlier this year as he did not have permission to bring his wife and children to the UK.