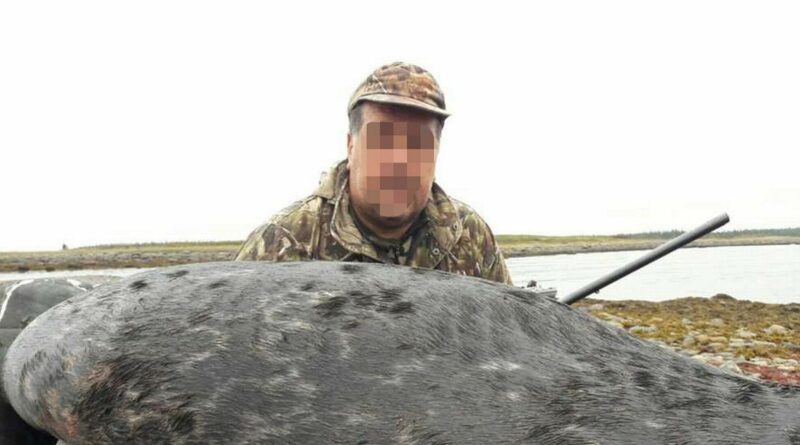 A seal has its nose sliced off after being shot dead in the latest “sport” for bloodthirsty tourists.

Other grisly photos show the carcasses of the defenceless creatures lined up dead in the snow as they have their fur skinned from their bodies.

The vile images lay bare the brutality of the trophy hunting industry, which now includes trips to kill seals.

Travel companies are offering the gruesome getaways to butcher grey seals in Finland.

Animal campaigner Eduardo Goncalves, the founder of the Campaign To Ban Trophy Hunting, described them as “sick”.

He said: “It is bad enough that seals are clubbed for their fur. Now businessmen are selling holidays where you can kill them for fun.

“What sick world are we living in where murdering beautiful animals is a legitimate way to make money?

“Trophy hunting firms are making millions from this disgusting so-called sport. There is hardly any animal that’s safe from them.

“Instead of taking happy snaps on the beach, these people take selfies of themselves grinning next to the body of the innocent animal they just killed for thrills.”

Professional seal hunters have traditionally used clubs to kill them. But trippers are given rifles to stalk the seals on boats before shooting them for £729 per day.

Meriraahe, who operate in the Bay of Bothnia, Finland, have grisly photos of hunters posing with their kills on their website.

The company boasts: “Lots of shot opportunities and fresh sea air is guaranteed.”