Labour was plunged into a new race row last night after its supporters bombarded Sajid Javid with abuse.

Mr Javid, the first ethnic minority MP to lead the Home Office, was branded a ‘coconut’ and ‘Uncle Tom’ – notorious terms used to accuse someone of betraying their heritage.

The race row comes as Labour leader Mr Corbyn continues to be dogged by claims that he is failing to stamp out anti-Semitism in the party. On Sunday it was revealed that his official Facebook page is littered with vile slurs against Jews, left by followers below a message Mr Corbyn posted about meeting Jewish leaders last week. 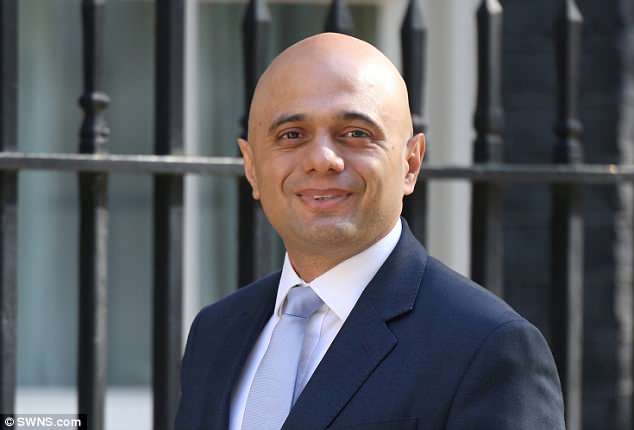 Mr Javid, the first ethnic minority MP to lead the Home Office, was branded a ‘coconut’ and ‘Uncle Tom’ – notorious terms used to accuse someone of betraying their heritage

Yesterday, a Labour mob took to social media to hurl racist insults at Mr Javid – who was born in the UK to Pakistani parents.

Omar Qureshi, a Labour member in Birmingham who is pictured wearing a Corbyn T-shirt, wrote on Twitter: ‘Congratulations to Sajid Javid, the first coconut Home Secretary’.

Tariq Mahmood, a Labour activist campaigning for the local elections in Peterborough, referred to Mr Javid as ‘the new coconut Home Secretary’ on his Facebook page. Activist Salman Khan wrote on Twitter: ‘Theresa May has appointed Sajid Javid as Home Secretary, a literal coconut to cover the Conservatives’ racist build-up to the Windrush scandal.’

And a Twitter account which has 35,000 followers, including Shadow Chancellor John McDonnell, Corbynite MP Chris Williamson and Labour councillor Jack Johnson called Mr Javid an ‘Uncle Tom’ – an insult used against ethnic minority people to suggest they are subservient to whites. The racist posts were uncovered and exposed by the Guido Fawkes political blog. Friends of Mr Javid said they were ‘appalled’ by the abuse.

One said: ‘He is the first person of South-East Asian origin to become Home Secretary, one of the great offices of state. That is enough of a riposte to these racists.He has so much on his plate now with sorting out Windrush, national security and keeping the public safe, that there is no time to be messing about with these kind of people. It speaks volumes that this is the kind of people Jeremy Corbyn attracts.’

A Labour spokesman said: ‘Any complaints we receive which relate to party members are fully investigated and appropriate disciplinary action is taken.’ 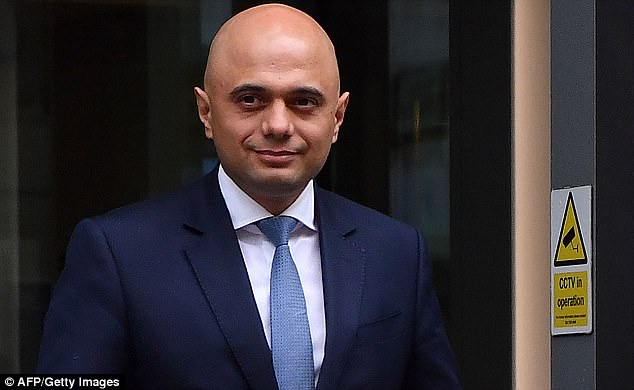