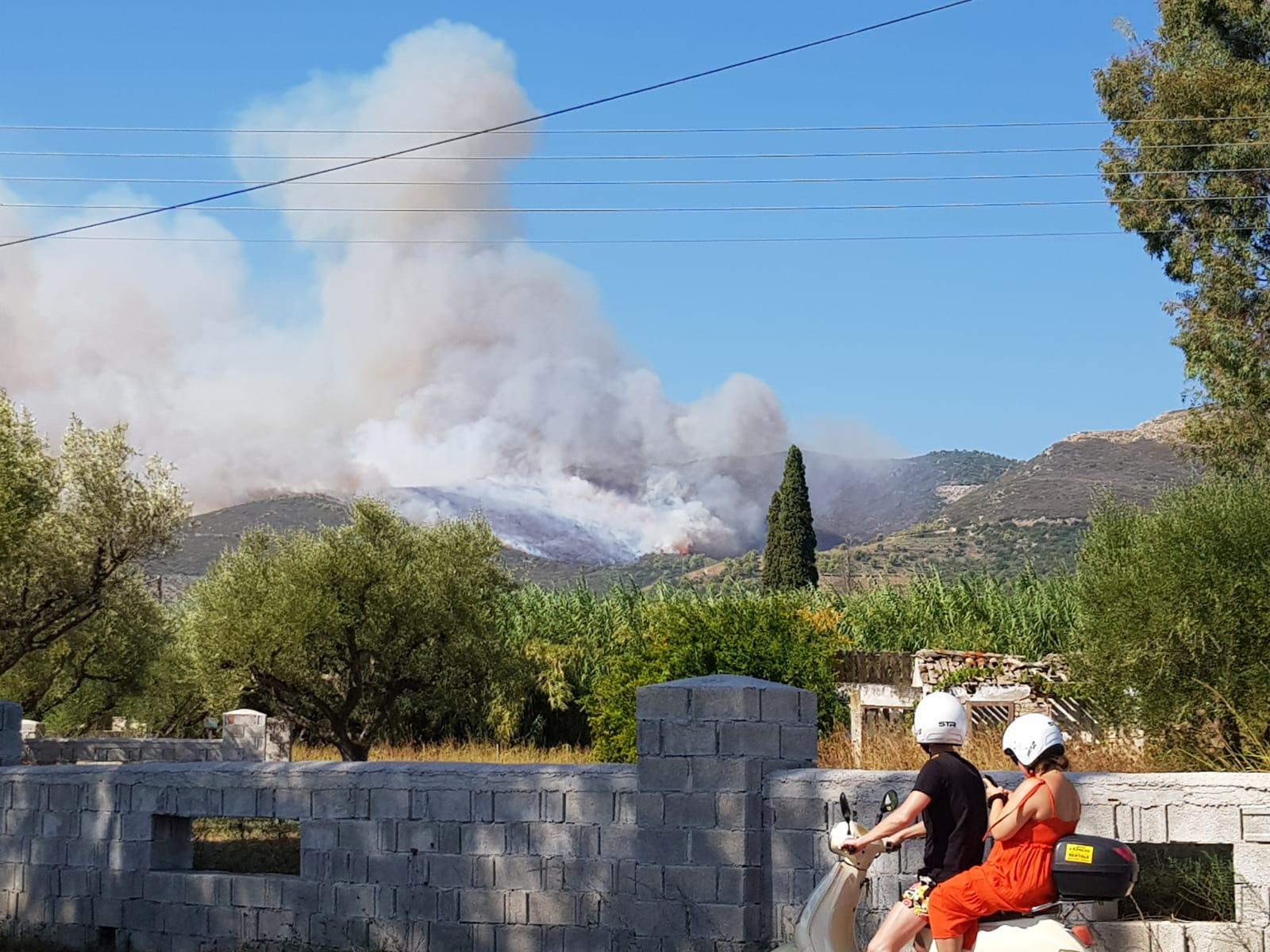 ATHENS (Reuters) – A large wildfire on the Greek island of Zakynthos fanned by strong winds forced the evacuation of two villages on Sunday.

No fatalities were reported and the winds were not expected to subside before Tuesday.

“We evacuated about 300 residents and tourists from the villages of Keri and Agalas as a precaution,” a fire service spokesman told Reuters. “The fire is near homes.”

More than 100 firefighters were battling the blaze backed by 28 fire trucks. Two water-bombing helicopters and four planes participated in the operation earlier on Sunday.

Another wildfire raged in Loutraki region, 80 kilometers from Athens, and the fire brigade said it had been called to put out more than 70 fires in the last 24 hours.