THIS is the moment four violent muggers target a wealthy tourist outside his Barcelona hotel – snatching his designer watch as tries to stop them nabbing the keys to his Bentley.

The Brazilian man managed to ward off his attackers and run back to the doors of his hotel unharmed, with his shirt ripped off. 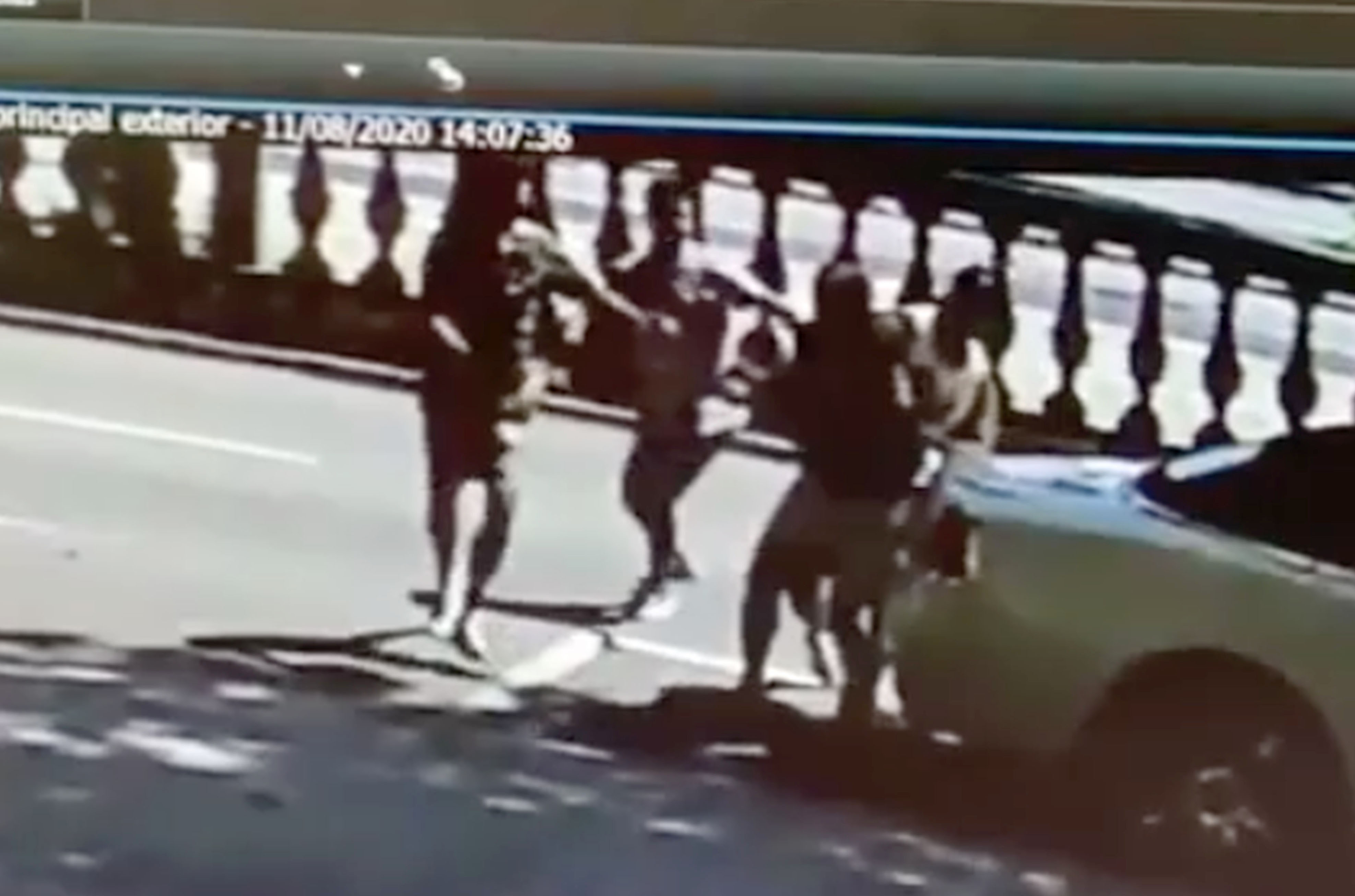 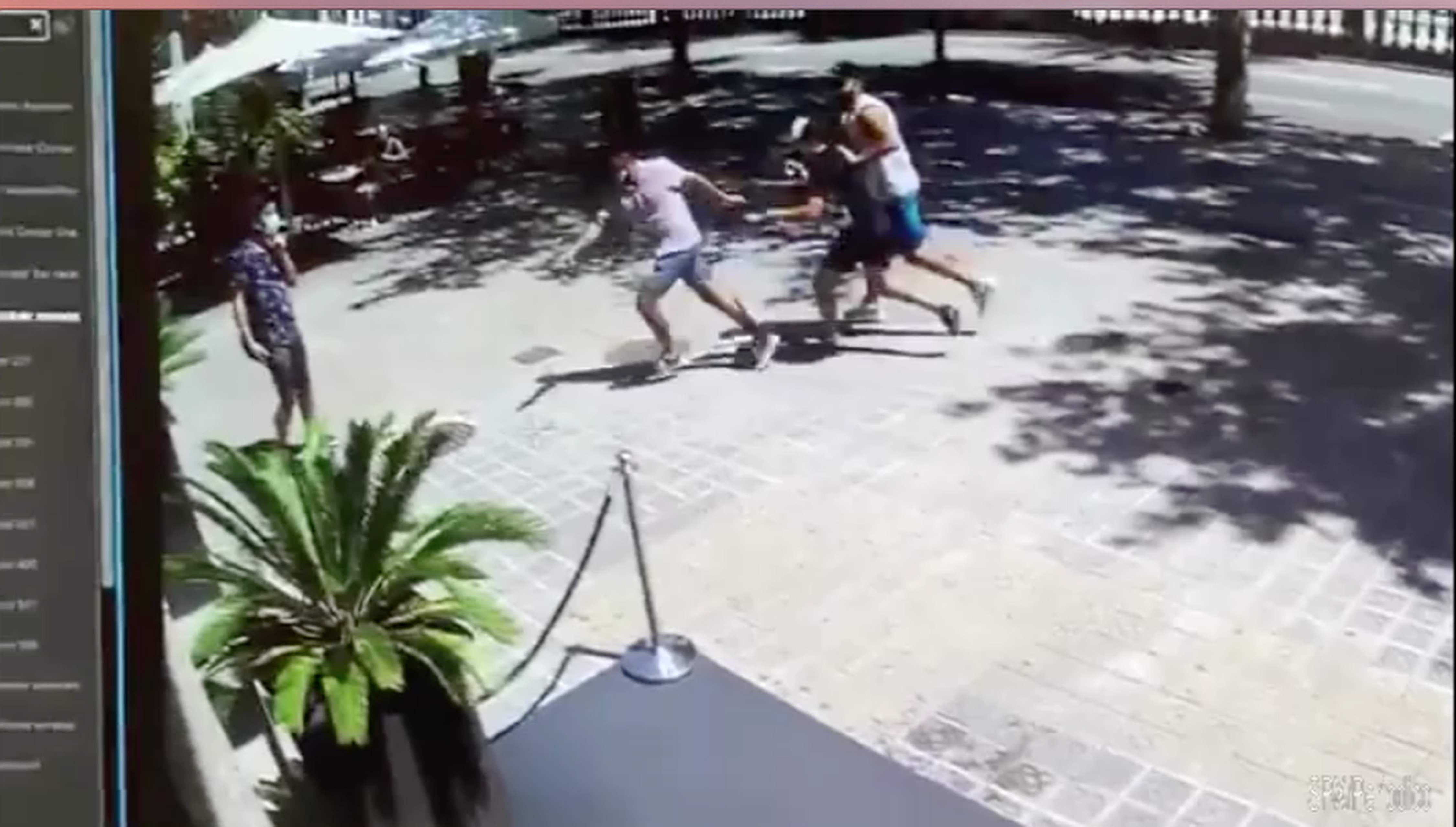 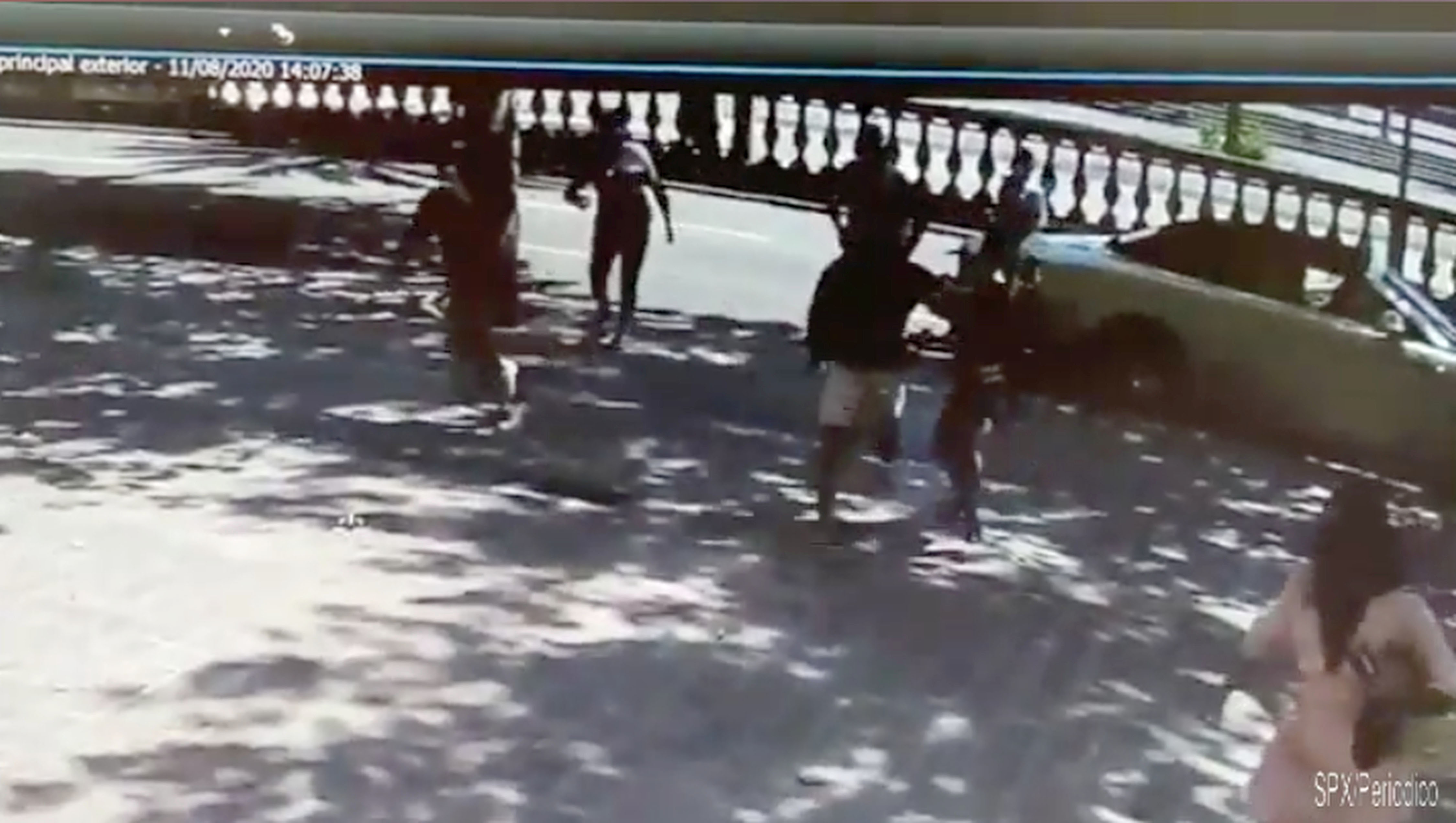 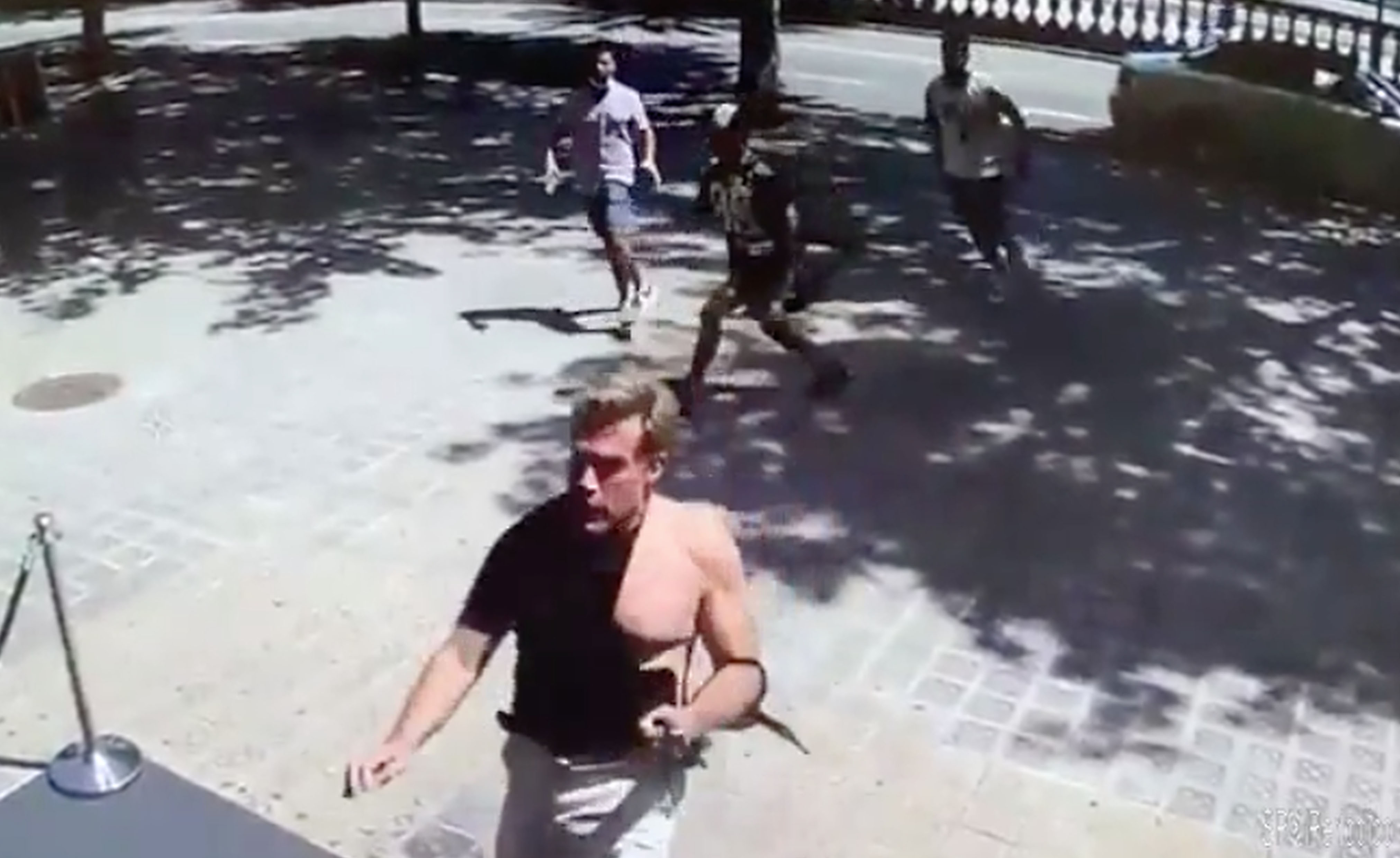 Police said today they had identified the suspects but had yet to make any arrests.

They are thought to have been targeting the holidaymaker’s watch, although at one point the victim appeared to be trying to keep hold of the keys to his Bentley convertible.

The incident outside the unnamed hotel, in the palm tree-lined Paseo Colon in Barcelona’s Ciutat Vella district, occurred two months after thugs were filmed brutally beating a foreign man living in the city before making off with his watch.

Police confirmed after that incident five Moroccan men had been arrested.

Footage from the latest incident showed the wealthy Brazilian targeted by muggers leaving his hotel with two other people including a well-dressed woman.

One of the robbers surprised him from behind as three other accomplices who had come from different directions pounced on him like vultures.

The male pal the robbery victim had walked out of the hotel with ran round to the driver’s door of the parked Bentley to help his friend ward off his attackers.

The tourist trio managed to make it back to their hotel as the muggers fled.

Staff at the hotel revealed afterwards the tourists, who said they recognised the attackers and believed they had been monitoring their movements the previous day, had left Barcelona for Monte Carlo after the scare.

One told Barcelona daily La Vanguardia: “They only spent a night here and after what happened they changed their plans and left for Monte Carlo.

“And a few hours later, as other guests realised what had happened, the rest of our clients also decided to leave.

“We made great efforts to reopen this summer, only for the few tourists in the city to flee frightened because of the criminals here.”

Love Island star Laura Anderson revealed last month how she became the victim of an alleged mugging in Barcelona and felt too scared to leave her hotel room.

The Catalan capital has come under the spotlight in recent months over the amount of violent crime, with local police union CCOO claiming earlier this week the public’s security could not be guaranteed with the number of officers available.

A spokesman for the regional Mossos d’Esquadra police force confirmed today: “No arrests have yet taken place but the suspects in this attempted robbery have been identified.”

A well-placed source said they had yet to receive a formal complaint from the victims.

The Mossos spokesman also said an operation to tackle repeat offenders blamed for the vast majority of the muggings and other violent crimes occurring in Barcelona, had led to a reduction in the number of incidents.

The force said: “During the months of June and July we have arrested 360 people for violent robberies, 34 of whom have been remanded in prison.

“Of the hundred or so repeat offenders estimated to be operating in Barcelona at the moment, 52 have been arrested since June 1.” 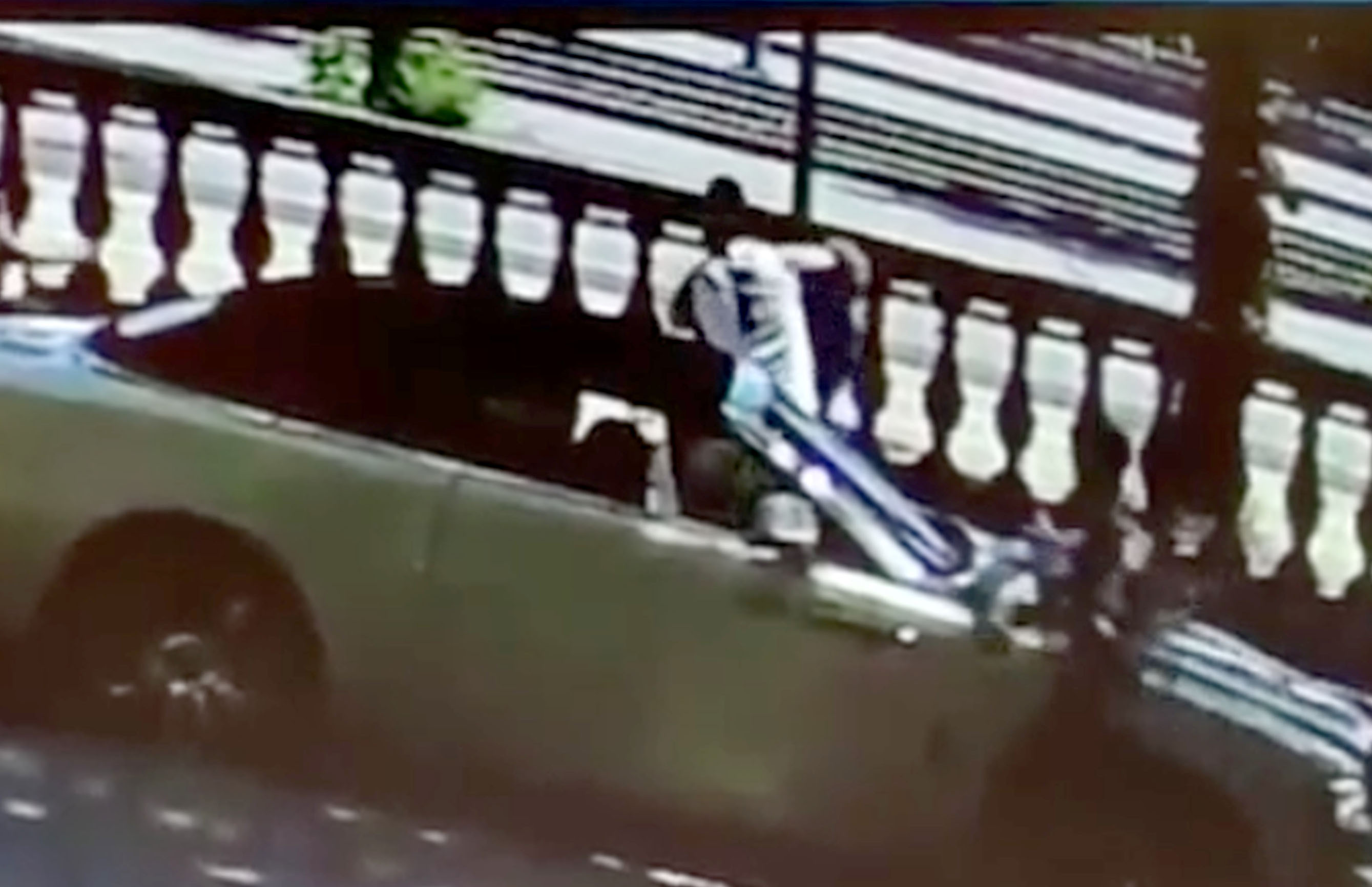 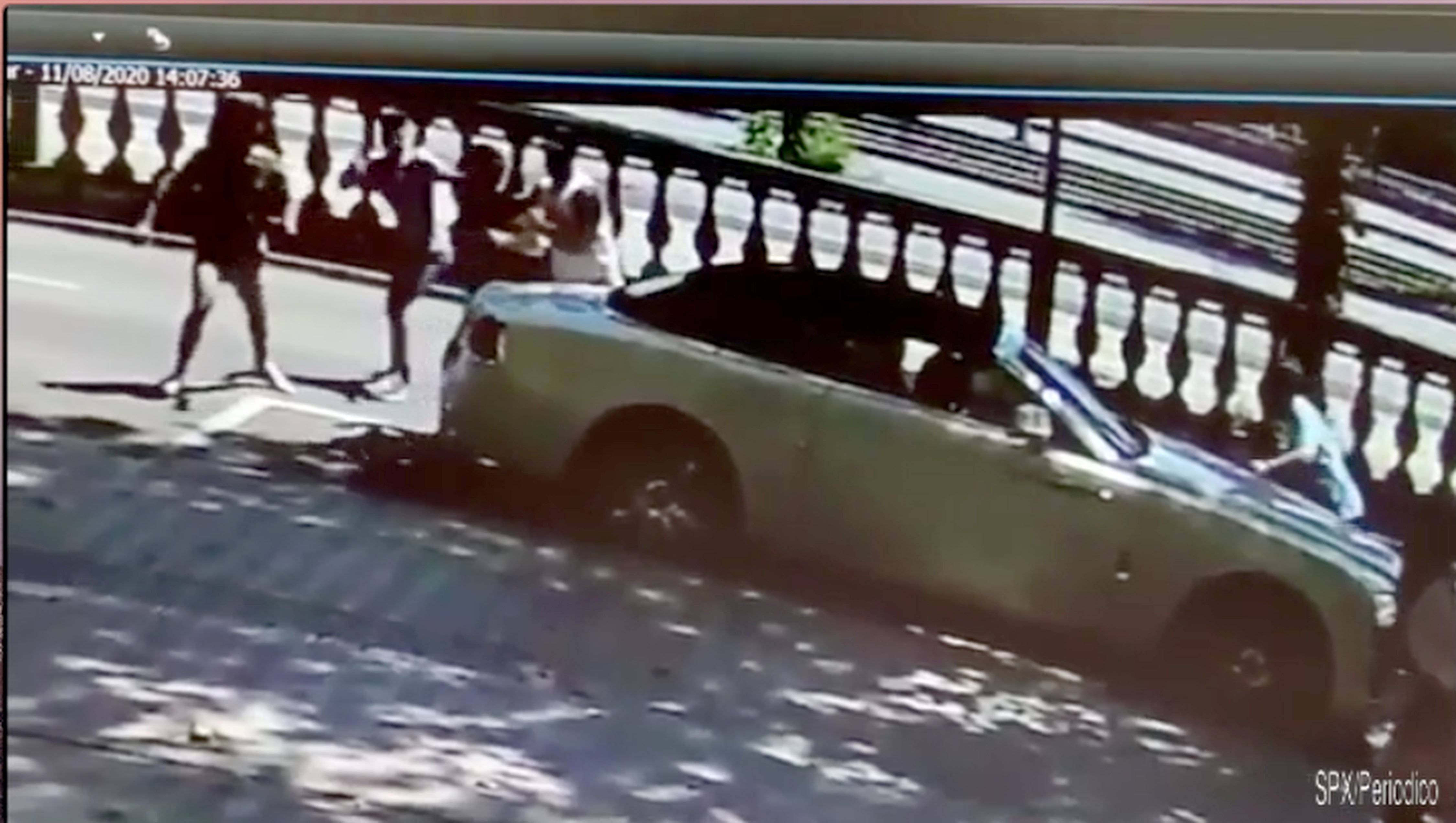 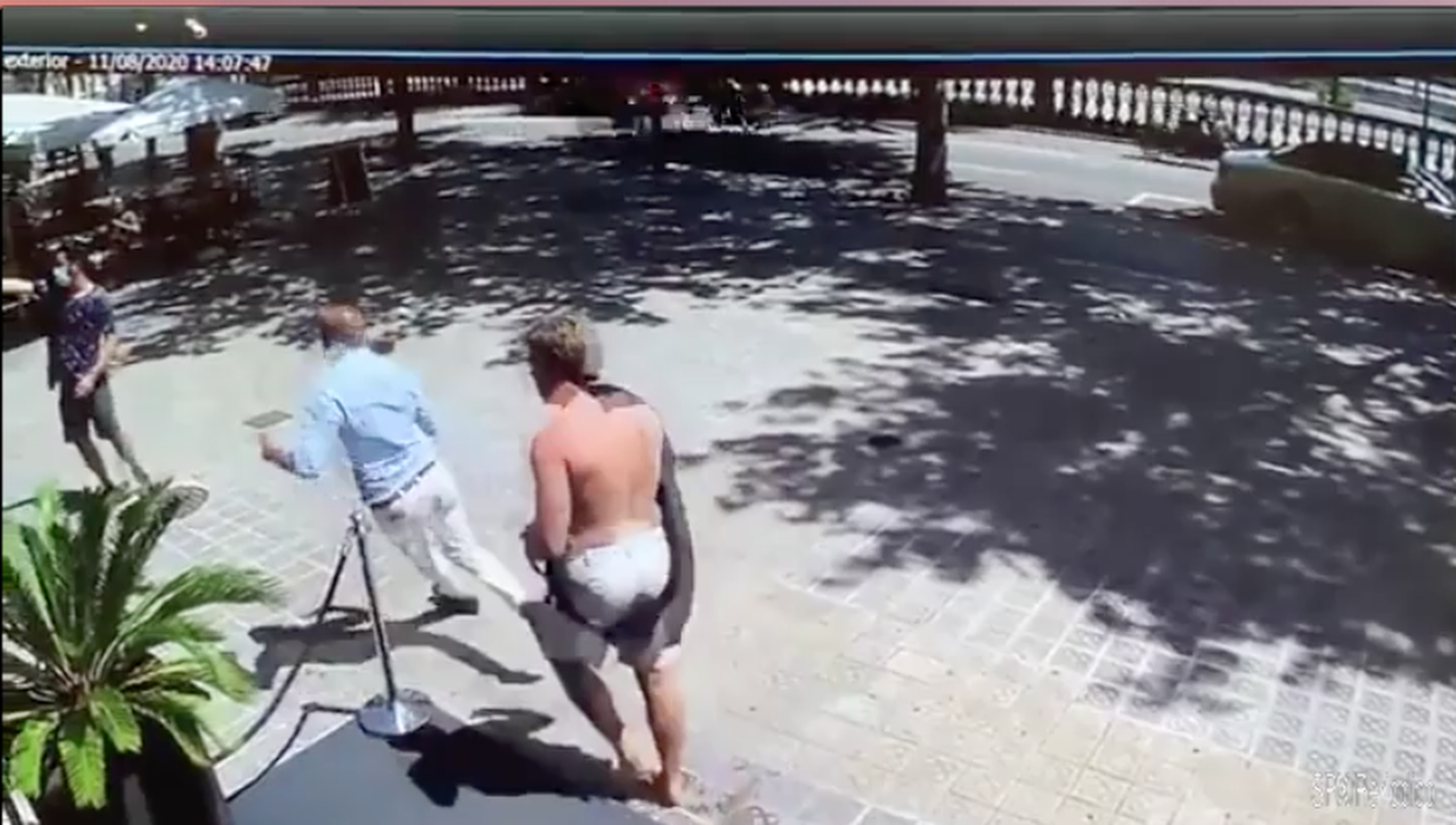 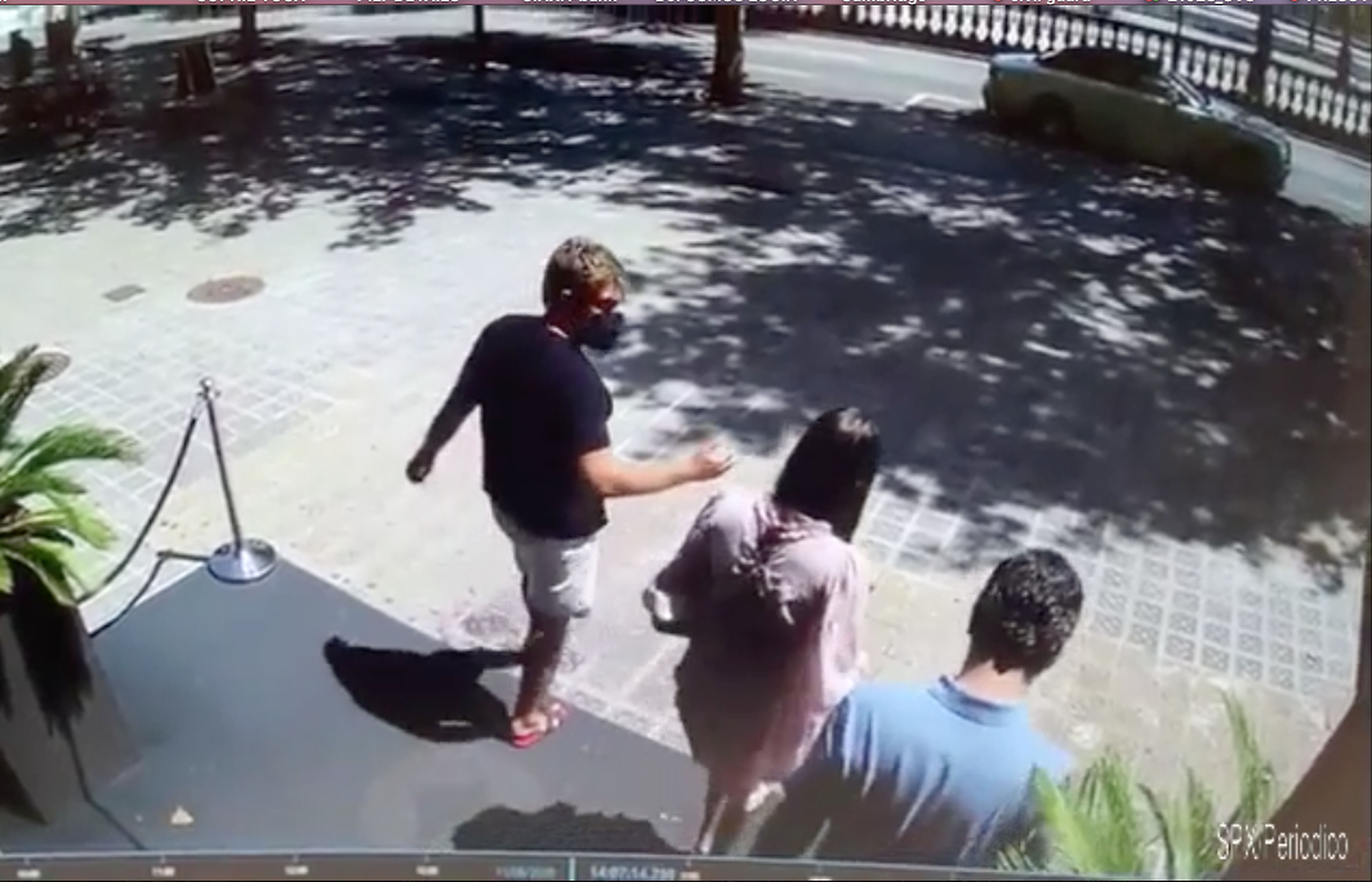