The Russian President called for the punishment to be lifted after it was first imposed in 2014 when his country annexed Ukraine's Crimea. 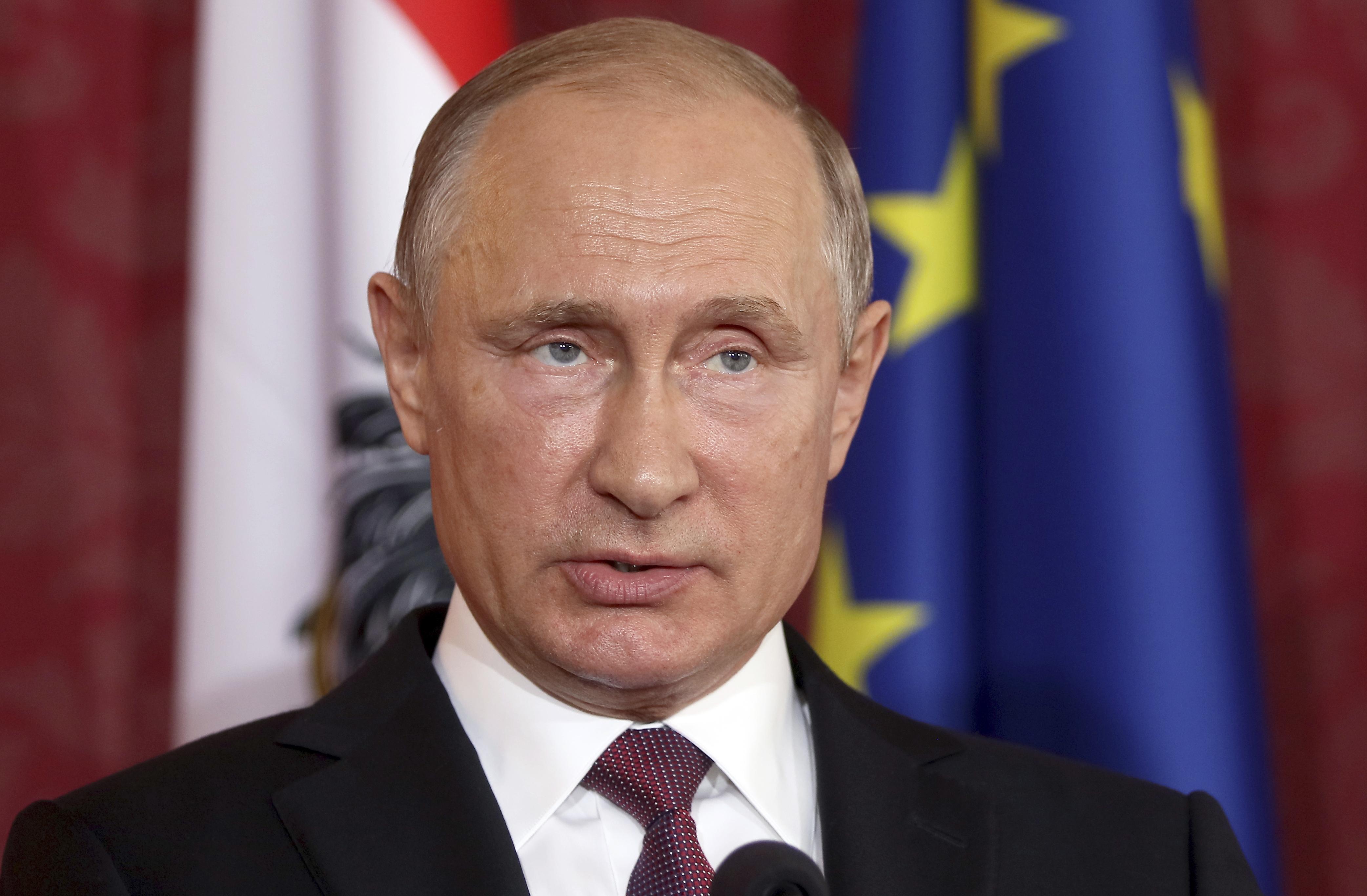 He made the demands during a visit to Austria on Tuesday – his first trip to the West since being re-elected to the Kremlin in March for his fourth term in office.

Putin told a news conference: "These actions are harmful for everyone, both for those who initiate them and for those against whom they are directed.

"I therefore think everyone has an interest in cancelling them."

Austria has a history of neutrality and relatively warm ties with Moscow and Chancellor Sebastian Kurz said his country wanted to act as a bridge between Moscow and the West. 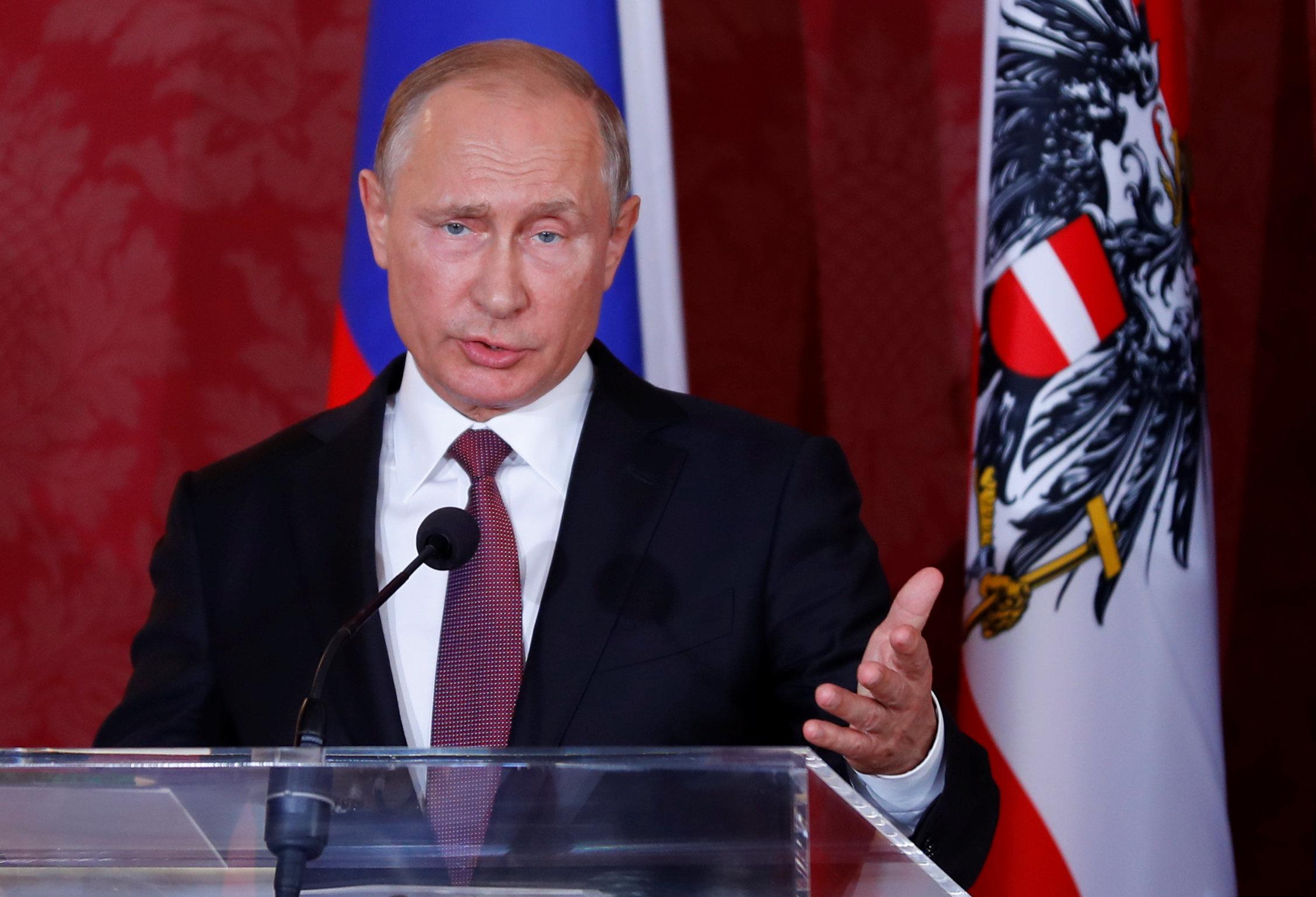 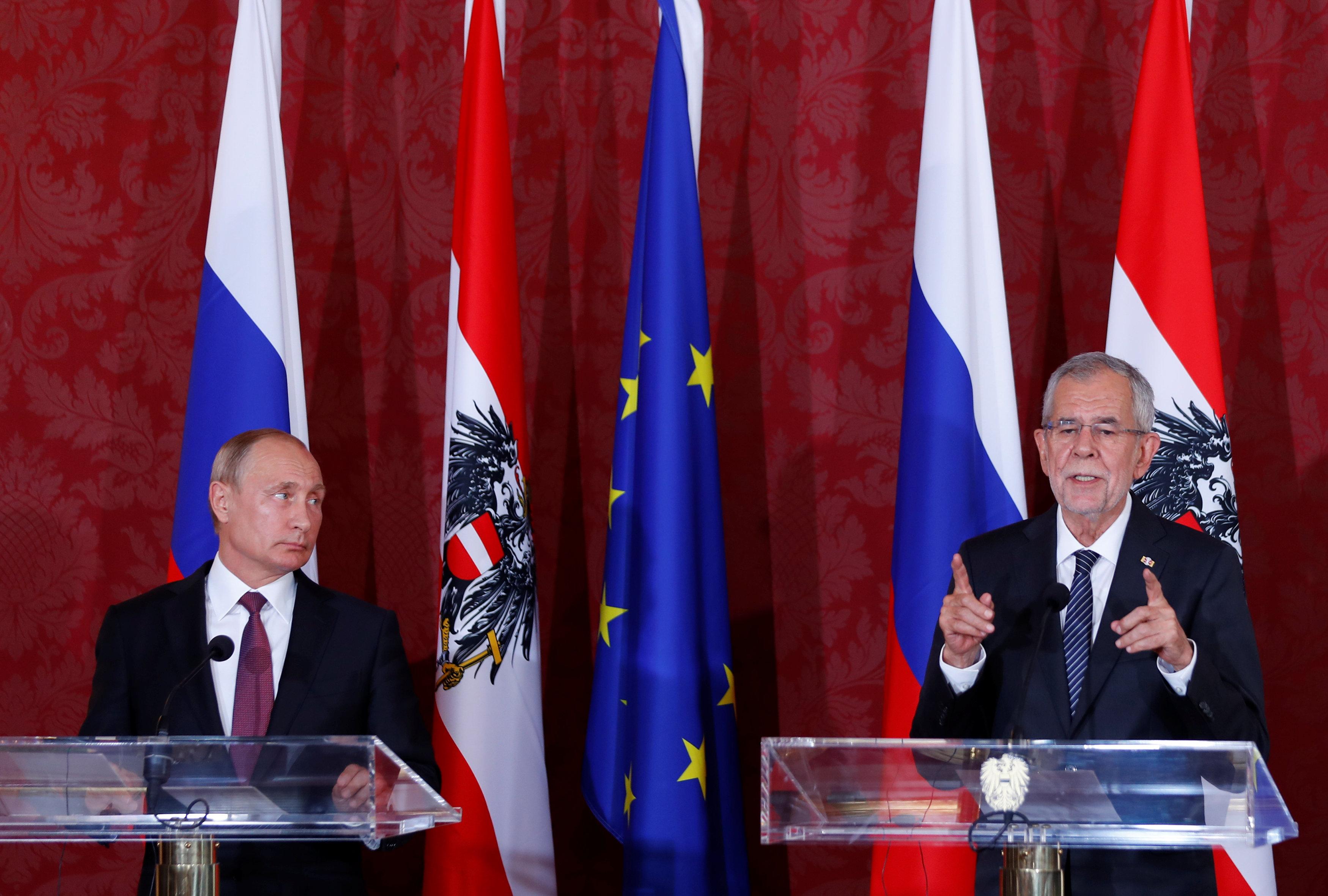 But he said that Vienna would not break ranks within the EU, which says the situation in eastern Ukraine must improve before sanctions can be lifted.

Austria was criticised by allies for being among the minority of EU member countries that did not expel any Russian diplomats over the poisoning of the former Russian double agent Sergei Skripal.

Kurz said: "We hope that through more intensive dialogue there will be progress in the relations between the EU and Russia.

"In particular we hope that there is progress eastern Ukraine to … lift the sanctions step by step." 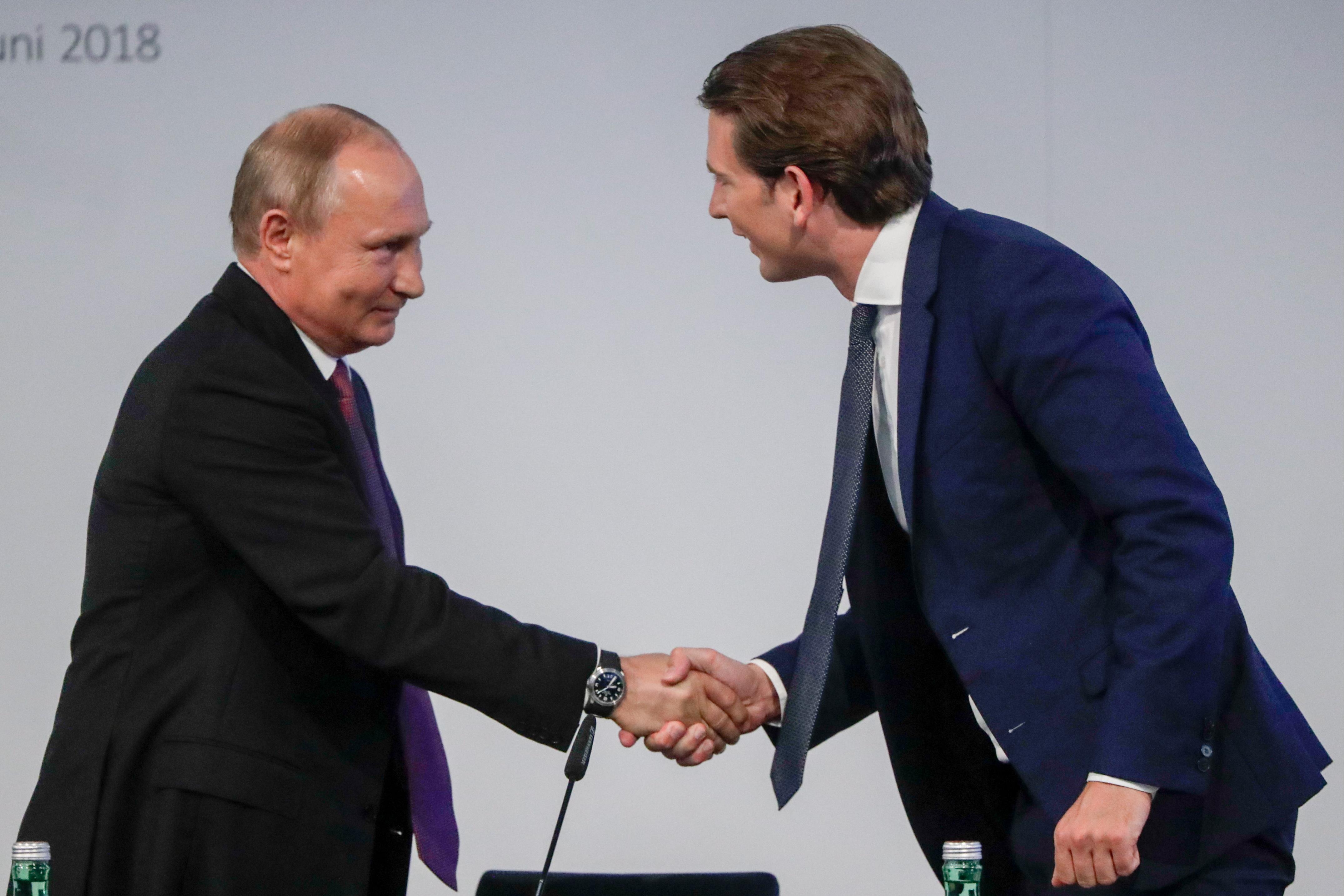 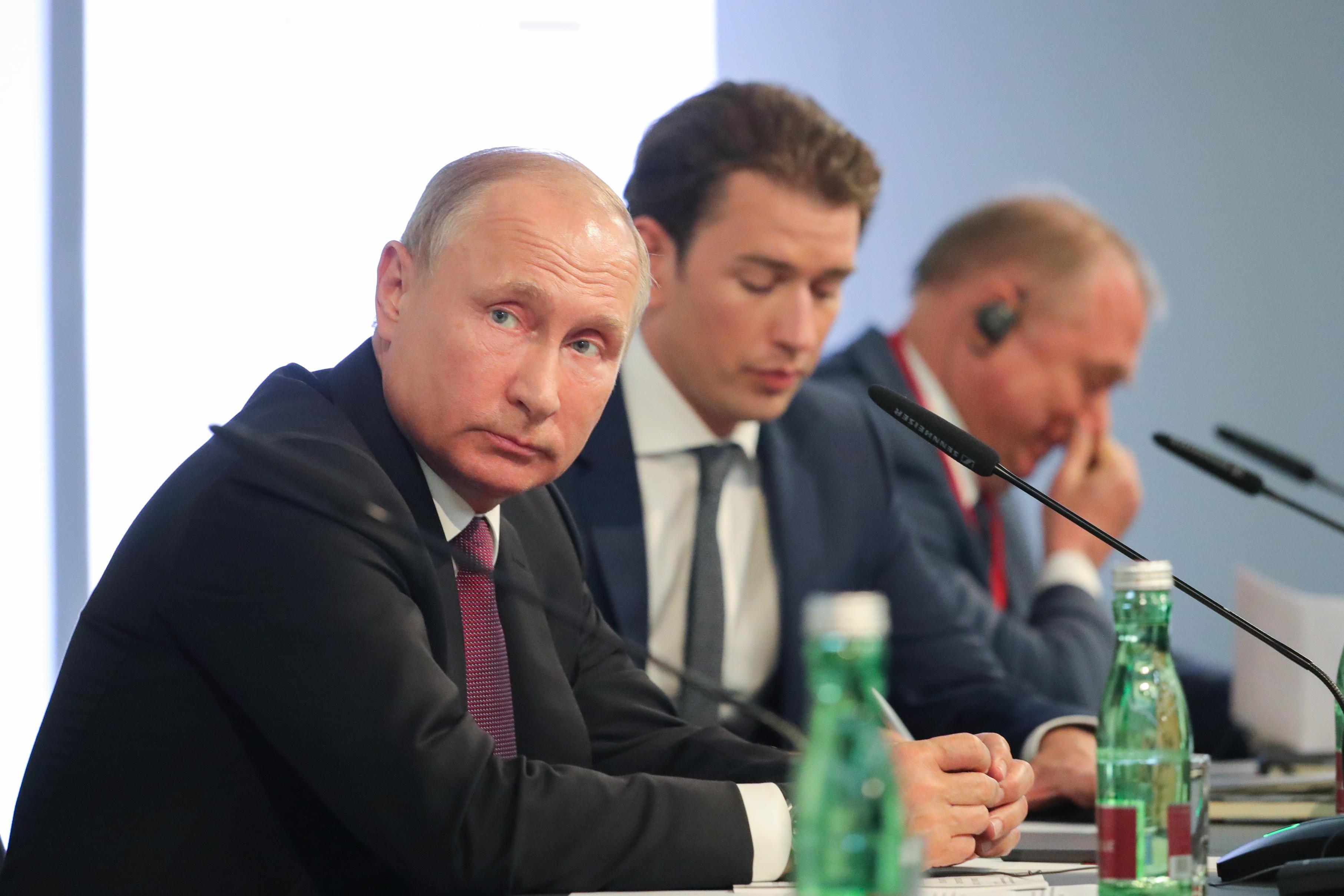 Putin also said during his visit that a decision by President Donald Trump to set up a meeting with North Korean leader Kim Jong Un was "brave and mature".

He added that he is expecting a "positive outcome" to the June 12 summit in Singapore.

The Kremlin leader said last month that his own proposed meeting with Trump was not working out for now and was beset by problems.

His Austrian trip is a rare and symbolic foray for a man often at odds with the West over issues such as Syria and Ukraine.

The leader's last bilateral trip to Western Europe was to Finland last July.

In March, Theresa May vowed there would be a fresh wave of tough new sanctions in a showdown with Russia.

It followed Russia’s expulsion of 23 UK diplomats in the row over the nerve gas attack on former spy Sergei Skripal, 66, and his daughter Yulia, 33, in Salisbury.