Not masking their nudity! Volunteers bare everything except their faces on hill overlooking central London for coronavirus-themed Spencer Tunick artwork

Volunteers have stripped naked – apart from their face masks – for a socially distanced art installation.

More than 200 people took part in the gathering, the brainchild of American artist Spencer Tunick at London’s Alexandra Palace.

The artist, who is known for his images of groups of naked people taken all over the world, said that creating the work was ‘liberating and life-affirming’. 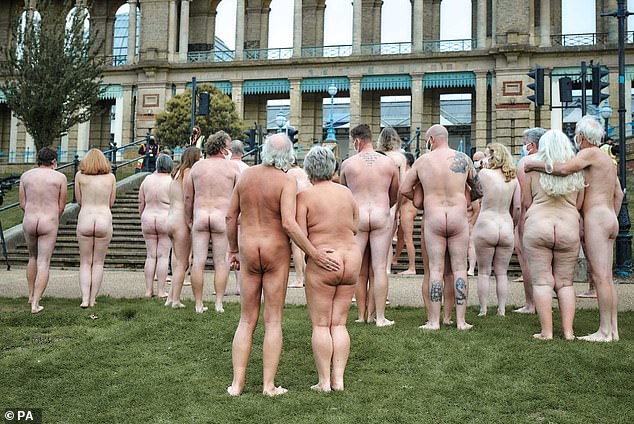 The installation, assembled in the early hours, was ‘about breaking down barriers’, he said.

‘The reality of masses of people close together – shoulder to shoulder, skin touching skin – may be something of the past for now, but still the desire is there for that natural connectivity, perhaps more so now than ever,’ the photographer added.

A total of 220 people posed nude as they stood at least one metre apart and had their temperature checked on arrival to ensure they were covid safe.

Tunick said it had been liberating and life-affirming to be invited by Sky Arts to create Everyone Together, which invites the public to participate, becoming not just a viewer but a collaborator.

The artist is best known for bringing hundreds — and sometimes thousands — of participants together to pose for striking mass nude photographs. 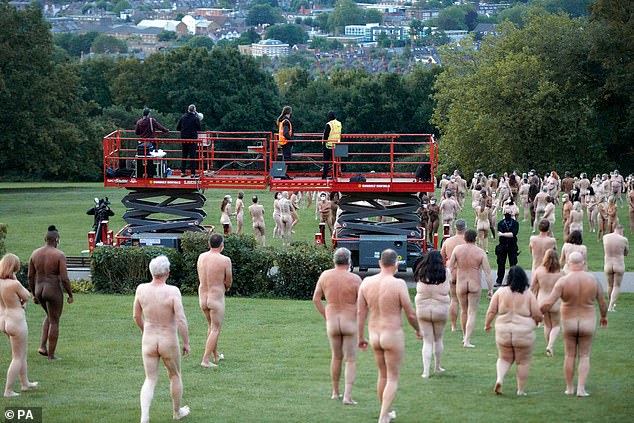 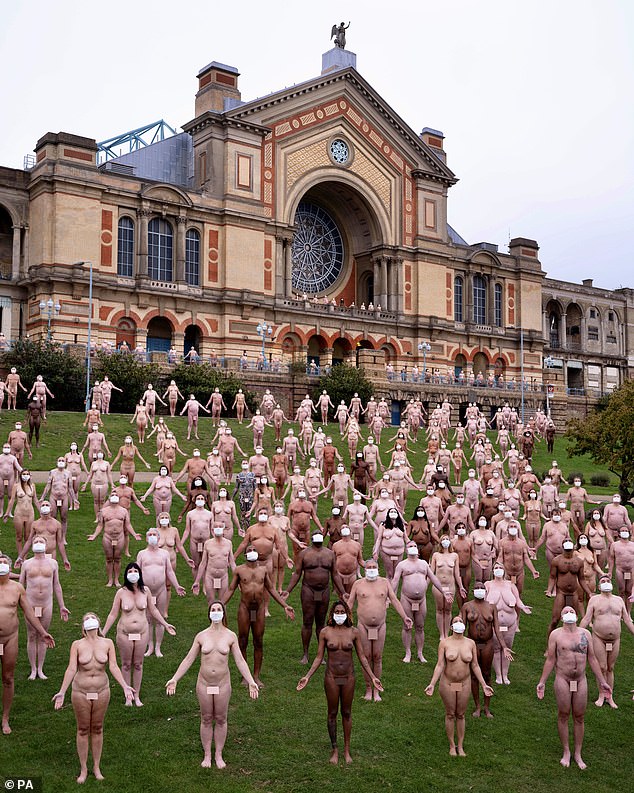 Previous installations have seen him transform sites like the Sydney Opera House into seas of exposed bodies, all in the name of art.

The latest project is the first major participatory work of art for the US artist since lockdown in March.

It saw him asking groups of face mask-wearing participants to strip down and assume coordinated poses before he captured them in single collage-style screenshots.

With Covid-19 sending him into lockdown in New York, Tunick has had to find a new medium for his work: video conferences.