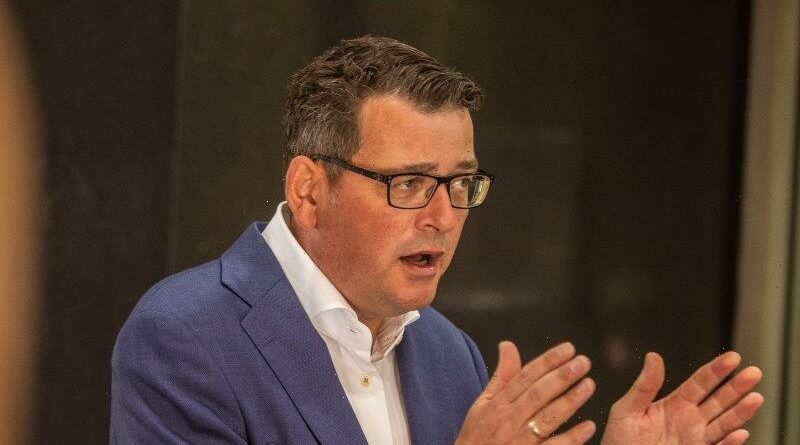 Victorians will be encouraged to spend up at businesses suffering lockdown-lite conditions and staff scarcity could be alleviated under an economic support package being prepared by the Andrews government.

Ailing businesses and industry bodies have been lobbying the government for aid throughout January as people stayed home due to widespread transmission of the Omicron variant of COVID-19 that also sparked workforce shortages. 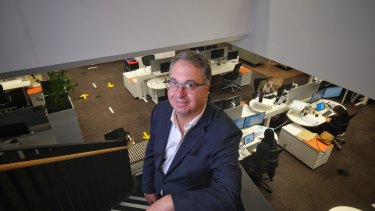 The government will announce a stimulus package as early as next week, according to several government sources speaking confidentially because the plan is yet to be finalised.

Options being considered include another round of vouchers for restaurants or accommodation; government support to train workers; and using the Jobs Victoria program to rapidly funnel new staff into hard-to-fill roles in sectors like hospitality.

Spending levels are only marginally higher than during the 2021 lockdown. Victorian Chamber of Commerce and Industry chief executive officer Paul Guerra compares the downturn to a drought, with no expectation about when the rain will arrive.

“It’s not about restrictions any more, it’s about confidence. It’s unlikely to change until people get confidence back after having the virus or being confident [case] numbers are low enough,” he said.

“This isn’t the fault of governments, it’s just reality. If something isn’t done, these businesses will go under and then we’ve got a bigger issue going forward. Businesses can’t get staff and can’t get customers which means they can’t make money.” 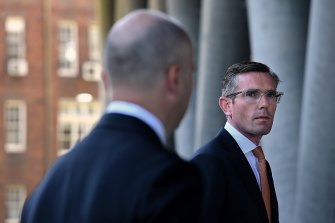 The government is unlikely to reopen grant streams from previous lockdowns. Officials believe these programs would distribute cash to companies that suffered during lockdowns but may not be struggling in the same way today. The government is considering whether more targeted grants, tailored to support the businesses doing it tough during this wave, would be appropriate.

A targeted grants round would align with a scheme to be announced soon by the NSW government, which is reportedly finalising a slimmed-down version of its JobSaver program established last year. The Victorian and NSW governments have exchanged ideas about economic stimulus, as they have on many policies in recent months.

The NSW government’s request for the Commonwealth to fund 50 per cent of the new grants was rejected this week, according to a report in the Australian Financial Review, and the Morrison government has not flagged emergency fiscal stimulus.

Business groups are urging the federal and state government to deliver grants to small and medium-sized businesses, many of which entered 2022 without sufficient cash reserves to weather another economic storm. The peak bodies say cash grants are required because a strong rise in consumer confidence might be weeks away, especially if the return to school lifts case numbers as health officials have said may happen.

Any stimulus would help ease the financial stresses of CBD business owners, just over half of whom told a City of Melbourne survey they did not feel confident they could stay open for more than three months.

Dwindling foot traffic is a key reason underpinning business owners’ anxiety. While on December 11 – prior to the spike in Omicron cases – retail and recreation activity was 8 per cent below the pre-pandemic baseline, on January 14 it was 62 per cent down.

About 42 per cent of businesses reported experiencing short-term workforce shortages, while 74 per cent of the 129 businesses surveyed reported being under “intense stress” or were “just surviving”.

Councillors will on Tuesday vote to lobby the government for a new round of stimulus, including a third instalment of the Melbourne Money scheme that offered a 30 per cent refund at hospitality venues from Monday to Thursday. 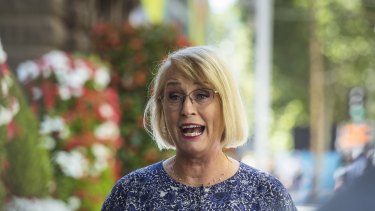 Lord mayor Sally Capp also wants another round of hotel vouchers to support stays in the CBD, the removal of work-from-home orders and free public transport for major events such as the Moomba festival in March.

“We have several high-profile events on the horizon – Melbourne Fashion Festival, the Formula One Grand Prix, The Comedy Festival – and we need to make sure our businesses are still standing,” she said.

Restaurant and Catering Association chief executive Wes Lambert said the hospitality industry was hurt by the lower level of demand over the usually busy summer period.

“With NSW on the cusp of announcing business stimulus and South Australia having done so early on, Victoria must bring back stimulus,” he said. “We’d be calling on hospitality support grants and payroll tax waivers.”

Australian Industry Group Victorian director Tim Piper said the government needed to support the same industries that suffered in past lockdowns – such as retail, hospitality and events – but also needed to look at sectors that missed out on previous grant programs.

Mr Piper said some business subgroups, like pubs and hotels, received plentiful cash injections while similarly hard-hit types of businesses, like off-airport car park businesses, missed out because they did not fit eligibility criteria.

“I’m pleased the government is considering support packages, but there’s a chance here to reconsider how they do grants and to ensure those who failed to get much last time and are really on their knees get more this time. They need to ensure equity,” he said.

Opposition small business and recovery spokesman David Southwick said Victoria’s “shadow lockdown” had left businesses struggling to survive. “Family businesses and the local jobs they provide must not be left to fall at the final hurdle and need support now,” he said.

A Victorian government spokesman said the government had allocated $13 billion to business support during the pandemic and emphasised a recent announcement to extend the commercial tenancy relief scheme that protects tenants against being pursued by landlords.

“We’re regularly liaising with business and industry groups to better understand the challenges they face,” he said.