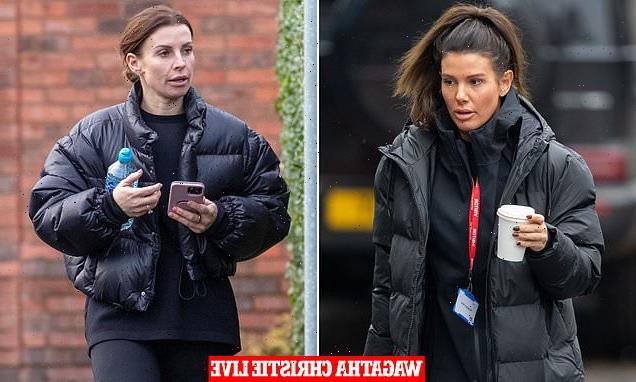 ‘Wagatha Christie’ was the nickname given to Coleen after she accused Rebekah of sharing ‘false’ stories to the media.

Coleen’s apparent sleuthing skills quickly led to her being nicknamed ‘Wagatha Christie’ – a play on the term WAG for footballers’ ‘wives and girlfriends’ and a nod to crime writer Agatha Christie.

Coleen, the wife of former England star Wayne Rooney, was dubbed ‘Wagatha Christie’ when she publicly claimed Rebekah shared three fake stories she had posted on her personal Instagram account with The Sun newspaper.

The fake stories included Coleen travelling to Mexico for a ‘gender selection’ procedure, her planning to return to TV, and the basement flooding at her home.

Coleen wrote: ‘I have saved and screenshotted all the original stories which clearly show just one person has viewed them. It’s ………. Rebekah Vardy’s account.’

Rebekah, who is married to Leicester City striker Jamie Vardy, denies the accusations and is suing Coleen for libel.

The much-anticipated court clash between the two WAGs is set to begin today – more than two years after Coleen accused Rebekah of leaking ‘false stories’ about her private life to the Press.

Follow MailOnline’s blog for all updates on the blockbuster legal battle.