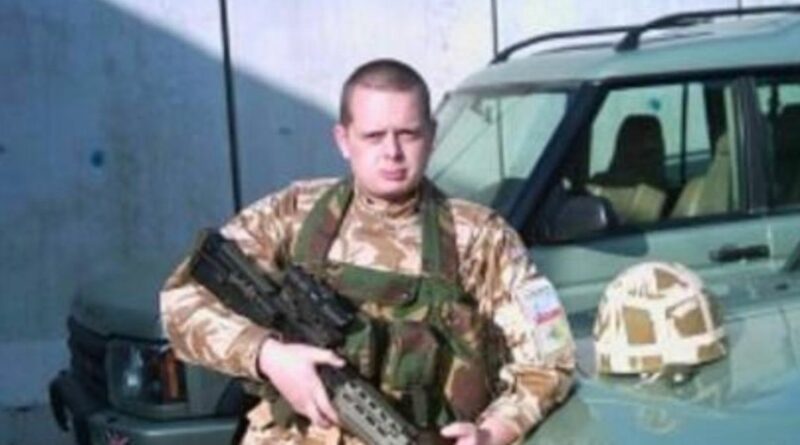 An army veteran reveals the horror of hearing a missile lock onto his helicopter in Iraq.

Speaking on the 10th anniversary of UK forces leaving Iraq, former Private Mike Kiff has told how the Royal British Legion helped save his life after returning home.

Mike survived war zones but came close to suicide when adjusting to civilian family life after a long-standing injury forced him to medical discharge in 2016.

Mike told LADbible how his most frightening moment during his involvement in Operation Telic – Britain's military operation in Iraq – was bracing for a missile while helplessly sitting in a helicopter.

Mike said: "On one of my last flights in the country, something locked onto the helicopter that we were in and the pilot started taking evasive action and I'd never experienced it yet.

"The chaff was going off [missile countermeasure] and I'd never experienced that before. You're in a helicopter which was nice and smooth and then all of a sudden you're seeing sky, then ground, then sky.

"That was probably for me the most real moment that I was in a war zone."

Mike added: "I knew I didn't have long left out there and I was like 'oh God, not now'.

"It's tough. For me, I just remember the adrenaline, I physically felt my heartbeat speed up. I could feel my heartbeat through my body armour, but you're just in a reactive mode.

"Everything you train for is telling you that you act in a certain way. An incident happens and you react professionally, you are brave, you are strong.

"If I'd been in a vehicle and there'd been an incident, we'd covered quite a lot of the reaction and what we're going to do, whereas in my mind I knew that in a helicopter, this is completely out of my control."

He went on: "If something hits this, we're going down, and at that point, you think 'this could be it'. Thankfully it wasn't."

LADBible reports Mike's experience back in the UK is similar to that of many other retired armed forces personnel who struggle with mental health problems.

The Royal British Legion was there for Mike when he desperately needed support.

He said: "Because I loved the army and I didn't want to leave, I fell into quite a deep depression, [I was] suicidal, all the stuff that we never used to talk about.

"The Legion stepped in and sent me to a recovery centre, where I received counselling and advice on how to return to civvy street, and it basically changed my life really.

"They helped me sort out my finances, my pension, and changed my life because I was on the brink of taking my own life.

"My marriage was in a terrible place because I wasn't speaking to my wife, I wasn't engaging with my children, and the Legion stepped in and gave me that support it gave me a new lease of life and made me realise that actually, I would be OK outside the military."