War veteran who was among youngest to serve in Iraq turns life around after PTSD plunged him into hell of family tragedy, addiction and suicide bids when he ‘couldn’t go near a school because of the screaming’

An Iraq war veteran whose post-traumatic stress disorder led to him developing a crippling drink and drug addiction has revealed how a failed suicide bid helped him to turn his life around.

Jordan Pearce, 31, from Lewisham, London, was a Lance Bombardier in the army for seven years and first served his country in Iraq when he was just 18 years old – making him one of the UK’s youngest veterans.

But his life was shattered when he began suffering from PTSD and mental health issues. He had to leave the army and soon found himself struggling with addictions and attempted to take his own life twice. 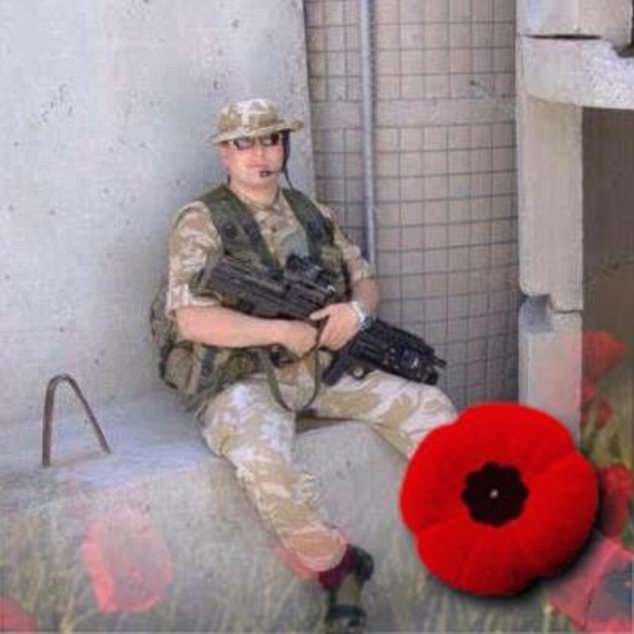 Jordan Pearce, 31, from Lewisham, London, was a lance bombardier in the army for seven years and first served his country in Iraq when he was just 18 years old – making him one of the youngest veterans

‘There is not enough support for soldiers that are leaving,’ he told MailOnline. ‘They tend to turn to drink and drugs which takes away that loneliness.’

Mr Pearce joined the army in November 2004 and in February 2005, just after his 18th birthday, he and his regiment the Royal Horse Artillery were sent to Iraq.

He said: ‘At the time I was young and naive and taking orders, I just did what I had to do. There was a network of brothers – it was a surreal feeling to be in one of the most dangerous places in the world but feel quite safe.’

Then in 2010 he was sent to Iraq for his second tour – but tragedy soon struck.

His partner went into labour and he was approved leave to fly back to Britain for the birth.

Sadly, their daughter was stillborn. Just four days later, he was flown back to Iraq.

‘I found myself in a warzone. I had no time to process what happened,’ he told MailOnline. ‘Looking back now I think I was suffering [with PTSD] and it got worse in 2011, just as I was leaving the army.

‘It became a lot more apparent in 2014 and 2015, I was having a lot of nightmares, noises were setting me off – I always felt uncomfortable, I saw everyone as a threat. 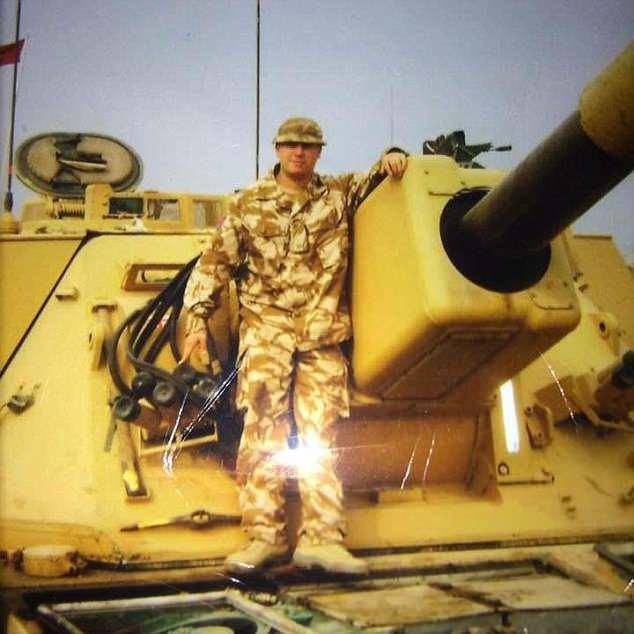 Mr Pearce joined the army in November 2004 and in February 2005, just after his 18th birthday, he and his regiment, D Battery, Royal Horse Artillery, were sent to Iraq

‘I was self-medicating through drink. I was having nightmares. I couldn’t go near a school because of the screaming.’

But 2011 was a particularly bad year. He said: ‘I left the army and my relationship ended because by the time I came back from Iraq my partner was in a completely different place from me. She’d been having counselling after the stillbirth, but I just didn’t want to talk about it.

‘I suppressed all those feelings. And I kind of knew the PTSD was there, but there was so much other stuff going on I put it to the back of my mind.’

It was then he started self medicating with drink and drugs.

Mr Pearce said:  ‘I was self-medicating while still in the force. And then I attempted to take my life. I was driving a car and I threw myself off the road and ended up in quite a severe car crash.’ 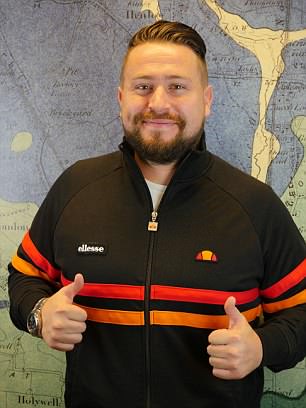 Mr Pearce, pictured today, had to leave the army and soon found himself struggling with drink and drug addictions and attempted to take his own life twice

While he survived, he says the army did not understand the crash was a suicide bid – and claims they just punished him for drink driving instead.

He said: ‘My commanding officer at the time decided to discharge me – but first I was ordered to serve four months in a military prison in Colchester, because I’d been drinking at the time of the crash.’

MailOnline has contacted the Ministry of Defence for comment.

And so in 2011, finding himself with no job, no partner and no home Mr Pearce moved to Canada, where his mother lived, for nine months. He then returned to the UK and moved to Cornwall, where his sister lived, for a fresh start.

He got a job in telesales, but it was then his addictions spiralled out of control and he slipped into ‘heavy addiction’.

He said: ‘I was very reliant on cocaine to keep me up and alcohol to bring me down. That went on for about a four year period.’

Mr Pearce eventually found himself back in his hometown of Grimsby, sleeping on a friend’s couch. By this point he was heavily addicted to both drink and drugs, and was eventually asked to leave.

He then decided to try and kill himself for a second time.

He said: ‘On May 31 last year I threw myself off the cliff in to the sea at Cleethorpes.’

But he survived and a passing dog walker pulled him out. He then got into a car, still heavily under the influence, and began driving erratically before causing a traffic accident.

He fled the scene but was later arrested and this, he says, was the turning point. 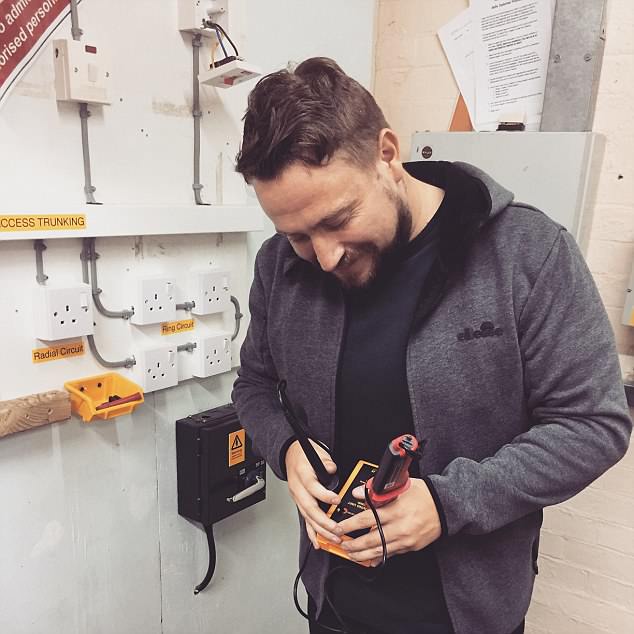 He was given the number of military charity Veterans Aid, which helps ex-servicemen and women in crisis. With their help he was put in a homeless shelter in London and went on a six-month rehabilitation course.

Once clean, he heard about Beam, a crowdfunding platform that helps homeless people to train up and get into work.

Now, he is training to become an electrician after 428 generous people donated to his cause, and helped raise £3,826 in less than a month.

The funding covered Mr Pearce’s entire training programme, including the cost of the course, safety boots and travel expenses.

He hopes to qualify in August, before doing a year of work experience with a company before getting a further diploma. He then plans to set up his own business and become a self-employed electrician.

‘I know becoming an electrician is my next step back to a normal life’ he said. ‘My plan in 5 years is to be at the level 3 of electrical installations and looking at setting up my own business! This is going to be a life changing experience for me.’

Beam is the world’s first crowdfunding platform that helps homeless people to train up and get into work. Now it is safe and easy for anyone to help homeless people by donating to their employment training. You can visit there site and donate here. 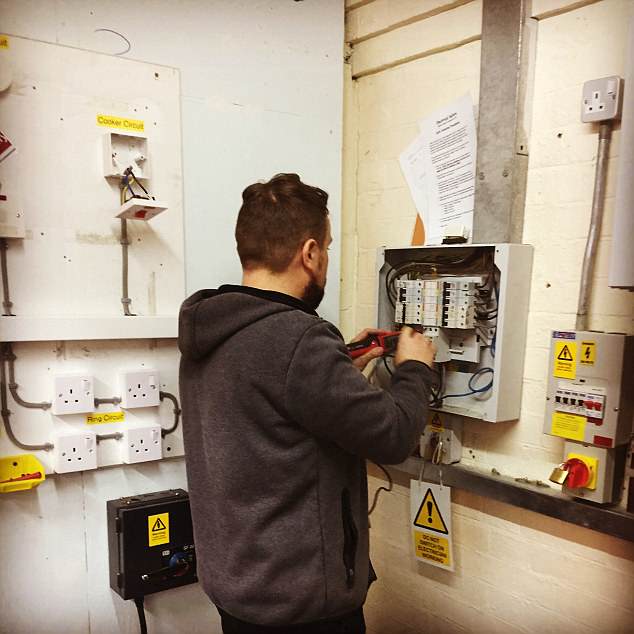 Mr Pearce hopes to qualify in August, before doing a year of work experience with a company before getting a further diploma. He then plans to set up his own business and become a self-employed electrician