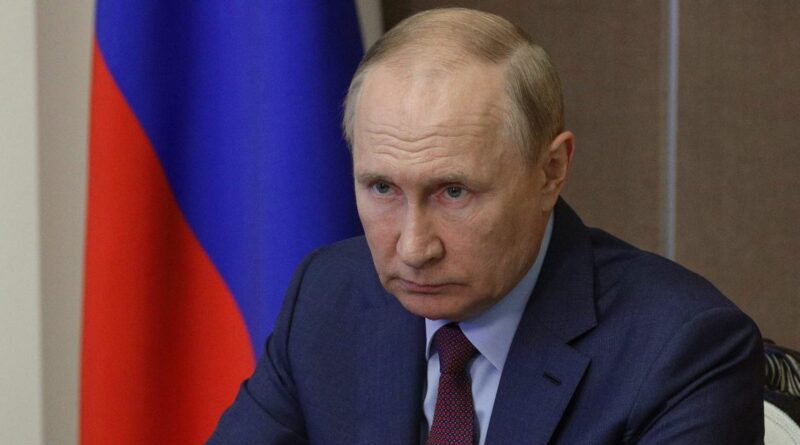 Warmongering Vladimir Putin has sanctioned a plan to give his Russian army a massive boost in soldier numbers.

Russia's invasion of Ukraine has now gone on for six devastating months, killing thousands and displacing millions more from their war-torn homes.

According to propagandist site RIA Novosti, the Kremlin has now given Russia's military the green light to recruit and deploy 137,000 more troops into action as Ukrainian forces refuse to back down.

To approve the decision Putin had to sign a decree agreeing to strengthen the Russian Armed Forces with more staff.

The new decree states: "To establish the staff strength of the Armed Forces of the Russian Federation in the amount of 2,039,758 units, including 1,150,628 military personnel."

The evil dictator had been spotted making a “midnight dash” to the Kremlin in his Aurus limousine – alongside several official Russian vehicles with lights flashing – speeding down a Moscow street.

Footage was snapped by several people and leaked online, but no confirmation of what was going on was given.

The last time he was spotted in a similar state was on the eve of launching his “special military operation” in Ukraine in February.

The Telegram channel which first aired the footage – Operation Z: Military Commissars of the Russian Spring, with 900,000 followers – subsequently deleted it, possibly under official pressure.

Elsewhere a speedo-clad Russian tourist who accidentally revealed the location of Vladimir Putin's weaponry has been praised by the Ukrainian Defence Ministry.

The pot-bellied tourist revealed the location of an anti-air weapon on the beaches of Crimea with a snap of the bloke enjoying his holiday near an active artillery position.

The bloke can be seen waving to camera with the anti-aircraft unit positioned behind him, with the big military vehicle not just a temporary landmark for this man's holiday, but a Russian S-400 anti-air system.