Health chiefs have issued a safety warning after discovering that 100 hospital patients died when medics failed to spot they had sepsis or other life-threatening problems.

Around two in three trusts are thought to use an outdated system. 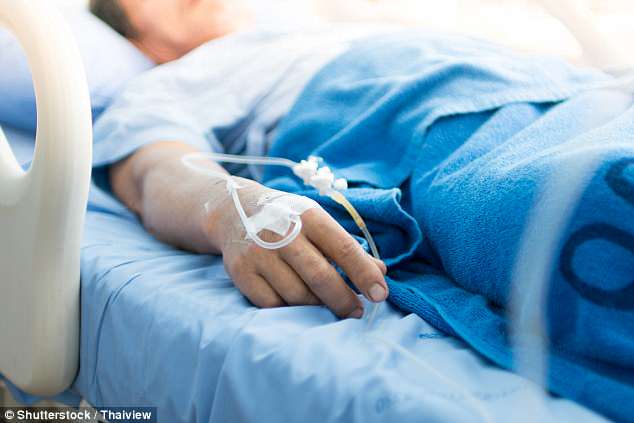 More than 37,000 people die every year of sepsis, making it the leading cause of avoidable death in the UK

Sepsis is known as the ‘silent killer’ and develops when an infection causes a severe immune response, with the body attacking its own organs.

If caught early, it can usually be controlled with antibiotics but every 30-minute delay in treatment increases the risk of death by 7 per cent.

Sepsis is the leading cause of avoidable death in the UK, killing more than 37,000 people a year.

The Daily Mail has fought to raise awareness and prevent needless deaths with the End the Sepsis Scandal campaign.

NHS Improvement did not reveal what proportion of the recent potentially preventable deaths involved sepsis but said more than 50 per cent of emergency admissions had a risk of infection that could lead to it.

Its National Reporting and Learning System, created so hospitals could share safety incidents, received 100 reports last year of patients who died after their deterioration was not recognised or acted upon.

Although their deaths may not have been preventable even with treatment, the care they received meant that they ‘were not given the best possible chance of survival’.

Hospitals are meant to use a scoring system developed by the Royal College of Physicians, known as the National Early Warning Score (NEWS2), so staff can spot when patients are suddenly deteriorating.

It gives patients a score based on a series of checks including blood pressure, temperature, heart rate and oxygen levels. If a patient’s score changes it indicates either clinical deterioration or improvement.

The system was introduced in 2012 and updated in December 2017 to include new details to help better identify sepsis. But it is understood that two thirds of hospital trusts have not moved to the updated system. 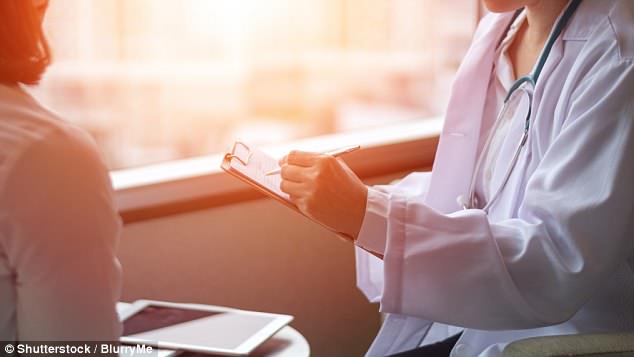 Hospitals are meant to use a scoring system developed by the Royal College of Physicians, known as the National Early Warning Score so staff can spot when patients are suddenly deteriorating

Last week it was revealed that senior doctors at Russells Hall Hospital, part of the Dudley Group NHS Foundation Trust in the West Midlands, had removed a key test from their warning score system because it was ‘identifying too many ill patients’.

A doctor at the hospital was suspended after mother-of-six Natalie Billingham, 33, died of sepsis 72 hours after going to A&E with a pain in her foot and flu-like symptoms last month. Her husband Stuart, 37, demanded to know why the sepsis was not spotted earlier and the trust is investigating.

NHS England’s medical director for clinical effectiveness Celia Ingham Clark said last night: ‘It is imperative that all trusts use this scoring system, which will help reduce variation across the NHS in how fast deteriorating patients are spotted and treated.’

Professor Bryan Williams, of the Royal College of Physicians, said: ‘This patient safety alert is a welcome development aimed at saving lives by focusing attention on the need to use NEWS2 to better identify patients at risk of sepsis and other life-threatening conditions.’

Hospitals are struggling to ensure they have a senior children’s doctor available during their busiest hours, a report suggests.

The Royal College of Paediatrics and Child Health (RCPCH) made a plea to ministers to expand the paediatric consultant workforce to ensure there is one present between 8am and 10pm. Currently, this is only the case in 38.8 per cent of units during the week and 28.6 per cent at the weekend, its survey found.

The RCPCH has estimated that across the UK the consultant paediatric workforce is short of 752 full-time equivalent posts.

Children’s units are understaffed and under pressure, the body said. Dr Carol Ewing, the RCPCH’s vice president for health policy, said: ‘It is down to the sheer dedication of our doctors that children are being treated as safely as they possibly can on paediatric wards in the UK but the risk of ‘burn out’ is all too real.’

She added that ‘growth in the paediatric workforce is crucial’ to ensure children were seen by a consultant within 14 hours of admission and full coverage at peak times. The RCPCH has called on the Government to centrally fund the number of paediatric trainee medical places to expand the workforce.

A Department of Health and Social Care spokesman said ‘there are currently a record number of consultants working in our NHS’ and that it was training 1,500 extra doctors a year from 2018.

The chief executive of the UK Sepsis Trust, Dr Ron Daniels, added: ‘Any system which identifies deterioration, including sepsis, early on is an important step towards preventing unnecessary death.

‘Spotting symptoms and treating deteriorating patients as rapidly as possible is the best way to provide effective care for conditions like sepsis, and it’s crucial that all trusts adopt the scoring system in order to improve patient safety consistently across the country.’

Care minister Caroline Dinenage said: ‘Sepsis can be a killer and we know from some of the tragic cases of sepsis brought into the spotlight that the signs and symptoms can be easily mistaken for other conditions.

‘This system will help staff better spot the crucial early warning signs and treat patients as soon as possible.’

The parliamentary and health service ombudsman Rob Behrens said: ‘We welcome NHS Improvement’s announcement. Too many people are still dying of infections, particularly sepsis, due to a failure to treat them quickly enough.’