Anglican bishops are cautioning church leaders they face serious conflict of interest questions if they support a new breakaway movement, as a former judge says legal warning bells are ringing already over the rebels’ use of the word Anglican.

Donald Kirk, the bishop of the NSW Diocese of the Riverina, said the actions of those who supported the breakaway church from the established one “need to be called into question. I really do believe there’s a significant conflict of interest here”, he told The Sydney Morning Herald. 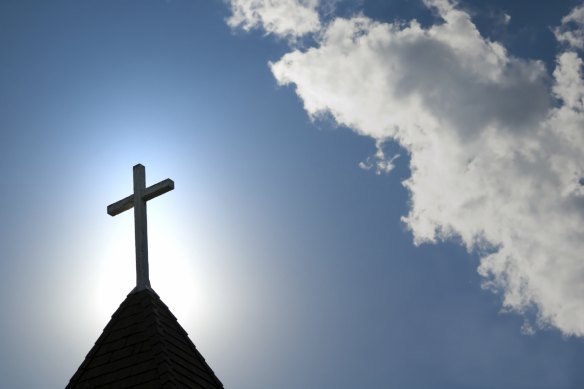 Conservative organisation GAFCON Australia set up the breakaway church, which launched last week, because it felt that sympathy among some bishops for blessing same-sex civil unions showed the modern church had strayed too far from the teachings of the Bible.

The church, the Diocese of the Southern Cross (DSC), is welcoming people from across Australia who no longer agree with their bishop. GAFCON Australia has representatives from most dioceses in the Anglican Church of Australia.

The conflict of interest question has also been raised in the Newcastle Diocese, amid concerns that any senior church figures from the region who actively supported the breakaway group would compromise their obligation to make decisions in the best interests of the diocese.

Women: Conservative Anglicans believe the bible gives men the role of  ‘elders’, so they are the only ones who can be ordained as a presbyter, or minister. Progressive dioceses allow women’s ordination as ministers.

Same-sex relationships: Some dioceses, such as Perth and Brisbane, are sympathetic to same-sex unions. Conservatives, such as Sydney, say the bible teaches that marriage should only be between a man and a woman.

Divorce: Conservative Anglicans believe ministers should be married. Other dioceses allow divorcees to be ordained.

Legal advice to the Newcastle bishop found there were “reasonable grounds to examine [whether] a conflict of interest exist[ed],” the diocese’s registrar said in a letter to the region’s senior clergy, which asked them to declare any involvement in the new diocese.

“The question arose as to whether a person involved in establishing DSC might have an interest, for example, which might conflict with their legal obligation to act honestly and fairly in the best interests of the Anglican Diocese of Newcastle,” Bishop Peter Stuart told the Herald.

The Bishop of Ballarat, Garry Weatherill, has also said there were questions over being paid by a diocese of the Australian Anglican Church, while also advocating that people should leave it to join the new church.

Former Sydney Archbishop Glenn Davies, who left to become the first bishop of the Diocese of the Southern Cross, said he did not believe sympathy and support from lay Anglicans and clergy for the new diocese was a conflict of interest.

“In fact, I expect such fellowship,” he said. “After all, the Archbishop of Canterbury invited the Primate of the [breakaway] Anglican Church of North America to the Lambeth Conference and firmly embraces what he calls ‘two integrities’.”

A spokesman for the Sydney Diocese said it did not contribute financially to GAFCON or the breakaway church.

The chair of GAFCON Australia, Richard Condie, said he did not believe there was any conflict of interest. “The new church has been established to help people who have already left the Anglican Church of Australia,” he said.

“GAFCON Australia has not encouraged anyone to leave, but simply encouraged the establishment of a suitable home for those who have left.”

There is also debate over whether the word “Anglican” can be used in an official way by the new church.

Keith Mason, a former president of the NSW Court of Appeal who used to sit on a national church court, the Appellate Tribunal of the Anglican Church of Australia, said there were “warning bells of a legal nature” because the new church is setting itself up as one of “Anglican identity” without being in communion with the established church.

“There would be redress if the name ‘Anglican’ were expressly or impliedly adopted by that church,” he said.

If members of the new church also exercised authority within the Anglican Church of Australia, “conflicts of interest will need close scrutiny,” he said.