Britons are being told to be extra cautious celebrating Bonfire Night tonight as gale force winds could blow fireworks in unpredictable directions.

The UK’s west coast is set to be drenched this evening by ‘heavy and persistent rain’ and battered by 60mph gusts, according to the Met Office.

Although temperatures will drop to single figures in most places tonight, chilly winds could make it feel much colder, so Brits are also being advised to wrap up before enjoying Guy Fawkes Night. 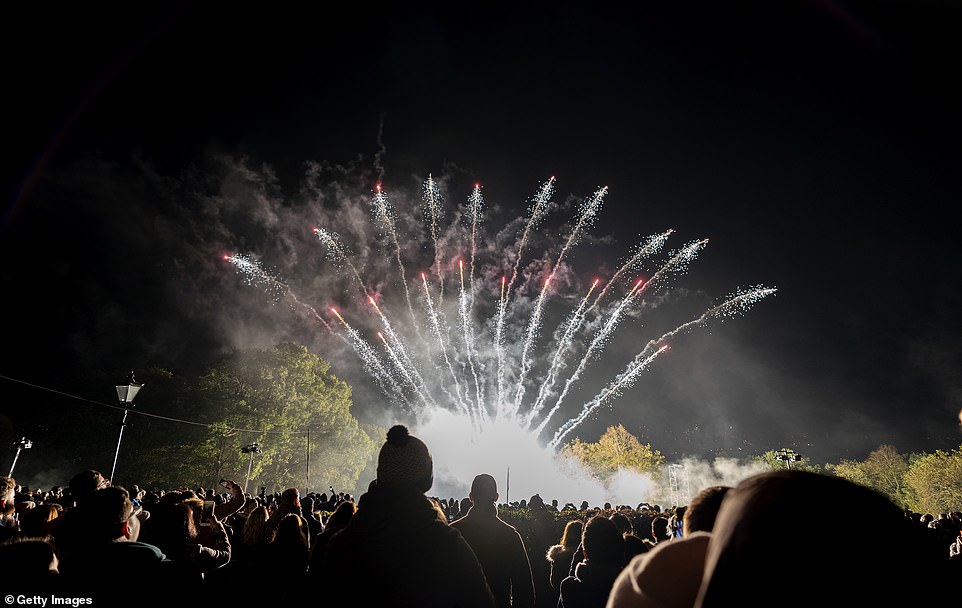 Britons are being told to be extra cautious celebrating Bonfire Night tonight as gale force winds could blow fireworks in unpredictable directions. Pictured: Crowds gather to watch fireworks during the 2018 display last night 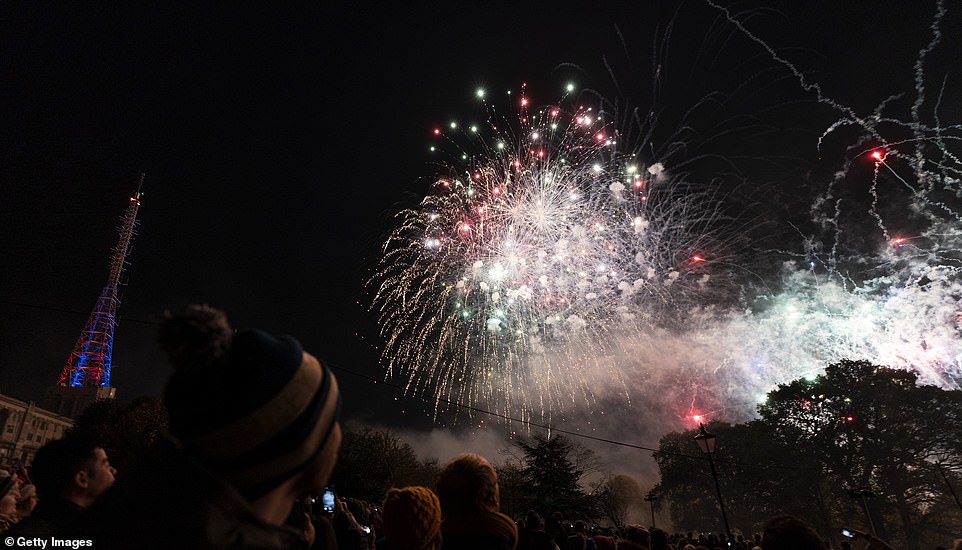 The UK’s west coast is set to be drenched this evening as people go out in droves to celebrate Guy Fawkes’ Night by ‘heavy and persistent rain’ and battered by 60mph gusts, according to the Met Office. Pictured: A colourful array of fireworks go off at Alexandra Palace

The forecaster still has a ‘severe weather warning’ for parts of the UK with up to 3 inches of rain and strong winds expected to hit coastal regions in the west and north west.

That warning will continue into this evening, finishing at midnight tonight.

Met Office forecaster Matthew Box said: ‘If you’re out for Bonfire Night tonight in the west, north west of England, west coast of Scotland then it could be a bit damp and people should be aware of tricky driving conditions. 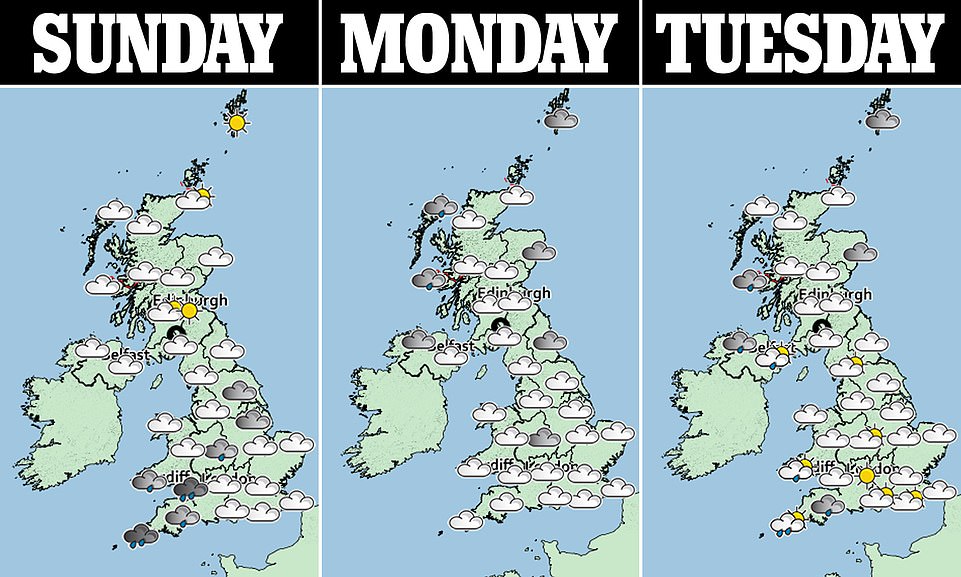 ‘Anyone considering doing fireworks tonight, particularly at home in their gardens, should be cautious of the winds. Be careful.

North west of Scotland will be the worst hit region this evening, with areas including Fife, Highlands and the Lothian Borders taking the brunt of the rain and winds.

Rain in the west will transfer eastwards overnight and scattered showers will follow into the northwest.

But fortunately for some, East Anglia and southeast England will stay dry, The Met Office said.

On Sunday, the south west will face ‘heavy and persistent rain’. It will be drier and brighter for Scotland, Northern Ireland and southeast England to begin with.

Rain will continue to soak the west between Monday and Wednesday. The rest of the country will face heavy cloud and a slight drop in temperature.

Strong winds and showers, and even longer spells of rain will move eastwards through Tuesday and Wednesday.