Home » World News » Was pregnant woman, 20, the first victim of the Backpacker Murderer? 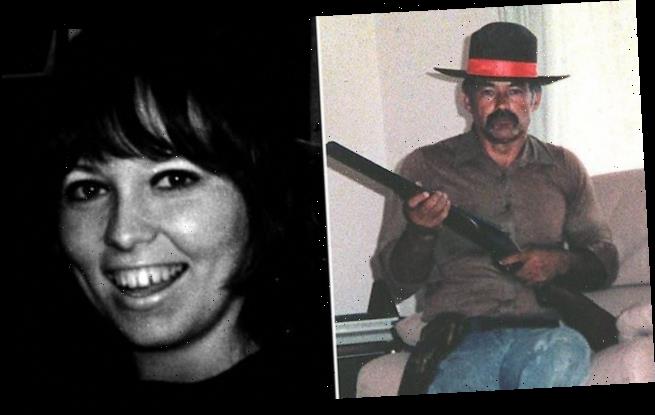 Was 20-year-old pregnant woman the first victim of Australia’s most notorious serial killer? Retired British detective says he has evidence that his wife’s cousin was killed by Backpacker Murderer Ivan Milat in 1971

A retired British police officer claims he has found evidence his wife’s pregnant cousin was the first victim of Australia’s most notorious serial killer.

Hugh Hughes, a retired detective sergeant from Borth, Wales, said there are ‘many strong indications’ Keren Rowland was murdered by Ivan Milat.

Milat was convicted of murdering seven young backpackers and hiding their bodies in the Belanglo State Forest, south of Sydney, between 1989 and 1992.

The so-called Backpacker Murderer was 74 when he died in October 2019 at Sydney’s Long Bay jail hospital from oesophageal and stomach cancer.

The family of Ms Rowland, who disappeared aged 20 in February 1971 and whose body was found in a pine forest in Canberra three months later, have pushed police investigating the unsolved case for 50 years.

However, they say no answers have been forthcoming. The Australian Capital Territory Police are still appealing for information over the killing.

Now former police officer Mr Hughes, who is married to Ms Rowland’s Australian cousin Andrea, has revealed that he and Ms Rowland’s brother have found ‘a number of similarities between Milat’s known victims and Keren’. 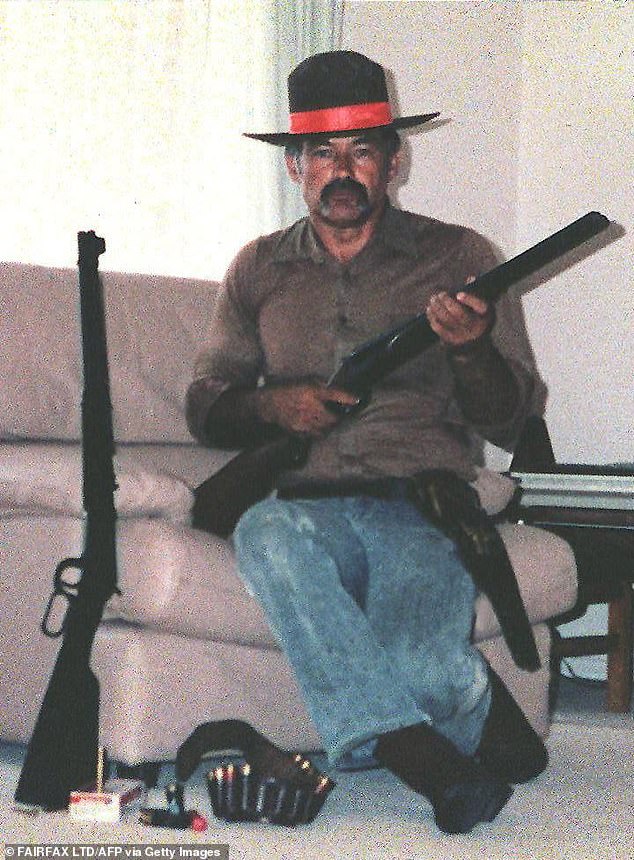 Ivan Milat was convicted of murdering seven young backpackers and hiding their bodies in the Belanglo State Forest, south of Sydney, between 1989 and 1992 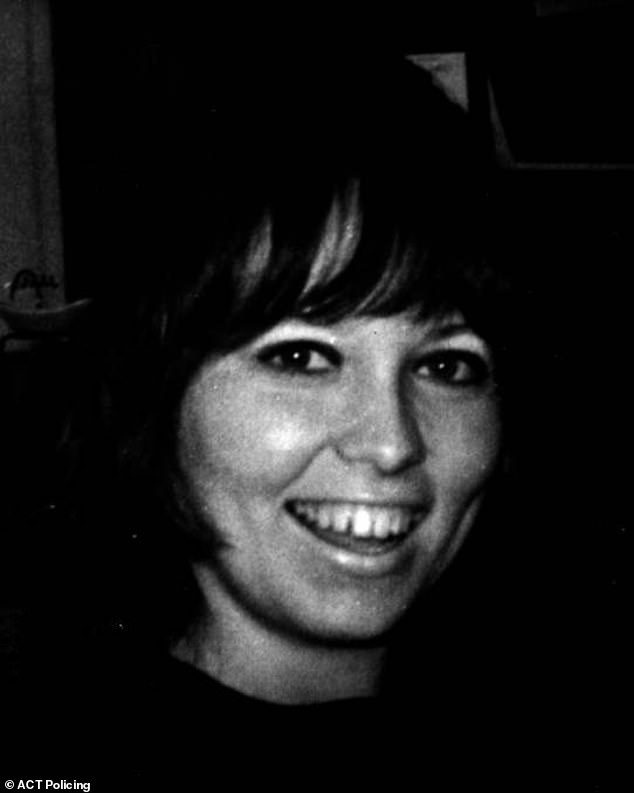 The family of Keren Rowland, who disappeared aged 20 in February 1971 and whose body was found in a pine forest in Canberra three months later, have pushed police investigating the unsolved case for 50 years. However, they say no answers have been forthcoming

Mr Hughes said: ‘Milat was in the area at the time – drove a car similar to descriptions by young women accosted a few days before Keren, and Keren’s body was deposited in a similar way to the backpacker victims.

‘If it was him, he was early in his predatory career. Police have stated they cannot rule Milat in nor out, as a suspect.’

Ms Rowland, from Canberra, was five months pregnant when she vanished.

Mr Hughes has also been in contact with Clive Small, who at the time was the NSW Police Superintendent in charge of investigations into Milat.

After contacting forensic anthropologist, Dr Xanthe Mallet and forensic psychologist, Tim Watson-Munro, the trio collaborated on research that led to a four-hour documentary series, Buried Secrets, being released in Australia this weekend. 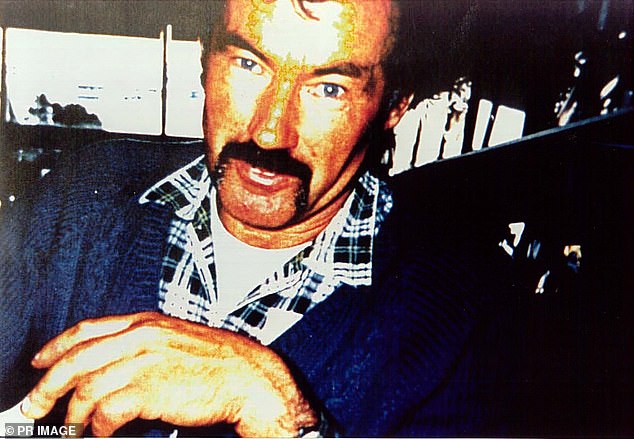 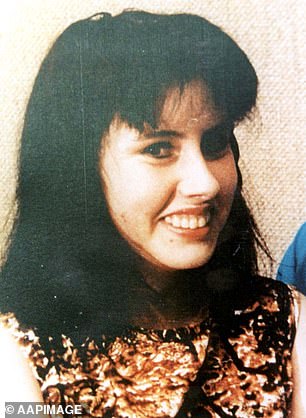 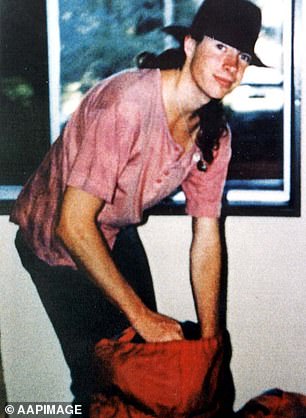 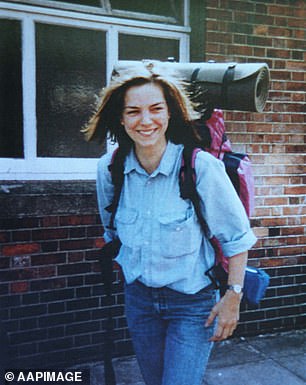 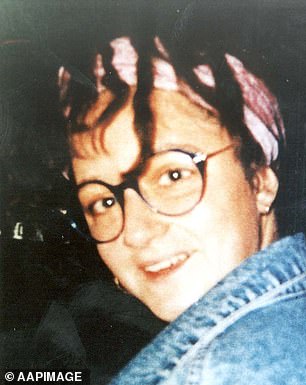 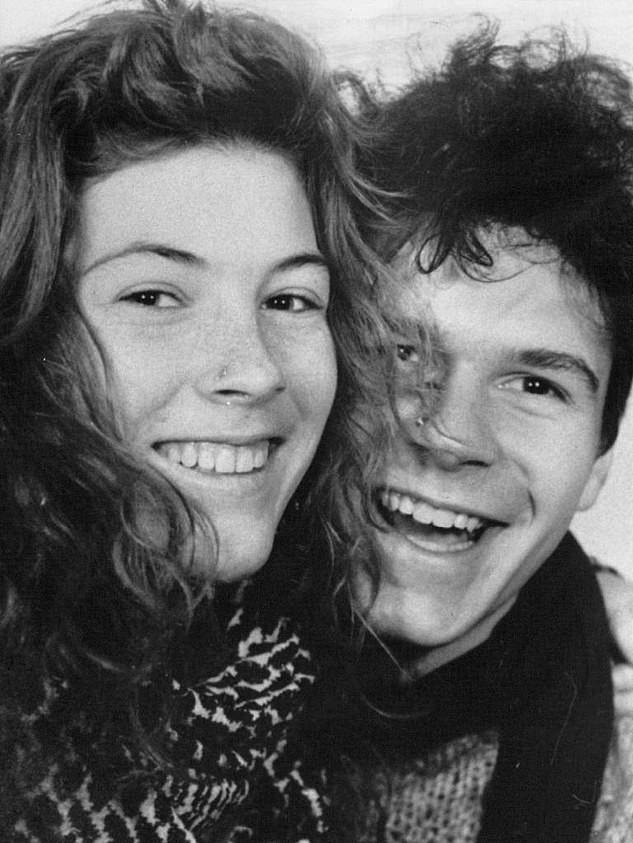 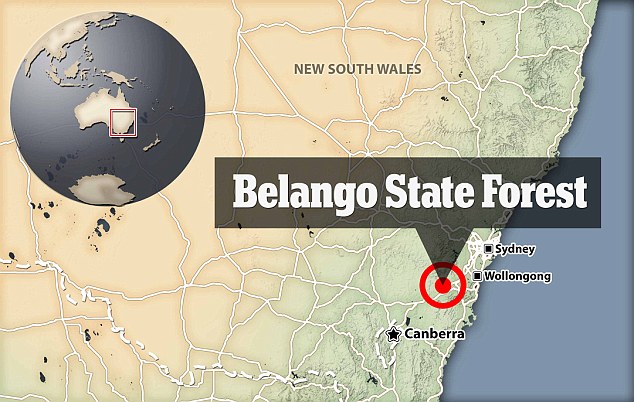 The Belanglo State Forest is located in the Southern Highlands of New South Wales, between Sydney and Canberra

Ivan Robert Marko Milat was born in Sydney on December 27, 1944, the fifth of 14 children.

He served time in a juvenile correction centre and prison for relatively minor charges.

In 1974, he was cleared of raping one of two young hitchhikers he picked up three years earlier near the same highway where the seven murdered backpackers were picked up.

MILAT’S VICTIMS AND THEIR REMAINS

Melbourne couple James Gibson and Deborah Everist, both 19, were last seen in inner-Sydney in December 1989 after planning to hitchhike. Their skeletal remains were found in Belanglo State Forest in October 1993.

German backpacker Simone Schmidl, 20, vanished while hitchhiking from Sydney to Melbourne in January 1991. Her remains were found in the forest in November 1993.

German backpackers Gabor Neugebauer, 21, and Anja Habschied, 20, disappeared from Kings Cross having planned to hitchhike from Sydney to Darwin in December 1991. Their remains were found in November 1993.

British backpackers Caroline Clarke, 21, and Joanne Walters, 22, left a Kings Cross hostel in April 1992. Their bodies were found in the forest in September 1992.

THE ONE WHO GOT AWAY

British backpacker Paul Thomas Onions fled from a driver with a gun near the turn-off to the forest on January 25, 1990. He gave a description of his assailant to police on the day of the attack but only identified Milat as that man from 13 photographs shown to him by police four years later.

Police raided a home in Eagle Vale, on the outskirts of Sydney, on May 22, 1994 and arrested Milat.

He was charged with seven counts of murder and one count of kidnapping Mr Onions.

He was found guilty of all charges in July 1996 and jailed for life.

Both the crown and defence agreed the murderer was Milat.

Prosecutor Mark Tedeschi, QC, said the evidence points to Milat being the killer although it was likely he did not act alone.

Defence barrister Terry Martin said it was a reasonable possibility it was his brother Richard, perhaps aided by another sibling Walter or a friend.

Mr Tedeschi told the jury up to 40 features relating to Milat matched the description Mr Onions gave of his attacker.

‘It is my submission there is only one person in the whole of Australia who matches all of those descriptions – the man, the car, the equipment and the place – and that is the accused,’ he said.

Submitting that the killer was not Ivan Milat acting alone or in company, Mr Martin suggested one or two of his brothers could have planted items, including gun parts linked to some murders, at his house.

‘Do you think a person capable of these most brutal of crimes would give two hoots about planting gear on a brother?’ he asked.

In a quivering voice, the trial judge Justice David Hunt jailed Milat for life on the day of the verdicts.

‘These seven young persons were at the threshold of their lives, with everything to look forward to – travel, career, happiness, love, family, and even old age,’ he said.

The programme indicated that Milat could have had up to another 20 victims.

‘We hope the programme will jog someone’s memory and they will feel confident to come forward,’ Mr Hughes said.

‘Policing was different in 1971, both here and in Australia, we just want to the police to be open about what they know and how they are pursuing the case, 50 years after Keren was killed.

‘Keren has not been respected, nor have her family.’

Mr Hughes, who grew up in Borth and was initially a Special Constable in Aberystwyth before a 30-year career in CID and crime intelligence, was interviewed at length for the documentary, which aired on Sunday.

‘I’ve known about Keren for 30 years, but trusted the police were doing their job properly and had reviewed the case at the time of Milat’s arrest in 1994,’ he said.

‘Operation Air [the police operation to catch Milat] did look at Keren, but never informed the family, which is reprehensible.

‘Steve is like my own brother. About four, five years ago he pealed with me to get help. He didn’t want to think anything had been missed in Keren’s case.

‘Police over there seem to be 20 years behind those here. We’ve asked them a series of questions and we’ve had no proper answers at all from them.’

Criminologist Dr Xanthe Mallett and criminal psychologist Tim Watson-Munro appeared on Australian TV show Sunrise ahead of the show’s release, where they made bold claims about the secrets Milat took to the grave.

‘Milat’s a psychopath, a marauding serial killer, no remorse. He clearly enjoyed what he did,’ Mr Watson-Munro told hosts David Koch and Natalie Barr.

‘I’ve worked with a lot of people over 40 years. Nothing had prepared me for the evil and horror of this particular offender.’

‘It was so similar to Belanglo. It really spoke to us, to have all of the same hallmarks as the Ivan Milat victims that we know are attributed to him.’

Mr Watson-Munro said they are sure about six deaths being linked to Milat.

‘We’re very firm on others. But in a generic sense, there’s lots of victims out there,’ he said.

‘There are other serial killers operating in Australia right now.’

Milat was born two days after Christmas 1944, one of 14 children of Australian-born Margaret and Yugoslavian-born Steven Milat who lived in Sydney’s west.

He left school at 15, had minor dealings with the police and worked on the roads for years, around Sydney and country NSW.

The self-confessed gun enthusiast was regarded as a conscientious employee, with one boss saying he was ‘the best worker we ever had’.

His former wife Karen, who left him in 1987 after four years of marriage, described him as ‘gun crazy’, recalling him killing kangaroos on a visit to Belanglo State Forest.

‘Ivan pulled out a rifle, shot the first kangaroo, shot the second kangaroo, slit its throat and kicked it to make sure it was dead,’ she said.

The outing could be seen as a gruesome preview of his frenzied attacks on the seven hitchhikers – Melbourne couple Deborah Everist, 19, and James Gibson, 19; German traveller Simone Schmidl, 21; German couple Anja Habschied, 20, and Gabor Neugebauer, 21; and British friends Joanne Walters, 22, and Caroline Clarke, 21.

Their bodies were found covered with branches and leaf litter in the forest between between September 1992 and November 1993.

One victim was decapitated, another shot 10 times in the head. Many were stabbed so savagely their bones were chipped, some had been gagged or bound, and some were suspected of having been sexually assaulted.

Milat also was found guilty of kidnapping British backpacker Paul Onions who escaped his clutches in January 1990, near the turn-off to the forest.

The crimes made headlines around the world, shattering Australia’s standing as a safe haven for budget-conscious young travellers.

Over the years, Milat has been linked to the disappearance of other young men and women.