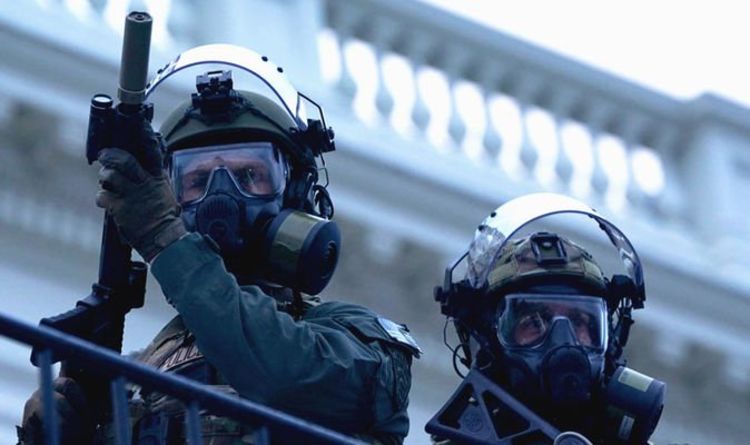 The clashes on January 6, the day Congress rubber-stamped Democrat Joe Biden’s victory, left five people dead, including one policeman, after thousands stormed the Capitol, which houses the Senate and House of Representatives. Mr Trump has now been persuaded to make the declaration citing the “emergency conditions” surrounding Mr Biden’s inauguration – which he has previously said he is boycotting.

Nevertheless, with barely a week left in office, Mr Trump is himself facing impeachment for the second time in his four-year presidency after a speech made hours earlier in which he urged his supporters to march on the building.

The FBI has warned of armed protests being planned for Washington DC and all 50 US state capitals leading up to President-elect Biden’s January 20 inauguration, a federal law enforcement source has confirmed.

Chad Wolf, the acting Homeland Security Secretary, said he had instructed the Secret Service to begin National Special Security Event operations for the inauguration effective Wednesday, instead of January 19 as previously scheduled.

He subsequently announced his decision to step down from his post. 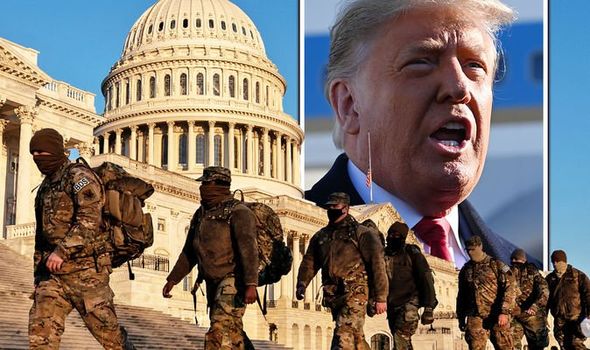 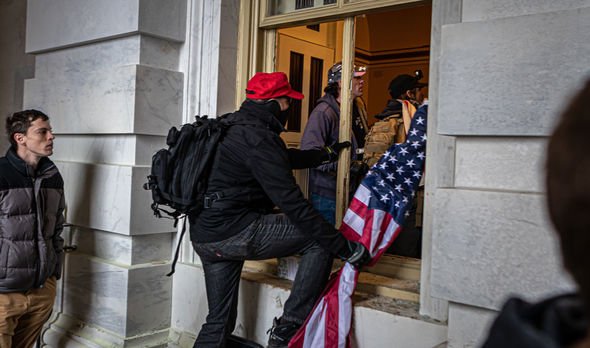 In other steps to safeguard Washington, the National Guard has been authorised to send up to 15,000 troops to Washington, and tourists were barred from visiting the Washington Monument until January 24.

Washington Mayor Muriel Bowser has called for the US Interior Department to cancel public-gathering permits through January 24.

Speaking yesterday, she said: “This inaugural planning period has to be very different than all the others.”

In state capitols and governors are likewise on high alert, with Saturday being seen as a potential flashpoint. 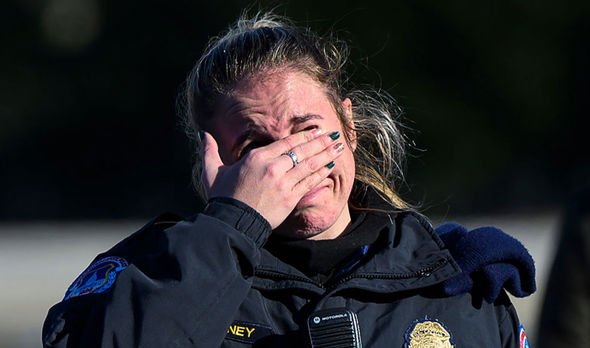 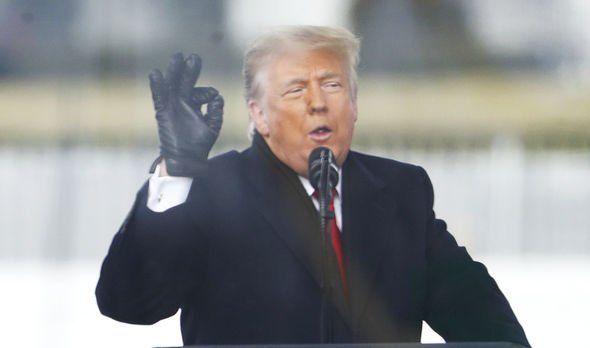 In Michigan, another swing state where Biden’s victory was contested by the 74-year-old, and where a plot to kidnap Governor Gretchen Whitmer was foiled after the election, the state’s Capitol Commission, which oversees the legislature, issued an order to ban the open carrying of weapons inside the Capitol building in Lansing.

Details continue to emerge in the wake of last Wednesday’s shocking scenes.

READ MORE
There is no fouler swamp-creature than Trump says ROSS CLARK [COMMENT]
Who was Ashli Babbitt? Rioter killed at the Capitol [EXPLAINER]
Meghan and Harry warned Queen may BANISH them if they break more rules [INSIGHT] 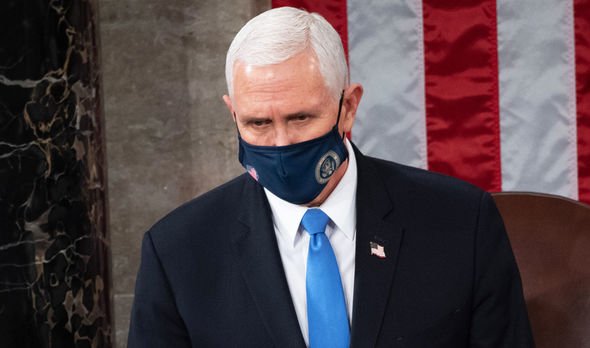 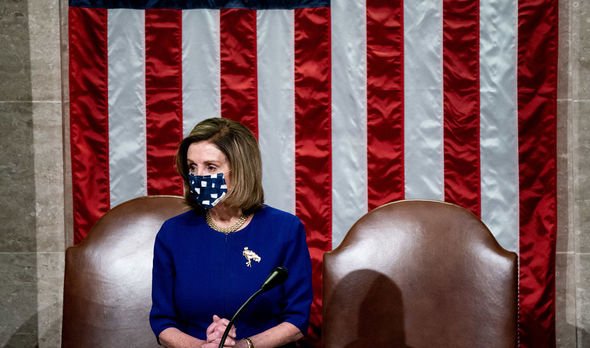 Counterterrorism prosecutors are probing the crowd of Trump supporters who stormed the Capitol last week.

Meanwhile, Mr Trump acknowledges he bears “some responsibility” for an assault on the US Capitol last week, Republican congressional leader Kevin McCarthy told party lawmakers on Monday, according to two people familiar with McCarthy’s briefing.

Democrats will give Mr Trump one last chance on Tuesday to leave office days before his term expires or face an unprecedented second impeachment. 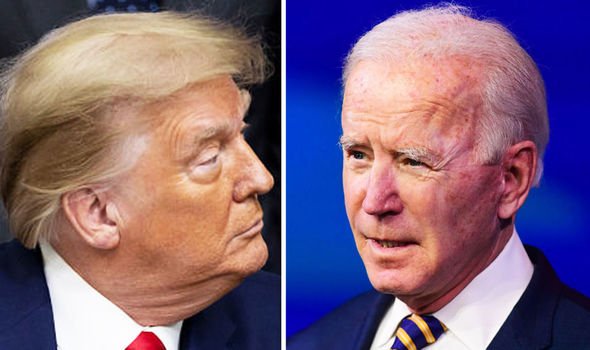 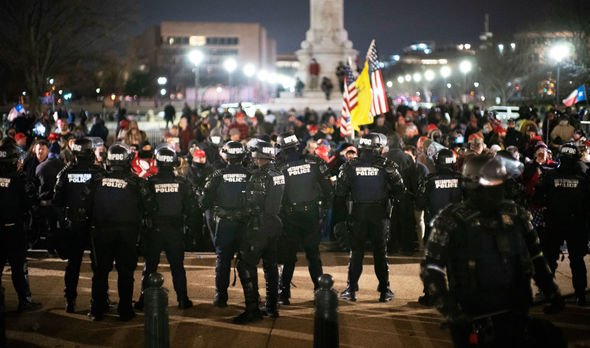 The Democratic-led House plans to vote as soon a tomorrow on formal charges of misconduct, known as articles of impeachment, unless Trump resigns or Vice President Mike Pence moves to oust him under a provision in the US Constitution.

The House is due to vote on Tuesday on a resolution calling on Mr Pence, a Republican, to invoke within a day the 25th Amendment, a never-before used law that allows a majority of the Cabinet to strip the president of power if he or she is unable to discharge the office’s duties.

However, Mr Pence’s advisers have said he is opposed to the idea. 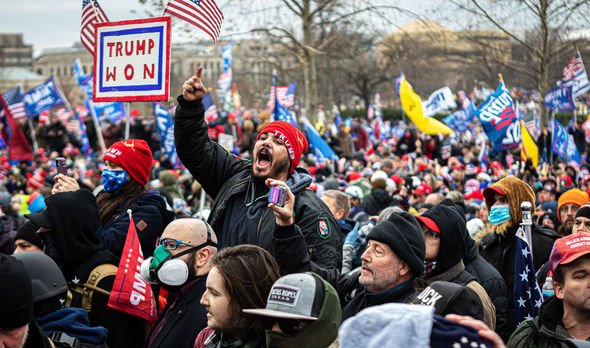 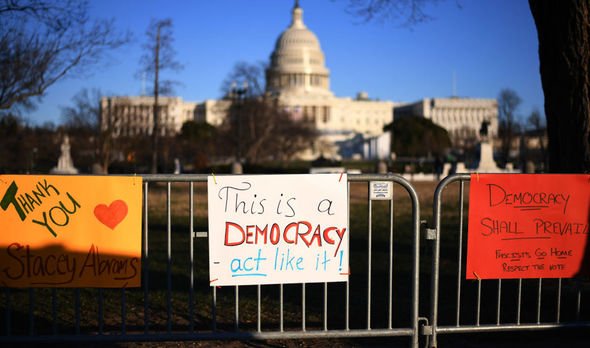 Mr Trump plans is scheduled to emerge from seclusion today for the first time since the riots, and will travel to Alamo, Texas, to visit his much-touted wall.

The billionaire agreed to the trip after members of his staff encouraged him to undertake events highlighting his legacy.

He has spent the last two months pushing bogus voter fraud claims in relation to the November 3 election.