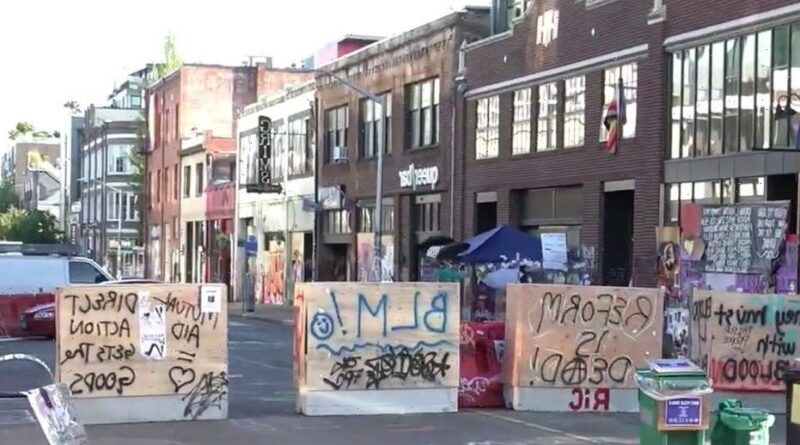 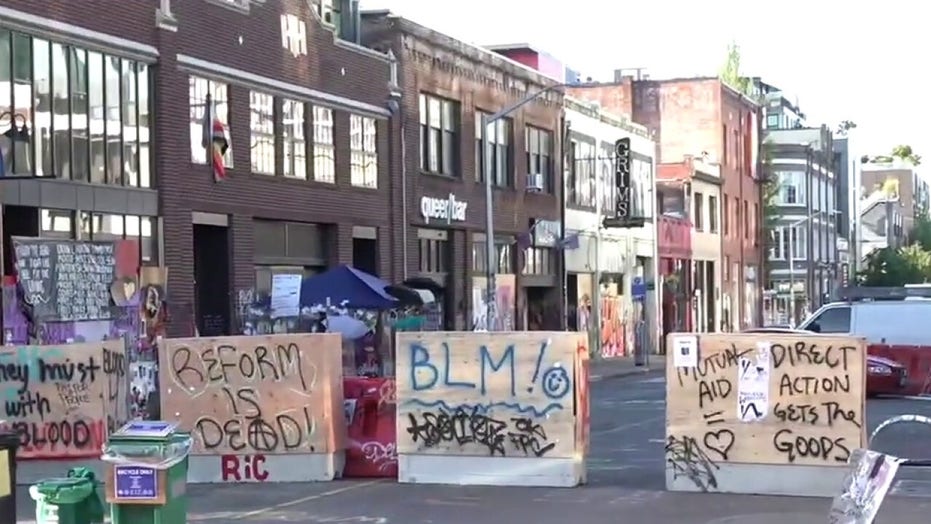 Seattle activists dig in for lengthy occupation in CHOP zone

Jonathan Hunt reports from the scene with an update.

A man who is suspected of shooting and killing another man inside Seattle’s Capitol Hill Organized Protest zone last year was arrested Monday and charged with first-degree murder.

Marcel Long, 19, was taken into custody by the Pacific Northwest Violent Offender Task Force after a brief foot chase in Des Moines, which is just a few miles south of Seattle, the U.S. Marshals announced.

Long is accused of murdering Lorenzo “Lil Renz” Anderson, 19, on June 20 of last year in Seattle’s CHOP zone, an area east of Seattle’s downtown that was occupied by protesters for weeks in 2020.

Officers were called to the scene of the shooting around 2:20 a.m., but were met by a raucous crowd and left after someone said Anderson had already been transported to a local hospital. Anderson died about 30 minutes after the initial 911 calls.

The two had problems since 2019, when Anderson lost to Long in a fight that was posted online, according to charging documents.

The night of the shooting, surveillance footage shows Long and Anderson in a heated discussion, followed by a fight and then Long pulling out a gun and shooting at Anderson twice, the charges state. 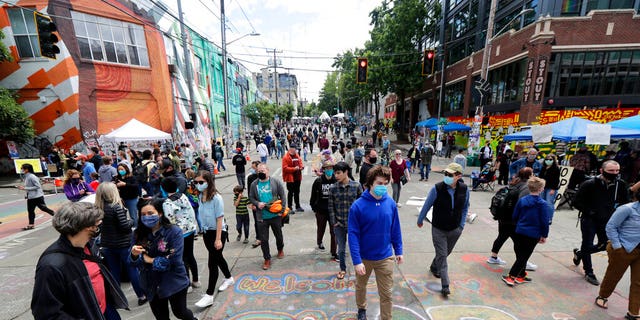 Visitors walk near a sign that reads "Welcome to CHOP," Sunday, June 14, 2020, inside what has been named the Capitol Hill Occupied Protest zone in Seattle. . (AP Photo/Ted S. Warren)

Anderson’s mother and father have filed separate lawsuits against the city, alleging that city officials were negligent in allowing the CHOP zone to exist and abandoning a nearby police precinct.

“Justice will not be served until the parties involved in the Chop Zone fiasco have been brought to justice,” Evan Oshan, an attorney for Anderson’s father, told KING-TV. “On behalf of Lorenzo’s estate and Horace Anderson [Lorenzo’s father], we are committed to getting to the core of why this black, special needs 19-year-old was left to die and bleed out on June 20, 2020.”

About a week after Anderson was killed, 16-year-old Antonio Mays Jr. was shot and killed in the CHOP zone and a 14-year-old was injured. No arrests have been made in that shooting.

After the shootings, Seattle police cleared out the CHOP zone on July 1 of last year and arrested more than three dozen protesters.

Long is currently being held at the King County Correctional Facility on a $2 million bond, jail records show.