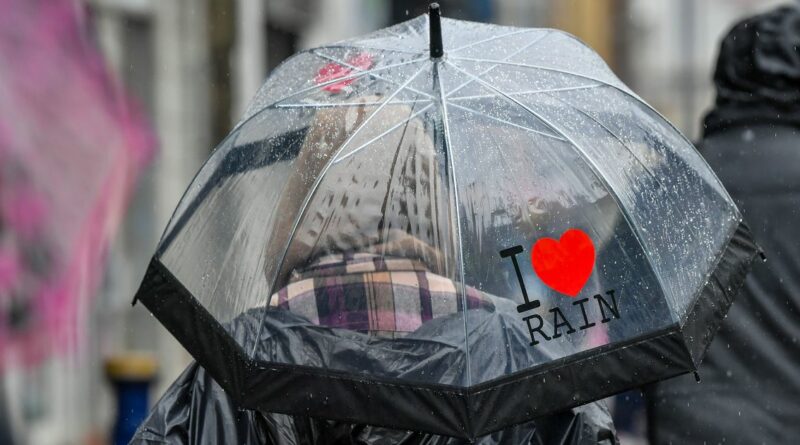 May has already been one of the wettest on record for the UK – and more downpours are on the way with two weeks of the month still left to go.

Compared to last year – when the UK was basking in lockdown sunshine – May 2021 has been a damp, miserable and cold month.

But things are only going to get worse as forecasters predict more downpours in the coming days – with temperatures set to linger around the mid-teens centigrade.

Fortunately, changes in lockdown regulations will meet those in England will finally be able to enjoy dinner and drinks indoors after five weeks of dicing with the elements while out for a pint.

It is reported that Wales has already reached its average monthly rainfall for May, while temperatures across the UK have remained stubbornly low.

In contrast, May 2020 was one of the sunniest on record, with 266 hours of sunshine recorded, and half the average monthly rainfall experienced.

May 2021 has brought just 34 hours of sunshine so far, while a jet stream has been blamed for the dreary weather.

A Met Office spokesman told The Mirror: “Usually we see the jet stream move to the north of the UK this time of year, bringing more settled conditions.

“But it is slightly to the south, allowing in colder air from the north.”

While Met Office forecaster Steven Keates said: “If the second half of the month is similar to the first, you’d probably be challenging a wet May record.”

As the outlook for the rest of the month looks unsettled, bookies are slashing the odds on 2021 bringing the wettest summer for the UK on record.

Coral has cut the odds on the wettest summer on record from 5-1 to just 2-1.

However, AccuWeather does offer a ray of hope – suggesting there could be a heatwave kicking off from June 15 that will last to July 1.