Home » World News » ‘We don’t need the army. We need the navy’: I saw the flood destruction. Where was our government? 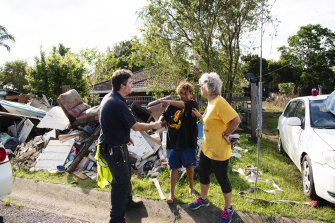 I’d been covering the Catholic hospital in Lismore for the first couple of days of the floods. With many other doctors cut off, we’d been treating patients offloaded from boats.

When I heard that Ballina District Hospital was being evacuated on March 1 to higher ground, I threw my medical kit in the back of a four-wheel drive.

I also dressed in my wetsuit and dive boots. I had my snorkel too.

As I drove into Ballina, power failed as we were passing the Big Prawn. 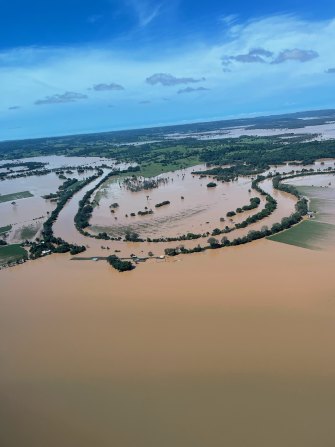 An aerial photo of Coraki. The muddy bit inside the curve of the river is where the town is located.Credit:Cam Hollows

It was scary. I knew if we couldn’t cross from West Ballina, we would be spending the night evacuating people in floodwater in the dark.

But we got to the hospital. It was a long night, treating and moving Ballina patients in a relatively orderly way to a local school where the hospital was relocated.

That night I was just another pair of hands helping out.

It was also my 40th birthday. 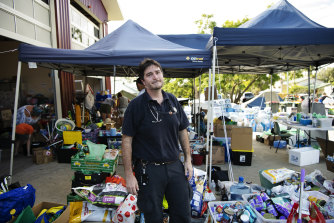 As the floods worsened the next day, a colleague and I offered to volunteer at one of the two major evacuation centres in Lismore only to find they were well-staffed. Many of the volunteer medics there had lost their homes or clinics but kept working.

But there was no doctor left in Coraki, the local Bundjalong’s people’s word for the place. Everybody in the Northern Rivers knows that Coraki– which sits on the confluence of the Richmond and Wilson rivers in northern NSW – is where floods hit worse, as it’s where four of the northern rivers meet.

More than 600 people and their pets had already spent a few days crammed into an evacuation centre. With no roads in or out, they’d been cut off from help or supplies for many days.

I hitched a ride there in a JetRanger helicopter. Knowing I was of little use without medical supplies, I signed out as much as I could think of from a local base hospital. And, with help from a medical student, packed it on the chopper.

Looking down from above, it was nothing but brown water and debris as far as the eye could see. It was like Vietnam’s Mekong Delta but with fewer boats.

Where Coraki is located, everything was underwater. The water had severed the town in half. Some residents were trapped on islands. 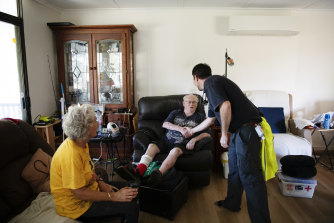 I remember thinking, ‘We don’t need the army. We need the navy.’

It smelled worse than many of the more unfortunate places I have been where there is no sewage (I used to live in Papua New Guinea).

Septic tanks were overflowing. The irony is that Coraki is a town full of plumbers who could do little to help because they’d lost their tools in the floods.

Arriving at the evacuation centre in the Uniting Church, I found local nursing, fire and SES staff and volunteers dead on their feet but still functioning. Who knows how? Again, many volunteers there had lost their homes but not their spirits.

They were working in a room filled with human misery. As a medical student, I had spent three months in a trauma hospital in Vietnam. Needless to say, that was better equipped than Coraki last week.

For the next two days and nights, I only napped on a bed requisitioned from a “state of the art” health facility disabled by lack of power and planning. 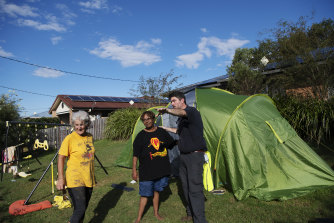 Together, volunteers and I established a functioning resuscitation centre and a wound clinic.

We treated locals whose feet looked like bags of mince. We patched up rescuers so they could get back on boats. Oldies had run out of medicine. There were loads of sore tummies, and sick and scared kids.

Mental health was a challenge for all generations.

I reviewed a patient’s arm that had been savaged by a kangaroo. Locals said they had treated a range of these injuries from roos that had panicked in rising waters.

Before I arrived, local nurses – many stranded from jobs in nearby towns – had triaged patients for medical evacuations, which we started loading on to helicopters. 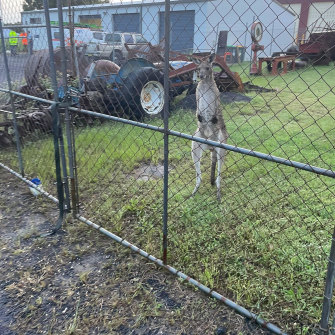 A kangaroo behind bars in Coraki.Credit:Dr Cam Hollows

The locals, including a NSW health nurse who had also been stranded from work, had been doing an outstanding job. But without additional help, it couldn’t last.

Until I was relieved after a couple of days, we didn’t see an additional NSW or Defence Force doctor or nurse.

I relied on locals and a Queensland optometrist who’d been stranded on the island. The irony of a Dr Hollows working with an optometrist was not lost on anyone.

We also had to check on the 50-bed nursing room cut off at the other end of town.

It turned out to be lucky that I had taken my defibrillator with me. A team of locals used it to resuscitate a man who had a massive cardiac arrest in the lounge room of a house nearby. People rarely come back to life outside a hospital.

For the vast majority of my time in Coraki, communication was cut off, and rumours were flying everywhere, one of which turned out to be true. I worried when I heard there was a woman who was pregnant with a severe medical condition who had been sling-lifted to the evacuation centre to Coraki from her trapped home.

We finally found her and organised to get her airlifted to safety.

I was very relieved when replacements arrived, former medical colleagues with whom I had shared many sick patients and night shifts in the past.

I got home on Saturday to find a letter from my six-year-old daughter, written while I was away. “Dad, don’t want you to go.” She wrote she was “wuryd”. 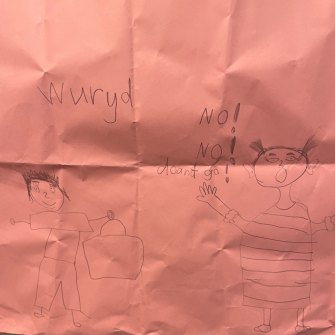 After spending more than two days and nights caring for stranded flood victims at Coraki, Dr Cam Hollows returned home to this card from his six-year-old daughter. Credit:Cam Hollows

I returned to Coraki last Tuesday, the ninth day of the flood. Apart from phone coverage which I had helped organised, no doctor had yet to visit the nursing home. Yet again, aged care had been forgotten.

Australia is a nation where battlers survive natural disasters. But the real disaster was the lack of planning and failed response from government. Our weather has changed, but it is clear our government hasn’t kept up.

There are still plenty of people in Coraki – and other places heavily impacted by flooding – living in tents, shelters and cars. I can patch up wounds, but the mental health scars will remain long into the future.

Please be careful putting your hand in your pocket to help out, especially if you can’t afford it. Instead, ask what the government has done with the money it has already taken from you in taxes.

Cam Hollows is a doctor in the Northern Rivers and a member of the Hollows Foundation, which his father Fred Hollows, an ophthalmologist, set up to restore sight to around 90 million people.