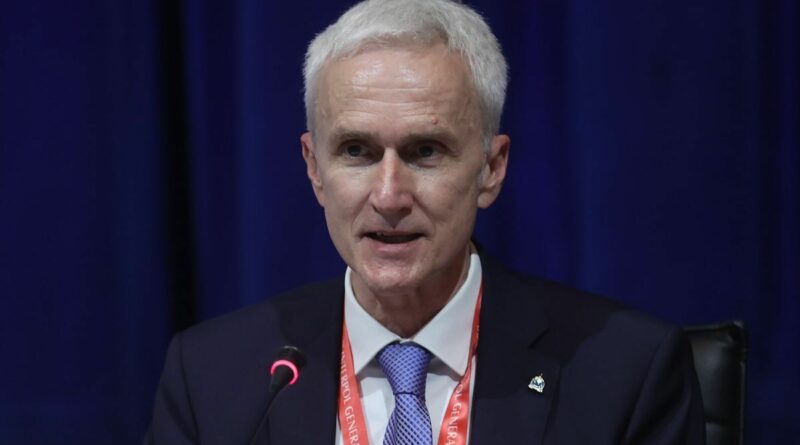 The head of Interpol has warned that weapons sent to help Ukraine in their conflict with Russia will eventually end up in the hands of criminals and in the global hidden economy. The Interpol Chief Jürgen Stock has urged allies to co-operate in arms tracing in an attempt to abate the threat.

Mr Stock told Interpol’s member states of the historical fact that following the conclusion of a war, a tidal wave of weapons such as guns enter the international market.

He said: “Once the guns fall silent [in Ukraine], the illegal weapons will come. We know this from many other theatres of conflict.

“The criminals are even now, as we speak, focusing on them.”

Since the beginning of the conflict at the end of February, Western allies have sent shipments to Ukraine of high-end military grade weapons.

On Tuesday, President Biden announced he would send further aid to Ukraine by supplying Kyiv with advanced missile systems and munitions.

Following US removal from Afghanistan in 2021 after two decades of conflict, high levels of advanced military equipment was left behind which was taken up by the Taliban.

Mr Stock said: “Criminal groups try to exploit these chaotic situations and the availability of weapons, even those used by the military and including heavy weapons.

“These will be available on the criminal market and will create a challenge.

“No country or region can deal with it in isolation because these groups operate at a global level.”

He added: “We can expect an influx of weapons in Europe and beyond.

“We should be alarmed, and we have to expect these weapons to be trafficked not only to neighbouring countries but to other continents.”

While speaking to the Anglo-American Press Association in Paris, the Interpol Chief addressed the increasing issue of large-scale fertiliser theft, fuel theft and the increase in counterfeit agrochemicals.

He said: “These products have become more valuable.”

This in turn means that violence tends to increase when valuable items are in short supply and increase in worth.

The Interpol organisation has a duty to remain politically neutral and so Mr Stock confirmed that Interpol was not investigating alleged money laundering and sanction breaking by Russian oligarchs.

He also confirmed that the constitution of Interpol means they cannot investigate alleged war crimes though they received a request from Ukraine to help with identifying those killed in the war.

He said: “We are not in Ukraine, but we could help with this. It is classical identification work.”