FLOOD warnings are in place for parts of the UK this week as Britain is set to be battered by rain, wind and plunging temperatures.

Tom Morgan, a meteorologist at the Met Office, said: "It's going to be a bit of a rollercoaster next week with a spell of unsettled weather on the way.

"It will be fairly mild on Monday to Wednesday, especially in the southern regions, and will be a lot brighter and drier than what we've seen across the weekend, though rain will still come and go.

"It's a different story for the rest of the UK, which will be considerably colder and wetter, with up to 150mm of rainfall expected in mountainous regions of Northern Ireland, Scotland and northern England." 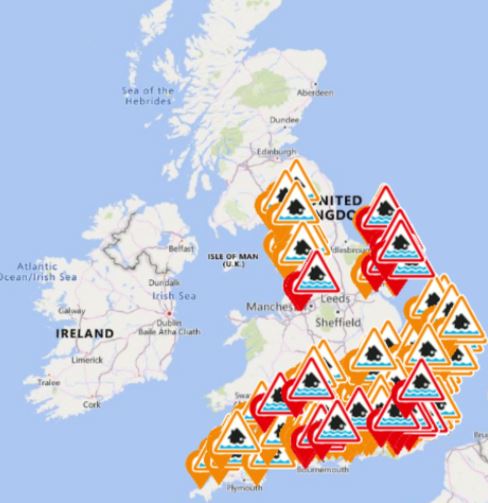