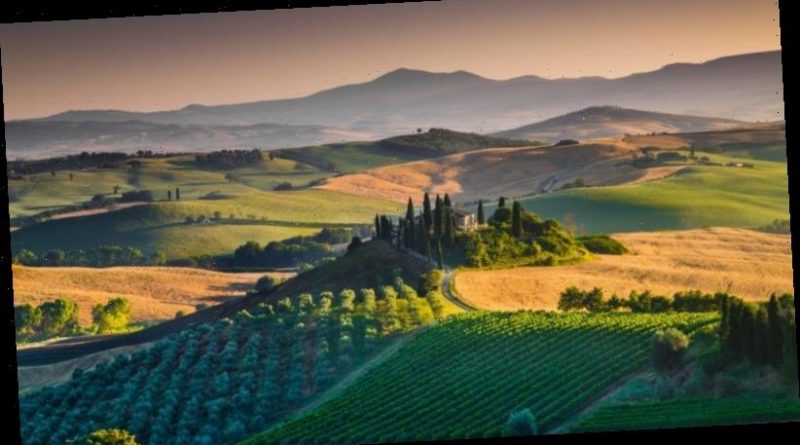 Rome: Italian regional leaders are fighting against plans to dump nuclear waste in some of the most picturesque areas of the country.

Some of the 67 potential sites earmarked to become a national contaminated waste facility include the rolling valleys of Tuscany and the countryside around the southern ancient town of Matera, famed for its cavernous homes.

The governors of the seven affected regions, including Piedmont, Puglia, Basilicata, Sardinia and Sicily, have accused the national government and SOGIN, Italy's nuclear decommissioning agency, of failing to consult them. Italy closed down its nuclear power plants after a referendum in 1987 – held in the wake of the 1986 Chernobyl disaster. 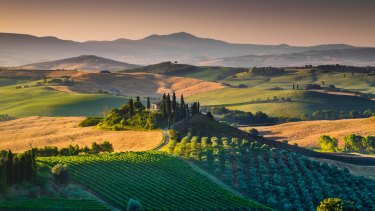 The rolling hills and valleys of scenic Tuscany in golden morning light.Credit:iStock

The new deposit site would store waste from those power plants as well as radioactive material that is still produced by industry, hospitals and research centres.

Manolo Garosi, the mayor of Pienza, a Tuscan hill town, said he was incredulous about the prospect of a nuclear dump being located in his region.

"How can they be considering a region like ours, which has World Heritage recognition? It is totally unacceptable. This is an area of natural beauty," he told Corriere della Sera newspaper. "I can't imagine what tourists would say when they come here looking for beauty and discover instead radioactive waste dumps."

Domenico Bennardi, the mayor of Matera, said locating the dump near the town would be a "slap in the face", particularly as it was a European City of Culture in 2019. It was also used as a location for the forthcoming Bond film No Time To Die. "We'll fight it at every level," he said. 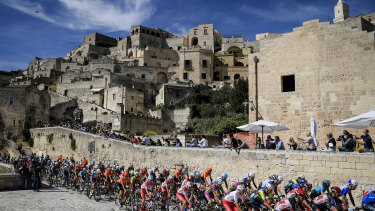 The Giro d’Italia pedals along the ancient city of Matera in southern Italy.Credit:LaPresse/AP

More than 20 of the potential dump sites are in the northern part of Lazio, famed for its Etruscan heritage, small villages and farmland. One of the sites is near the village of Gallese, where William Urquhart, a British businessman, helps run a country estate that his family has managed for more than a century.

"It seems mad to choose an area of designated natural beauty for something like this," he said. "The government seems to have sprung this on the country out of the blue, in the middle of a pandemic in which people have become more conscious than ever of the importance of protecting the environment.

"Of course, no one wants buried nuclear waste where they live, but it needs to be an open, transparent process. Instead, it has come as a bombshell that will frighten a lot of people."

The publication of the map of potential sites is the first stage in a long process that could last years.

"Now that people have seen the list, they can participate in the process and express their views," said Deputy Environment Minister Roberto Morassut.

The government said the nuclear deposit site could bring benefits to a region – there would be 4000 jobs during the four-year construction phase and up to 1000 jobs when it is operational. The 370-acre facility would cost about €900 million ($1.4 billion).