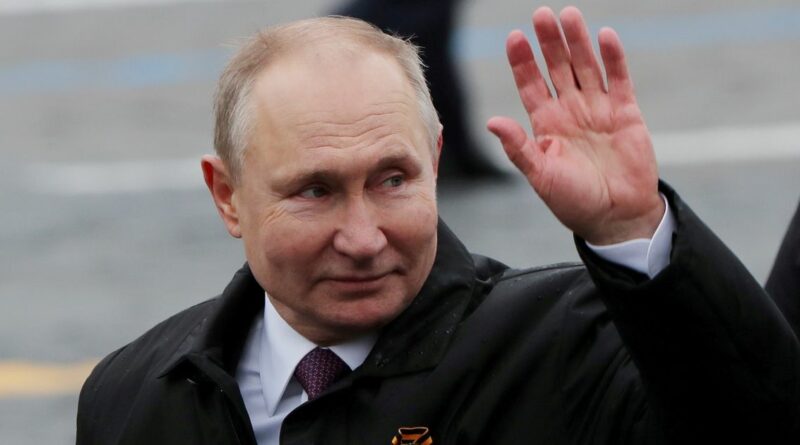 Defence Secretary Ben Wallace warned the west must "prepare for the worst" as conflict with Russia looms.

Russia has told the US to back off over mounting tensions with Ukraine or "endanger not only its own security but that of Europe" as World War III fears mount, The Sun reports.

In a dark intervention, Ben Wallace vowed that Britain would "stand up to bullies" amid rising tensions in Eastern Europe and fears over a Russian invasion of Ukraine.

Mr Wallace said distance should "not deter Britain" from seeking to "defend those who cannot defend themselves" as the West confronts Russia over its "aggression" towards its neighbour.

On Monday, there appeared to be no major breakthrough during talks in Geneva between US and Russian officials as the pair locked horns over Ukraine.

There has been a large build-up of tens of thousands of Russian troops near the border with Ukraine, with the talks aimed at defusing the crisis before it explodes into a full-blown military conflict.

Troops are continuing to flood the border amid fears Vladimir Putin is gearing up for a "short, sharp war".

Russian deputy foreign minister Sergei Ryabkov insisted Moscow had "no intention to invade Ukraine" – but Mr Wallace said there is "concern" about the Kremlin's behaviour.

He told a Policy Exchange event to mark 40 years since the Falklands War: "We should not be overly optimistic, and must prepare for the worst.

"The parallels with 40 years ago barely need articulating."

In a warning shot to Russia, the Defence Secretary insisted Britain must "always be ready" for war if needed and "distance should not deter Britain, nor should the scale of the challenge".

Speaking after the first day of the week-long talks, Mr Ryabkov warned the US to not take any steps that "endanger not only its own security but that of Europe".

He said it is now up to NATO to make a "step", not Russia.

Mr Ryabkov said: "If this does not happen, this issue will be assessed and looked at along with all the other factors."

Jens Stoltenberg, the head of the NATO alliance, has warned that the risk of conflict in Ukraine is real.

Mr Stoltenberg said: "The Russian military build-up has not stopped.

"There are more forces, more capabilities. The risk of conflict is real. Russia's aggressive actions seriously undermine the security order in Europe."

The UK's Foreign, Commonwealth and Development Office has urged Russia to "stop its acts of aggression" – repeating its warning of "severe costs" for any invasion of Ukraine.

A spokesperson for the department said: "The UK is working closely with our allies and partners, including the US, to make clear to Russia that we will not accept its campaign to subvert its democratic neighbours.

"Russia must stop its acts of aggression and pursue a path of diplomacy.

"We are united with our allies and partners in condemning Russia's threatening behaviour and we will hold Russia to its Helsinki, Budapest and Minsk commitments."

They added: "Any military incursion into Ukraine would be a massive strategic mistake with severe costs.

"At the Nato-Russia Council on Wednesday the UK, along with our allies, will tell Russia that its military build-up on Ukraine's borders is utterly unacceptable."