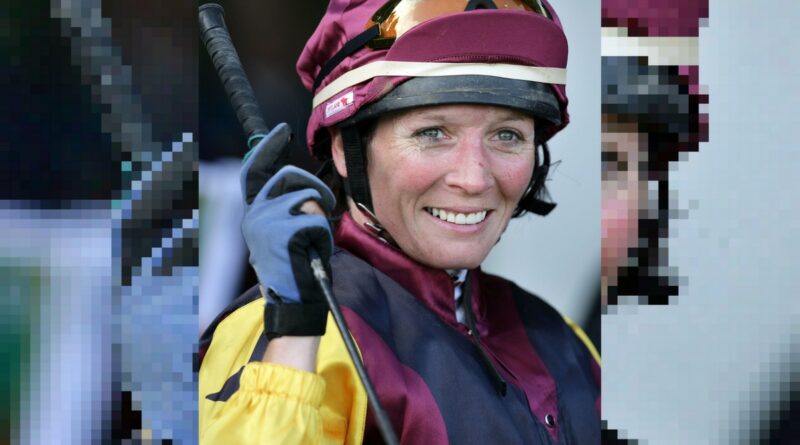 A trainer and her horse have been banned from racing after methamphetamine was found in both their systems after a successful race.

Rochelle Lockett received a three-year disqualification from the Racing Integrity Boardearlier this week. But if she can stay off the drug for 18 months she might be allowed to saddle-up again.

The test came after Be Flexi won its race at the Otaki-Māori Racing Club meeting at Otaki in January 5 this year, earning its owners a stake of $6720.

The horse was swabbed after the win and when the results came back later in the month they showed there was meth in its system.

Lockett was then required to provide urine and hair samples, which both came back positive for the class A controlled drug. Traces of meth were also found inside the horse truck used to transport Be Flexi.

The 50-year-old initially offered investigators no explanation as to how meth got into her horse’s system but did admit to taking the drug herself in November 2021.

After her own results came back positive in late January she admitted to using meth on her birthday, two days prior to the race meeting.

The manager of the RIB’s Integrity Unit, Neil Grimstone, told the board the fact Lockett had misled an investigator about the extent of her drug use was an aggravating factor.

“The respondent had admitted only use on a very casual basis, whereas the hair sample she provided showed a history of methamphetamine abuse over the previous months.”

The board met in early April to discuss Lockett’s penalty, and during the meeting she told the committee she never wanted to hurt an animal.

She said she loved horses and had worked with them her whole life.

She said knew she had let everyone in her life down and would do whatever she could to “make it right”.

Her employer asked the board to give Lockett a chance, saying Thoroughbred Racing was short of “good people like Ms Lockett”, who was a loyal and hardworking person but made a mistake.

When approached by NZME, Lockett, a licensed trainer who has been involved in the thoroughbred racing industry all her life, said she was focusing on her recovery and did not want to make any further comment.

She no longer has any horses and told the board she was wanting to get treatment for her drug use.

Since 2001 there have been 14 cases where trainers or jockeys have tested positive for methamphetamine.

However, the first instance of a horse testing positive for the drug was I’m Not Ticklish in 2014. Its trainer Tracey Newton was banned for three years and denied giving her horse meth, nor did she have any of it in her system.

The SPCA’s scientific officer, Dr Alison Vaughan, said not many studies had been done on the impact of meth on horses, but given the negative affects it had on humans it shouldn’t be given to or used around any animal.

“The SPCA’s position on this is pretty clear … the racing industry has a responsibility to keep these animal’s safe.

“We’re seeing these kinds of cases crop up quite a few times, though it doesn’t always appear to have been intentionally administered to the horse.

Earlier this week horse trainer Scott Dickson was fined $14,000 after being found guilty of racing a horse with a banned substance in its system.

It’s the second time in four years Dickson has been penalised by the Racing Integrity Board after excess carbon monoxide was detected in his horses.

These tests are done to detect the presence of sodium bicarbonate or other alkaline substances which help prevent the buildup of lactic acid – giving a racehorse an advantage in endurance events.

Typically sodium bicarbonate – baking soda – can be added to an animal’s feed or mixed with water and sugar and pumped into the animal’s stomach through a tube in their nostril in a process known as “milkshaking”.

“It’s stressful, dangerous and recent studies have shown it doesn’t even work.”