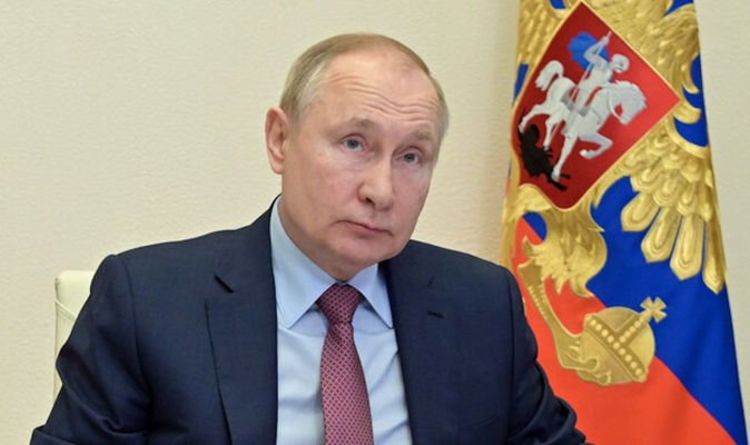 Successive Russian administrations, not just Vladimir Putin’s, have spent decades building a network of gas pipelines through Europe. Much of the continent, the UK included, is now reliant on the nation’s many nationalised gas firms, and Mr Putin’s hands sit on the tap. With his intervention, some countries would lose almost all their gas, while costs would skyrocket to unsustainable highs elsewhere.

What happens to Europe if Russia switches off the gas?

Mr Putin is holding a knife over Europe, as he has already demonstrated how easy it is for him to turn off the gas.

In late 2021, he cut off supplies by ordering a company to redirect gas from one pipeline back towards Russia, a move he said was prompted by his country’s increased need.

The resulting gas price increase put an increased burden on many Europeans from which they are yet to recover.

The chaos at the end of last year came from just one pipeline in the Russian network.

If the country chose to shut down the entire thing, keeping gas for itself and other allies, not threatening sanctions or retribution for events in Ukraine, it would leave Europe reliant on stores.

The European Union has a reserve gas supply the bloc believes is large enough to survive a “dramatic” disruption on Russia’s end.

A forecast from Brussels-based thinktank Bruegel suggested this wouldn’t last long, however.

EU reserves would hold for three months until April, but this is dependent on the weather and type of energy member states use.

A colder winter would likely mean the bloc burns through its supplies much quicker while using coal and fuel instead of gas would allow it to save some in storage.

Central and Eastern European countries will ultimately have the most difficulty, with gas primarily concentrated in the west.

Several nations draw almost all of their natural gas supply from Russia, leaving them exceptionally vulnerable.

Market figures from the EU association of energy regulators in 2020 found seven, some sharing a border with Russia, that take two-thirds from the country.

Those highly reliant nations include:

Ultimately, being cut off from Russia would force them into negotiation to reestablish gas flows or reach out to other nations.

Most EU countries would be hamstrung by demand, as they are already struggling with sourcing supply for themselves during skyrocketing prices.

Without them, they would have to turn to US-sourced liquified natural gas (LNG), as 70 percent of the country’s supply crosses the Atlantic.

President Biden has pledged to look at ways it can secure oil for Europe, but at present, that would leave them equally dependent on the US.

In future, he plans to use a combination of countries from Africa and the Middle East to shore up EU supplies.

Would turning off the gas benefit Vladimir Putin?

Russia turning off the EU’s gas would be both unlikely and unprecedented.

The country relies on Europe for custom, and Mr Putin has pledged to honour contracts firms under his influence have with other nations.

He is trying to shore up support in the west for his Nord Stream 2 pipeline, which, if green-lit, would leave the EU increasingly reliant on him.

Although built, Germany has not launched the service yet out of fears over Russian control and pressure from the White House.

He will hope to have it operational by some point later this year, providing Russian gas with another income stream.

Sanctions may threaten Russia’s ability to transport gas, as the EU has threatened to cut off access to its SWIFT payment platform.

The platform allows countries to transfer cash around the world, and without access, Russian gas companies would not be able to receive payment, meaning they have to shut off the supply.