Home » World News » What's the Momo challenge and how is the 'suicide game' real AND a hoax?

Several police forces have voiced their concerns over Momo. Here's the latest on the warnings that have been issued and advice on how to talk about it with your children. 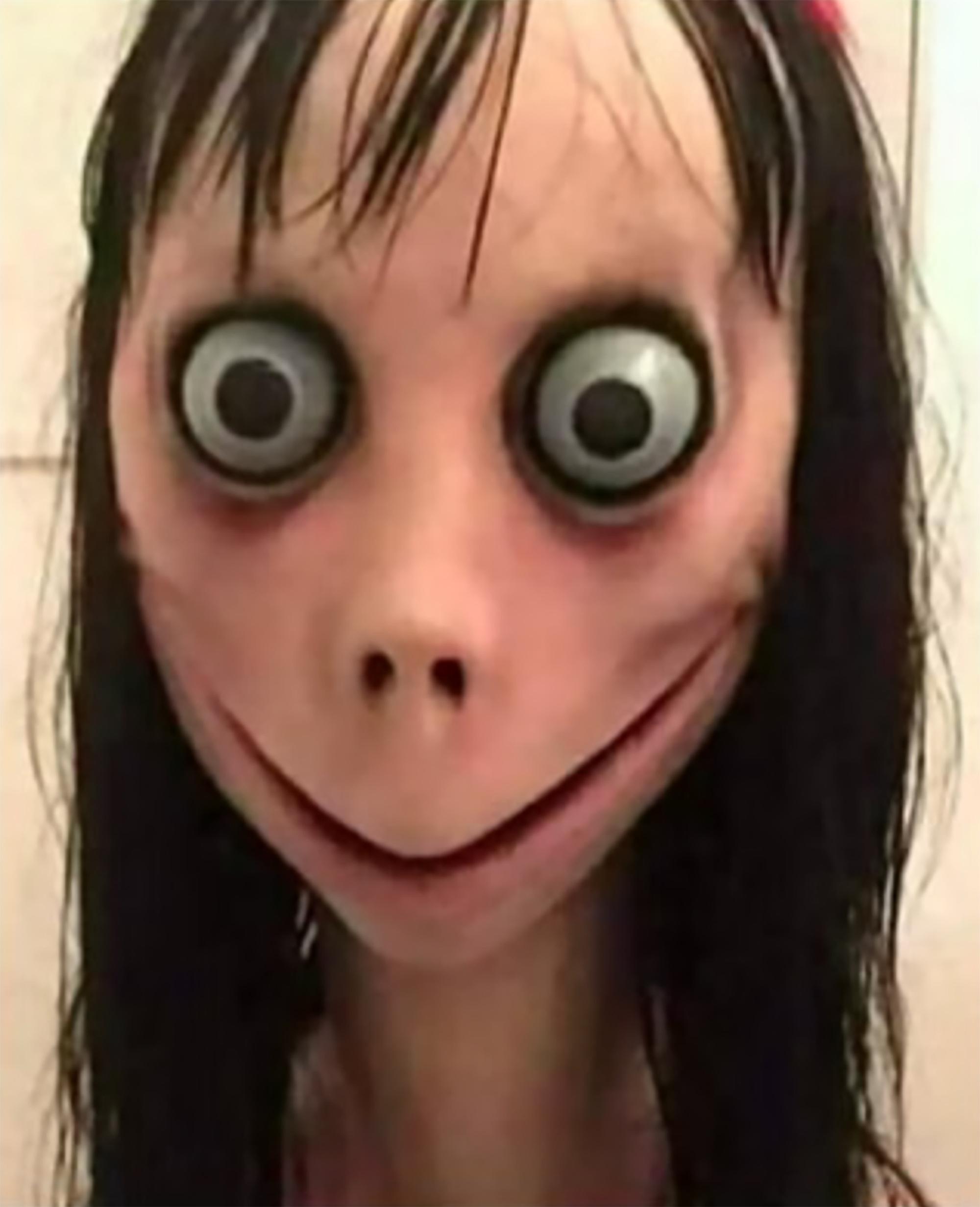 What is the Momo Challenge and is it real or a hoax?

Momo is a disturbing WhatsApp "suicide" game feared to have taken the life of a 12-year-old girl.

According to the Computer Crime Investigation Unit in the Mexican state of Tabasco, the game started on Facebook where members were "challenged" to communicate with an unknown number.

Several users have reportedly claimed that Momo responds with violent images and players are threatened if they refuse to follow the game's "orders" and dares.

However, it is not clear what the number is, although several fake numbers have reportedly been posted online.

The avatar used by Momo is an image of a woman with grotesque features and bulging eyes.

It is from a sculpture created by special effects outfit Link Factory, and was recently featured in a display at an art gallery in Tokyo, Japan.

Speaking to BBC News Portuguese language site, Rodrigo Nejm of Brazil's NGO Safernet said it's unclear how widespread the game is but claimed it was most likely a form of "bait" used by criminals to steal data and extort people on the internet.

FOR KIDS: How to say no

1) Say it with confidence:
Be assertive. It’s your choice and you don’t have to do something which makes you feel unsafe or uncomfortable.

2) Try not to judge them:
By respecting their choices, they should respect yours.

Any child worried about peer pressure or online worries can contact Childline on 0800 1111. 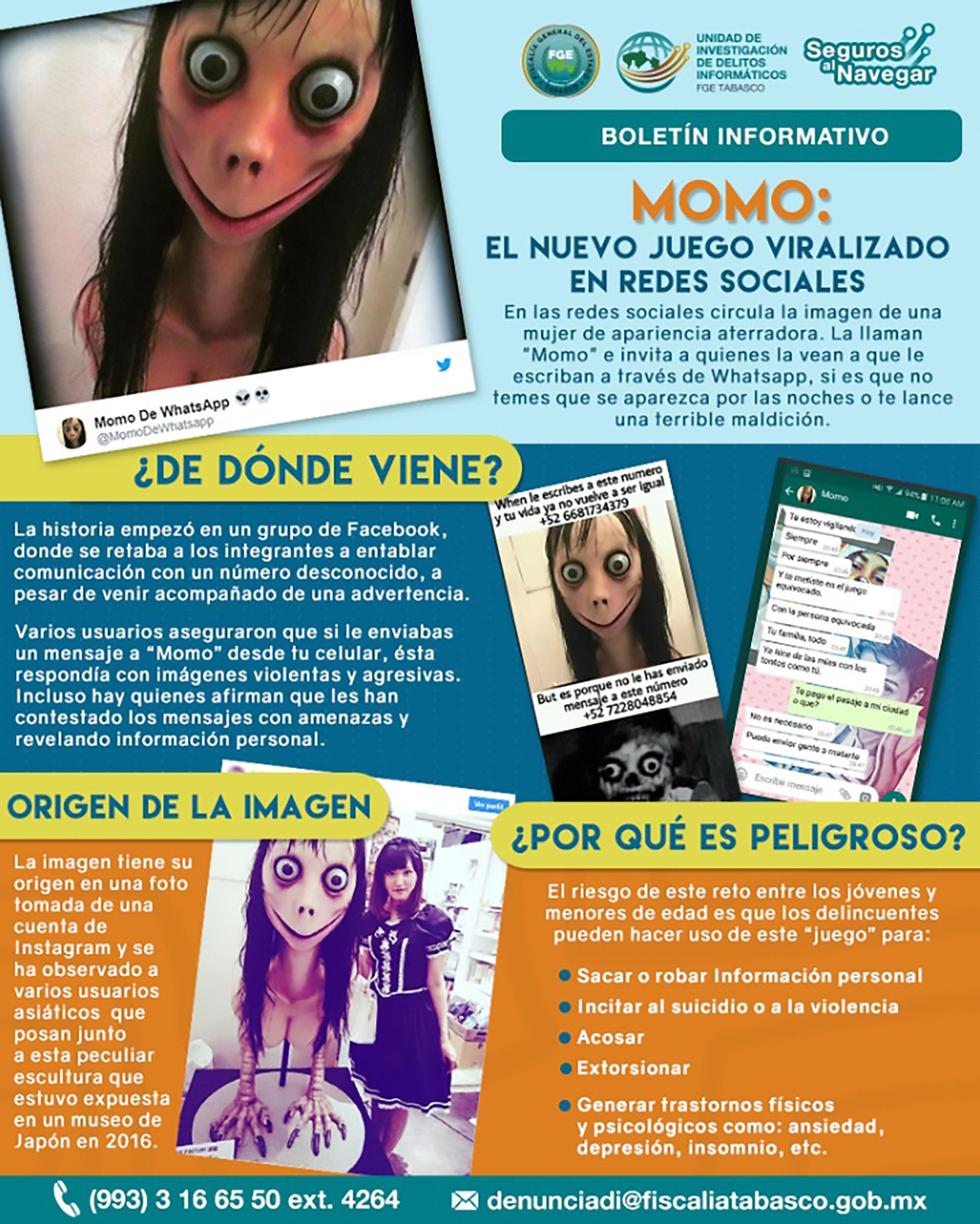 How many deaths has the WhatsApp suicide game been linked to?

Cops in Argentina are linking the game to the death of a 12-year-old who took her own life and have issued a warning to parents, the Buenos Aires Times reported.

They are hunting for the “adolescent with whom she exchanged those messages”.

The National Police of Spain have warned against the "absurd challenges".

The 18-year-old, named locally as Manish Sarki, was found in a livestock shed which had the words "Illuminati" and "Devil's one eye" scrawled on the wall.

In September 2018, a 12-year-old girl and a 16-year-old boy in Colombia killed themselves after reportedly playing the sick game.

Their deaths happened within a 48 hour period in the Barbosa in Santander in the west of the South American country.

SAFETY NET: How to keep your child safe online

The Internet can be an amazing tool to help children learn and play.

But with the digital world changing all the time, how can you make sure your child is safe?

Talk to your children

On February 27, it was revealed that UK schools had sent out letters warning of the challenge.

And a young girl, 5, from Cheltenham cut off her own hair after being "brainwashed" by the sick Momo Challenge.

The National Police of Spain have warned "it is better to ignore absurd challenges that come in the fashion in WhatsApp".

They added on Twitter: "Do not go into 'Momo'! If you record the number on your calendar, you will see a strange woman's face, it's the latest WhatsApp viral to come in vogue among teenagers.”

How can parents protect their children?

Carolyn Bunting, CEO of online child safety group Internet Matters, told The Sun parents should sit down and talk with their children.

She said: “The existence of online challenges such as Momo are clearly a matter for concern for parents.

"Our latest Back To School research found 7 out of 10 parents of Year 7 pupils are worried their children will be pushed into dangerous online crazes and challenges.

“While it is important not to panic and jump to conclusions without knowing all of the facts, it is also healthy for parents to sit down with their children and talk about all aspects of their online world.

“Myth or not – this reinforces the need for parents to be have regular, honest and open conversations about what their children are doing online and who they are talking to.”

Is the Momo Challenge a hoax?

The creepy face of a Japanese sculpture was hijacked and spread on WhatsApp – reportedly with instructions enticing children to perform a series of dangerous tasks including self-harm and suicide.

In recent days police and schools have issued warnings about the challenge arriving in the UK and a number of parents have said their children have been exposed to it.

Commons Leader Andrea Leadsom even told MPs the Government is "extremely concerned" about it.

But confusingly UK charities and internet experts have suggested the challenge is a hoax.

The Samaritans and the NSPCC said there is no confirmed evidence anyone has come to physical harm.

And YouTube claimed: "We have found no evidence of videos showing or promoting the Momo challenge on YouTube."

While it appears the challenge itself may not have reached Britain, sick copycats have been traumatising children by splicing a ghoulish video of a bug-eyed girl into Peppa Pig cartoons and Fortnite gameplay footage.

If you are affected by any of the issues raised in this article, the Samaritans can be contacted on 020 7734 2800