Home » World News » ‘Where are the texts?’ Von der Leyen told to hand over messages with Pfizer boss 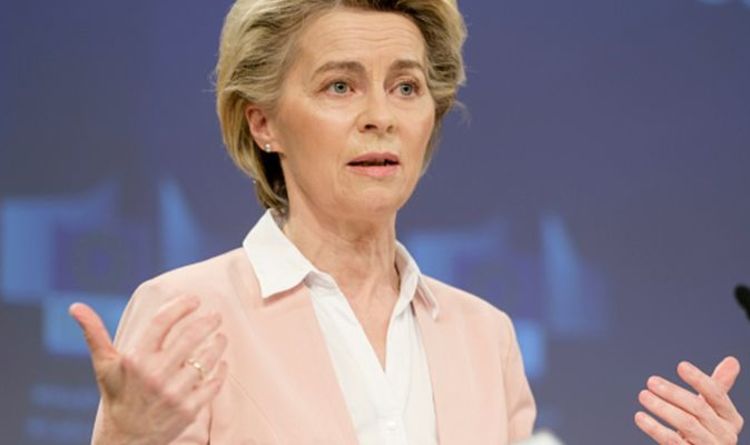 The EU Commission chief failed to disclose some text message exchanges during the height of the coronavirus pandemic last year. Prompted by a journalist to publicly disclose the documents, Mrs von der Leyen denied access to what she described as a “short-lived document which does not contain in principle important information”.

The move has since prompted an inquiry by the EU Ombudsman Emily O’Reilly who demanded the EU Commission President finds the texts to re-examine whether they constitute material which must be published in compliance to EU law.

According to the EU’s own regulations over public access to institutional documents, a document is defined as “any content whatever its medium … concerning a matter relating to the policies, activities and decisions falling within the institution’s sphere of responsibility”.

Slamming the Commission for “maladministration”, Ms O’Reilly said: “The narrow way in which this public access request was treated meant that no attempt was made to identify if any text messages existed. This falls short of reasonable expectations of transparency and administrative standards in the Commission.

“When it comes to the right of public access to EU documents, it is the content of the document that matters and not the device or form.

“If text messages concern EU policies and decisions, they should be treated as EU documents.

“The EU administration needs to update its document recording practices to reflect this reality.

“While this is a complex issue for many reasons, EU administrative practices should evolve and grow with the times we live in and the modern methods we use to communicate.”

Ms O’Reilly launched an inquiry into the European Commission’s refusal to hand over the contents of communications between Ms Von der Leyen and the Pfizer CEO in September.

The publication claimed these messages made clear Pfizer may have more doses it could offer the bloc and the EU would be thrilled to have them.

Ms Von der Leyen and Mr Bourla were first connected in January when the latter explained why his company had been forced to cut vaccine supplies while it upgraded manufacturing facilities in Belgium.

However, in the wake of communications between Ms Von der Leyen and Mr Bourla, the bloc secured a new contract which would include a 900 million dose order through 2023, with the option to add another 900 million.