Home » World News » While You Were Sleeping: 5 stories you might have missed, Jan 5 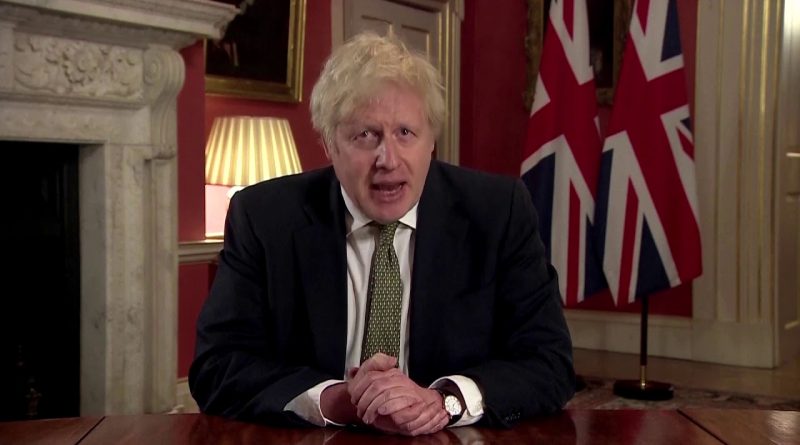 British Prime Minister Boris Johnson on Monday ordered England into a new national lockdown to try to slow a surge in Covid-19 cases that threatens to overwhelm parts of the health system before a vaccine programme reaches a critical mass.

Johnson said a new, more contagious variant of the coronavirus was spreading at great speed and urgent action was needed to slow it down.

“As I speak to you tonight, our hospitals are under more pressure from Covid than any time since the start of the pandemic,” Johnson said in a televised address to the country as he ditched his regional approach to fighting the pandemic.

“With most of the country already under extreme measures, it’s clear that we need to do more together to bring this new variant under control.

Georgia’s top election official said on Monday  that fellow Republican President Donald Trump had pushed him to take an “inappropriate” call in which he pressured the state to overturn his November presidential election defeat there.

In the call on Saturday, Trump told Georgia Secretary of State Brad Raffensperger to “find” enough votes to overturn his election loss in the southern state, according to a recording published by US media.

“I never believed it was appropriate to speak to the president but he pushed out, I guess he had his staff push us. They wanted a call,” Georgia Secretary of State Brad Raffensperger told ABC’s Good Morning America.

A California hospital was on Monday investigating if an inflatable costume worn by an emergency department employee on Christmas Day might have caused a coronavirus outbreak that infected dozens of people and killed one.

At least 44 staff members at Kaiser Permanente in San Jose tested positive for Covid-19 over the past week, and one died as a result of complications from the disease, according to a hospital spokesman.

The hospital is now probing whether an air-powered Christmas tree costume, which had big eyes, a smile, and a bright red nose may have fanned the spread of virus-laden droplets.

The sight of French police standing by as 2,500 people broke a national curfew to attend an illegal rave has embarrassed the government and led to questions as to why the partying was allowed to continue for two nights.

The event began on New Year’s Eve last Thursday at two disused hangars in a rural area of France’s northwestern Brittany region and had become a major international news story by the following day.

But it took until Saturday morning, more than 36 hours after techno music first began blaring from the banks of speakers, before police entered the premises and began confiscating material and cautioning participants.

A superb second-minute lob by Danny Ings against his former club gave Southampton a surprise 1-0 home win over Premier League leaders Liverpool, with the Reds’ attack looking rudderless as they were held scoreless for the second game in a row.

Ings, who joined Southampton on loan from Liverpool in 2018 before making the transfer permanent a year later, gave his side the lead as he latched on to James Ward-Prowse’s free kick before sending a deft left-footed lob over Alisson into the net.

Liverpool, who drew 0-0 at Newcastle United, did not manage a single shot on target in the opening 45 minutes but then dominated the second half.