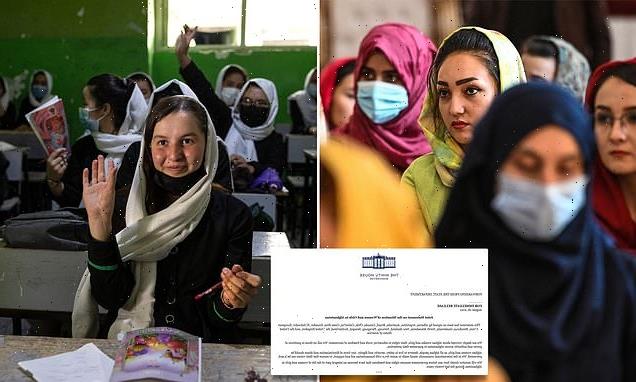 The White House has signed onto a joint statement calling on Afghan officials to ‘guarantee’ the safety and freedoms of Afghan women and girls amid concerns they are poised to endure yet more harsh treatment under the Taliban.

The statement comes after White House National Security Advisor Jake Sullivan said his ‘heart goes out’ to Afghan women and girls, and warned of the Taliban: ‘We’ve seen what they’ve done before.’

Gains by Afghan women, and thousands of Afghan women who were allowed to go to school under the U.S.-backed government, were one of the reasons policy makers cited for retaining a U.S. military presence. 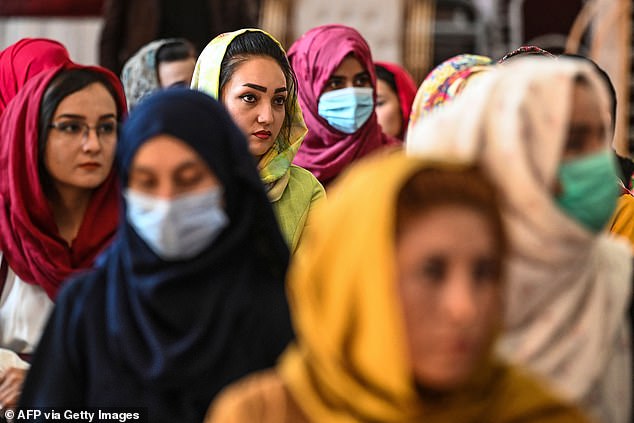 The U.S. and 19 other nations, along with the European Union, called on Afghanistan in a joint statement to ‘guarantee’ rights for women and girls

The Taliban has made assurances that women will have a role in the new government, but that has not alleviated concerns that stonings, ‘honor killings,’ and general repression of a public role for women will resume.

‘We are deeply worried about Afghan women and girls, their rights to education, work and freedom of movement. We call on those in positions of power and authority across Afghanistan to guarantee their protection,’ according to the joint statement, released by the U.S. State Department and the White House.

‘Afghan women and girls, as all Afghan people, deserve to live in safety, security and dignity. Any form of discrimination and abuse should be prevented. We in the international community stand ready to assist them with humanitarian aid and support, to ensure that their voices can be heard,’ it continues.

The nations vow that ‘We will monitor closely how any future government ensures rights and freedoms that have become an integral part of the life of women and girls in Afghanistan during the last twenty years.’ 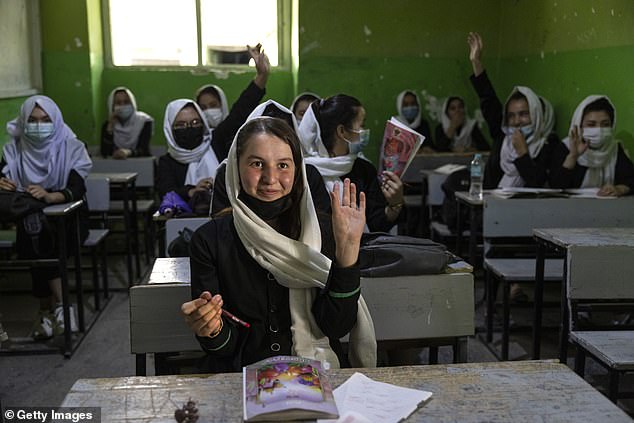 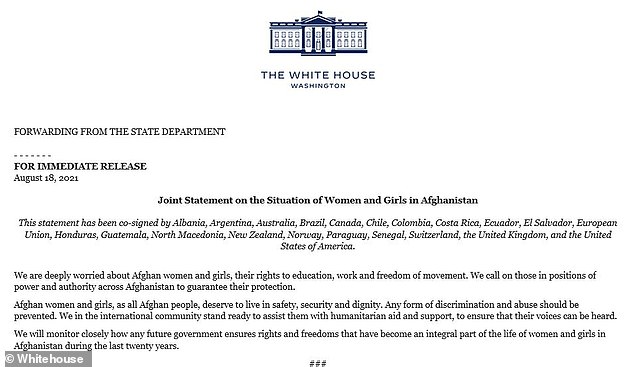 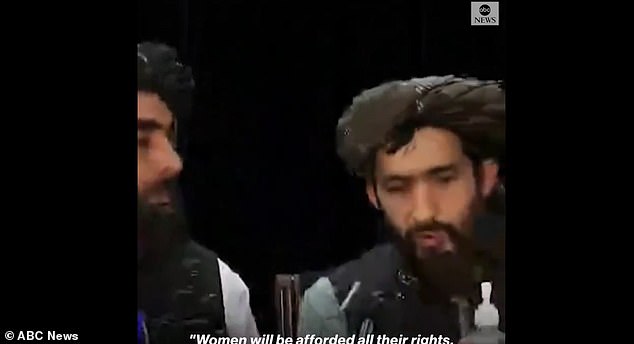 ‘We are guaranteeing all their rights within the limits of Islam,’ a Taliban spokesman said Tuesday 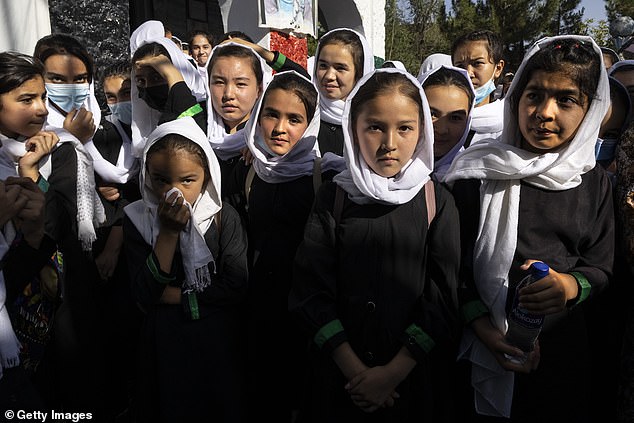 Malala, the Pakistan-born human rights activist, tweeted about her fears for the fate of Afghan women and girls

Absent from the statement is a threat to impose military or economic consequences should the Taliban impose harsh treatment of women.

Signing on to the statement were a range of countries including Albania, Argentina, Guatemala, New Zealand, Norway, and the United Kingdom, as well as the European Union.

Malala, the Pakistan-born human rights activist and Nobel Prize winner, tweeted after the fall of Kabul: ‘We watch in complete shock as Taliban takes control of Afghanistan. I am deeply worried about women, minorities and human rights advocates. Global, regional and local powers must call for an immediate ceasefire, provide urgent humanitarian aid and protect refugees and civilians.’

A Taliban spokesman said at a press conference Tuesday that: ‘Women will be afforded all their rights, whether it is in work or other activities, because women are a key part of society’

‘We are guaranteeing all their rights within the limits of Islam,’ said the spokesman, ABC News reported – a statement that includes a possible reference to Sharia law.

Another Taliban spokesman vouched that women would be allowed to maintain a role in society – then added: ‘If they continue to live according to Sharia, we will be happy, they will be happy.’